The 50 Best Places in the World to Photograph

See the world. Bring your camera. 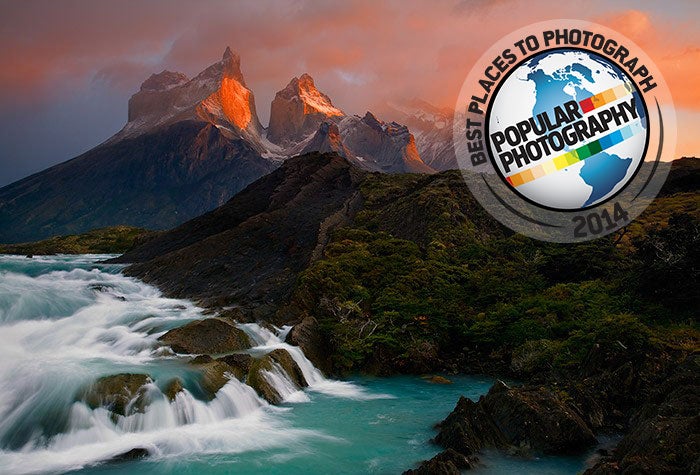 Whether you want to be surrounded by people or capture a place where nearly no one goes, shoot amazing art and architecture, or just visit places of pure magic or drama, we’ve got 50 of the best places in the world to go. Take your pick. Every location on this list guarantees you incredible pictures.

Honestly, this list could have thousands of entries, but the few mentioned here have a reputation for performing in front of a camera. Once you’ve made your way through the list, be sure to leave a comment with your favorite place. As long we have charged batteries and open memory cards, we’ll never stop looking for places to shoot.

[NOTE: If you’re using a tablet, it’s best displayed while holding your device in landscape orientation]

The result can be powerful weather that can lead to menacing, 50-foot waves—fun if you want to photograph fierce storms. “Bring a circular polarizer and a lenshood, even if it’s not sunny. It can protect the camera from rain and spray. ” —Photographer Jad Davenport

But the wild ride is worth it: The Neck is a melting pot for King, Gentoo, Rockhopper, and Magellanic penguins.

Bring your warmest layers—the weather can change in an instant.

Get close enough to snap as they rip open a salmon in 20 seconds.

In winter (October to May), all roads are cut off and residents use the ice of the Zanskar River to travel between villages. Plus it’s the best place to photograph an endangered snow leopard.

Time your visit for a full moon, then capture it at sunset as it rises.

“Most first-time photographers don’t realize how dark it is. A tripod is absolutely essential and long exposures—sometimes 20 or 30 seconds—are needed,” says Bernabe.

From hillside Taormina to battle-scarred Palermo to the island of Lipari, Sicily is a photograph a second.

Prime shooting is between late August and April.

Head up the bluff and shoot the surfing scene within the larger context of the gorgeous North Shore coastline.

The majestic American Elms are glorious all summer, but time the visit for late spring when the Kwanzan cherry trees bloom and the grass is so green it looks like AstroTurf.

More than 10,000 feet above the Paro Valley, it requires a three-hour hike, but the ascent is worth it.

Star Wars fans: Go now before the Mos Espa set is overcome by the shifting desert.

The ghost-like figures, which double as a manmade reef, are accessible via mask and snorkel, but most of the PADI-certified dive shops in Cancun offer day tours there.

If chosen, they get to carve their vision in ice harvested from the Torne River. The sculptures change from year to year and slowly melt by the time May roles around, but the ice bar and its premium Swedish vodkas are a constant. It’s gorgeous but tricky shooting—watch your white balance carefully, or shoot RAW.

Go early when goods are abundant and the shopkeepers willing to pose.

In July, during the Fiesta de las Flores, photograph their curves along with 50-foot Virgin Marys crafted entirely from marigolds.

Capture the building, plus works like “The Remains of a Suicide Bomber Cast in Dark Chocolate.”

At last count that was 15, including the photogenic Glenfiddich, which sits in a pine forest surrounded by castle ruins.

Bodies—all wearing as little as possible—run, swim, surf, and bask in the sun. The less skin you show, the more you’ll stand out. Photographic opportunities are endless, but the more photographic bling you bring, the more vulnerable you are to pickpockets, so pack light.

The best way to capture the masses—like ants in a colony—is from above. Head to the square’s north side, and hit the Starbucks in the Tsutaya building: Arrive before the morning crowds swarm, order a latte, and secure a spot near the second-floor window.

To capture the beer-goggled, face-painted legion in full splendor, buy a ticket for the first home game on September 9.

Rise above the throng at the 10,000-square-foot, fourth-story rooftop bar at the Godfrey Hotel, where you can photograph with an unobstructed view.

Arrive at 8 a.m. for the 10:30 blessing; portrait opportunities abound.

The Komsomolskaya, with its yellow ceiling and elegant chandeliers, makes a stunning backdrop for portraits.

Find a guide in Zermatt, take the Matterhorn Express gondola to the top, rope up with your guide, and pick your way across the peak. The effort—and the resulting photo of Europe’s iconic mountain—will be worth it.

That means cheetahs, lions, and hyenas are close behind. Catch the wildebeest as they bunch up at the Mara River, crossing the crocodile-infested waters, and snag their predators, too.

Book with traditionsmexico.com. The founder is a pro photographer.

Safely capture the climbers wielding ice axes and crampons as they ascend the vertical ice pillars from the lower or upper bridge-viewing platforms.

As the light goes down, the boiling lava below wafts out of the crater, ready for its close-up.

The most dramatic way to shoot it? From the Colorado River in a wooden dory.

Record the epic leap with an action cam.

Led by a Wolf Project biologist, you’ll likely manage to photograph one.

How to
Landscape
Landscapes
nature
Portraits