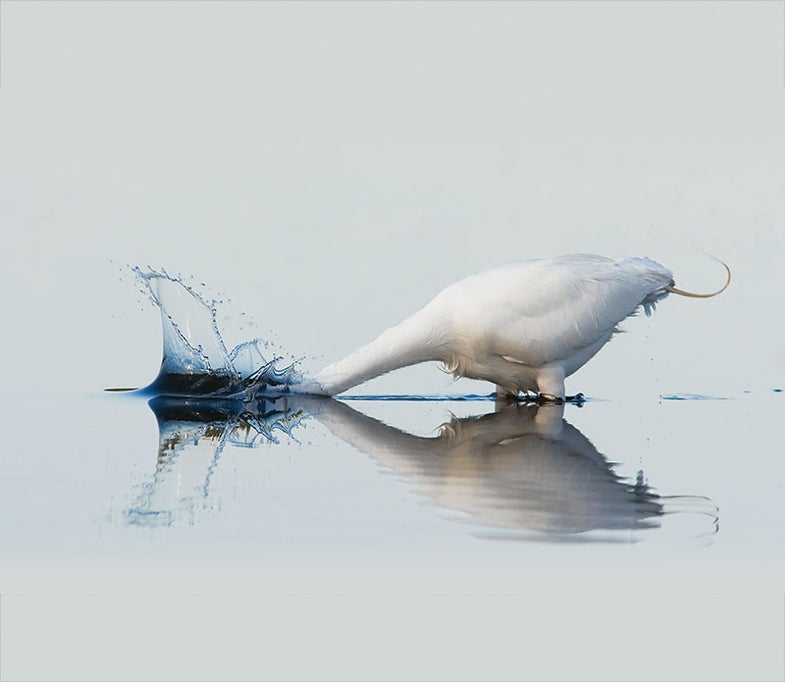 “Don’t miss the opportunities to photograph birds as you cross the causeway onto Florida’s Gulf Coast islands of Sanibel and Captiva,” says Florida nature pro Sara Lopez. “There are pelicans, royal terns, least terns, and ospreys fishing in the waters next to the three-mile road.”

More than two-thirds of these adjoined islands are wildlife sanctuary and are home (or a migration stopover) to nearly 300 bird species, according to Lopez’ shooting (and life) partner Dick Fortune. “You won’t find fast-food restaurants, stop lights, or any buildings higher than a palm tree,” he says. “But there is a lot to photograph, including the endangered Florida woodstork, manatees, dolphins, butterflies, flowers, and crocodiles.”

Among their favorite stops: the 6,300-acre J. N. Ding Darling National Wildlife Refuge. “There are more than four miles of wildlife drives where you can stop to photograph,” says Lopez. She suggests grabbing a map and tide chart at the visitors’ center. “Low tide is best for wading birds and when this happens in the golden hours it is magical.” The refuge is open from 7 a.m. to 6 p.m. in March (closed Fridays). A particular highlight: the roseate spoonbill roost. “They preen there in morning and then return again at the end of the day,” she says.

Two other productive venues: The Sanibel lighthouse and the fishing pier. “Beaches at the lighthouse provide access to wading birds and the dolphins when they’re around,” says Lopez.

Because much of Sanibel and Captiva is either inaccessible by land or best explored with guides, here are four popular tour operators who can show you the hidden sights: