Quick Tip: Use reflections to capture more of the world

Photograph light in a unique way 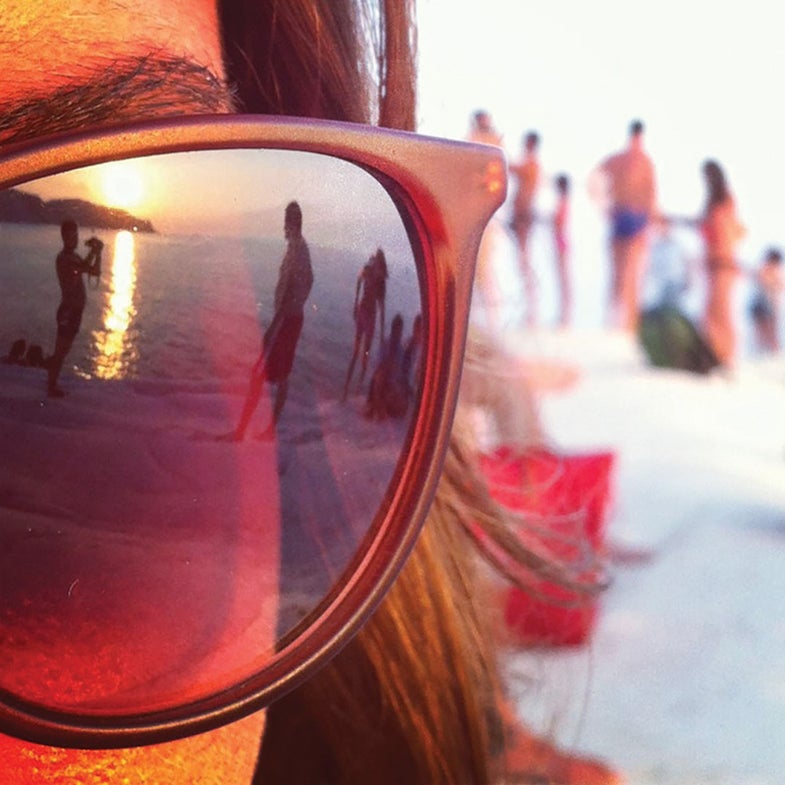 Last August, on a white marlstone beach in southern Sicily, Leonardo Misuraca, a 29-year-old medical student from Rome, noticed as sunbathers around him began reaching for their cameras and taking pictures of a memorable sunset. “There was something magical in the light,” he recalls. “I wanted to capture it, too, but in a more original way than the others were doing.”

He grabbed his Apple iPhone 4 and scanned the beach for something—anything!—that would make his image as special as the moment felt. Then he noticed the way the scene was reflected in his girlfriend’s sunglasses. “I love reflections,” he says. “They often show us something in a scene that we otherwise miss.”

In this case, that something was the sharp and unsharp figures of sunbathers in his fore- and background. While shooting, the sunset was Misuraca’s subject, but later, the eyeglass reflections revealed something he hadn’t seen: pretty cool figure groupings, too.