It's somewhere between a squint and a pinch 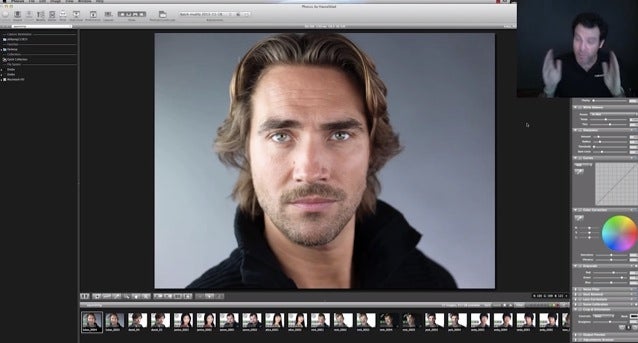 Peter Hurley, the well known portrait photographer and creater of the Art Behind The Headshot, has released a YouTube tutorial demonstrating one of his favorite methods of getting his subjects to look better: the “Squinch”.

The squinch is a method to stop people from going wide-eyed when in front of the camera. It’s a small squint, mostly trying to just bring up the lower lid a little rather than the full Clint Eastwood thousand yard stare.

The squinch is a mix between squint and pinch (and because smize was already taken), and counteracts people who tend to open their eyes immensely when getting their photo taken. Unfortunately, if you’re already a squinter it probably won’t help.

This video joins Hurley’s other viral hit, about jaw placement. So you can spend the next half hour watching his advice, then spend all afternoon in front of a mirror adjusting your head at various angles, and opening and closing your eyes to try and best look confident and tough in front of a camera.