How To: Stroboscopic Lighting For Portrait Photography 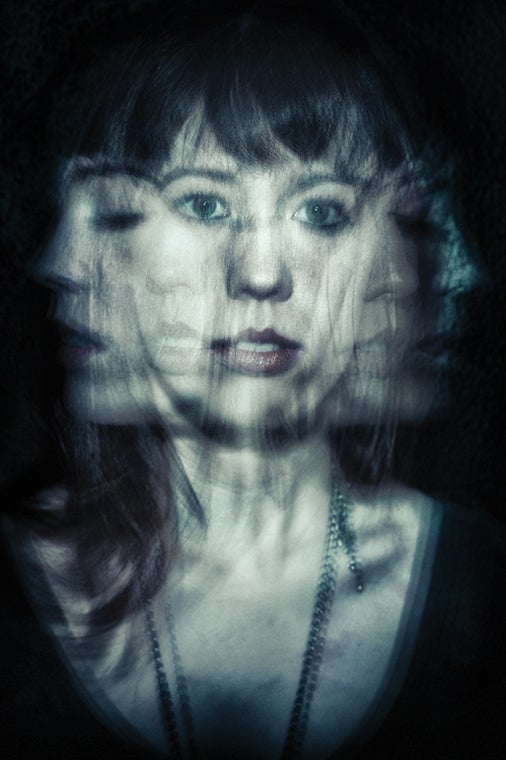 For this five-exposure portrait, Jerrid Jones exposed for 8 seconds at f/4 and ISO 100. Between each exposure, his subject pivoted her head. Jerrid Jones
SHARE

Committed to mounting a show of his photography at a local art gallery in late 2012, Jerrid Jones, a 36-year-old movie-studio sound supervisor and avid photographer from Mobile, AL, began planning a year in advance. He wanted new material for the show—mostly digitally manipulated portraiture.

To create the base images, he decided to host a party at the home of a friend. Not just any party, though—a portrait party. As in any ordinary casual social gathering, partygoers could could chat, flirt, drink, and have fun, but when Jones would give the nod, the participants were expected to be willing to put down their drinks and sit (or stand) for a portrait session.

As he left work on the night of the party, he grabbed what would become one of his main light sources for the evening: a stroboscopic light gun.

An industrial instrument used in the examination of machinery to discover faulty parts, strobe guns can fire off hundreds of pops per second. (Jones needed far fewer.) Unlike a still photographer’s more familiar shoe-mount flash with a stroboscopic mode, a light gun lets you adjust frequency but not brightness. Also, because many operate off AC current, slow recycle times are often an issue.

For the photo shown here, the light gun’s pop-pop-pop output let him freeze five images of his subject as she rotated during the single, 8-second exposure.

Want to try stroboscopic portraits? Jones suggest that you:

• Turn off room lights. Let the flash be the sole light source.

• Lock composition on a tripod. Handholding may result in subject-cropping camera motion.

• Stop the lens down. You need enough depth of field to compensate for subject movement.

• Use a remote camera trigger. It will prevent you from bumping the camera in the dark.

• Try a light gun substitute. While an adjustible stroboscopic light gun can cost as much as a high-end flash, simpler lighting devices, like those used in dance clubs or along airport runways, can be cheaper.

For this multiple-exposure portrait, Jerrid Jones lit with a stroboscopic light gun (A) “because I had access to one.” He posed his subject several feet in front of a black wall, because if the wall had been lighter, the exposures would have included subject and background detail. With his Nikon D300S and 50mm f/1.8D Nikkor AF lens (B) mounted on a Joby X ballhead on a Benro A1980F tripod (C), Jones composed and focused with the room lights on. He left space around the subject so he could recrop if his subject moved off center frame during the exposures. “The ideal exposure will capture multiple images on one frame, while avoiding overexposure,” says Jones. “I used trial and error to find it. I knew I wanted to work at f/4 and ISO 100 and had programed five exposures into the light gun. It took about three test shots to arrive at the shutter speed of 8 seconds.” He turned the lights out, took his first exposure with the help of an electronic cable release (D) and had the model pivot for the remaining shots.