The path to great portraits begins with a single light 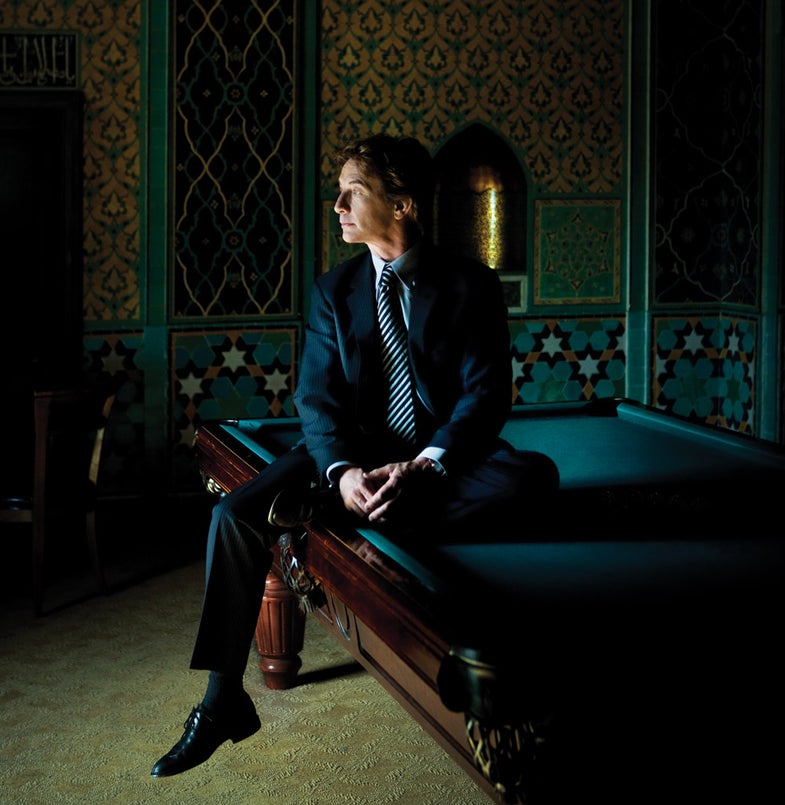 If you’re a novice at portraits, starting with one light (and a reflector to brighten shadows) makes a lot of sense. It contains costs and is visually simple, offering fewer shadows and hotspots to deal with. It’s physically easy, with little gear to store, transport, set up, and break down. It’s fast to work with and perfect for subjects who quickly grow bored or situations in which you have only minutes to get your shot.

For his portrait of the actor Martin Short, L.A. photographer Jason Madara took advantage of one light’s unique expressive powers. “My main goal was to capture a quiet moment with Martin,” says Madera. “Most of the images you see of him are upbeat and comical, and I wanted to project a different side of him.”

Using only window light, Madara was able to match this simple lighting style to the centered, quiet, thoughtful aspect of Short that he wanted to showcase.

Single-light placement can be different for every subject and every camera angle. You have to learn how and where to place that key (i.e., main) light by doing it. One of the most common approaches is to place your key in front of, close in, and to either side of the subject. This will create strong shadows across the face that accentuate cheekbones and draw attention to your subject’s eyes. The shadow you throw under the chin can also set off the face to strong effect.

A second common approach is to place your key light directly in front and slightly above the subject’s face, and aim it into the eyes. You will fill in lines and wrinkles this way, and smooth out a compromised complexion.

You can do a lot with one light but, especially with indoor portraits, it often presents a challenge: contrast. As you see in Madara’s portrait of Short, if you use one light indoors, it typically will produce only enough light to illuminate your subject, falling short of the background.

A reflector, as Madara used here, can help a little. For situations like this, Madara says, “Bring detail into your interior backgrounds by raising the ISO and lowering the shutter speed as much as possible.” Shooting at 1/60 sec allowed him to record more of the beautiful room, while holding correct exposure on his strongly lit subject.

One-light portraits are a great starting point, but are only the beginning. “As my career grew, the jobs became more complex, and I started adding lights to my setups,” says Madara. You will, too.

For his single-light portrait of comedian Martin Short, Jason Madara used the light of a small, 1.5×2.5-foot, low-placed window in the Penthouse Suite of the Fairmont Hotel in San Francisco. Direct sunlight fell through the window (A) onto the floor (B), bouncing back up into Short’s face. To throw fill light onto the shadowed side of his subject and, to a lesser extent, the far wall, Madara mounted a 4×8-foot white foamcore reflector (C) on an Avenger Century light stand and placed to the camera’s right, slightly outside of the view of the lens.

How to
lighting
Portraits