Moving from one to two lights can open up worlds 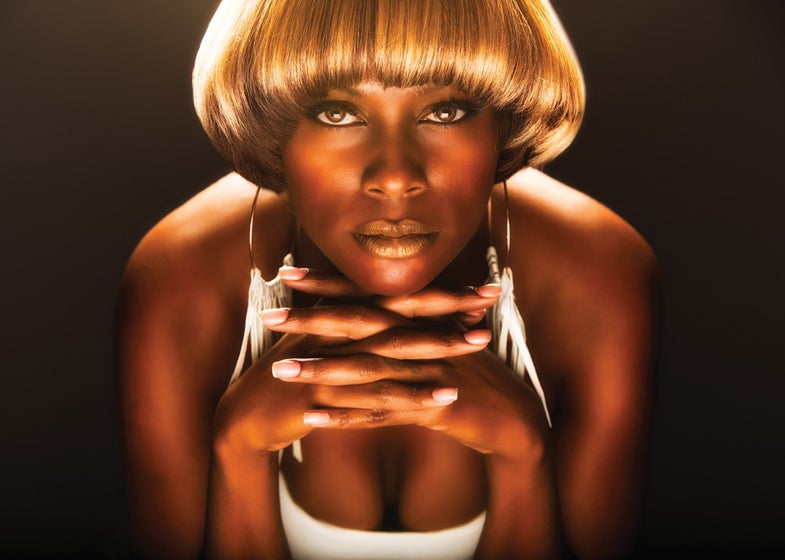 The more complex the circumstances, the more the constraints of working with a single light will limit your ability to make the portraits you envision. As mentioned in the previous spread, single-light setups will most likely present you with contrast challenges. Lighting with one light will also prevent you from adding subtle shaping to faces and figures.

And while a simple reflector card can boost a single light, it is often not enough, because you will be limited by placement issues. For less fill, moving the reflector back increases contrast, and for more, you can move the reflector in only as far as the frame edge. Often, there’s only one sweet spot for positioning a fill reflector. So add a second light, and start by using it to sculpt and finesse the shadows.

The advantage you gain by adding a second, adjustable fill light is the ability to almost infinitely fine-tune its shaping power. Set it to a low power, and the fill (placed close for softness) will add a dark sense of mystery or drama. Conversely, turn that same light to a higher power to suggest a more sunny disposition.

“When you’re not working with professional models, the subjects often have imperfections in their skin,” he says. “Women are often concerned about that, so when I shoot them, I tell them I’m going to use my best beauty lighting. With clamshell, it’s actually the truth. And it helps them to relax a little.”

It’s called “clamshell” because the two lights, usually in softboxes, form a V-shape that lights your subject’s face from top and bottom. They form a configuration that resembles, yes, an open clamshell. “The setup fills in the shadows that define wrinkles and imperfections, so the subject has smoother skin and you have less editing later,” says Art.

With this style of lighting, put your lights as close to your subject as possible, and leave little space between them. “With the lights too far apart, you lose some of the shadow-filling strength of the clamshell, especially in the middle of the frame, which is exactly where you need it for most headshots,” Art says.

Keeping the lights closer to the subject will not only cast a softer light, but Art provides an added benefit: “I pay top dollar for my lights and light modifiers. I’m paying for a beautiful and consistent quality of light. The further back I place the lights, the less I benefit from these advantages.”

David Art used a classic two-light setup for this portrait: the clamshell. Starting with two softboxes (A and B) placed as close as possible to his subject, Art added a silver Lastolite Skylite reflector behind her (C) to highlight the hair and shoulders. To increase the portrait’s intimate feel, he posed her against a wall of black seamless (D). He then used a 2:1 lighting ratio, with the larger, top half of the clamshell (A) twice as bright as the bottom. This helped him produce some shadows in the lower half of the portrait to set off the face.

Lighting How To
Photography Tips
How to
lighting
Portraits