You Can Do It: Take Better Photos Using Direct Sunlight 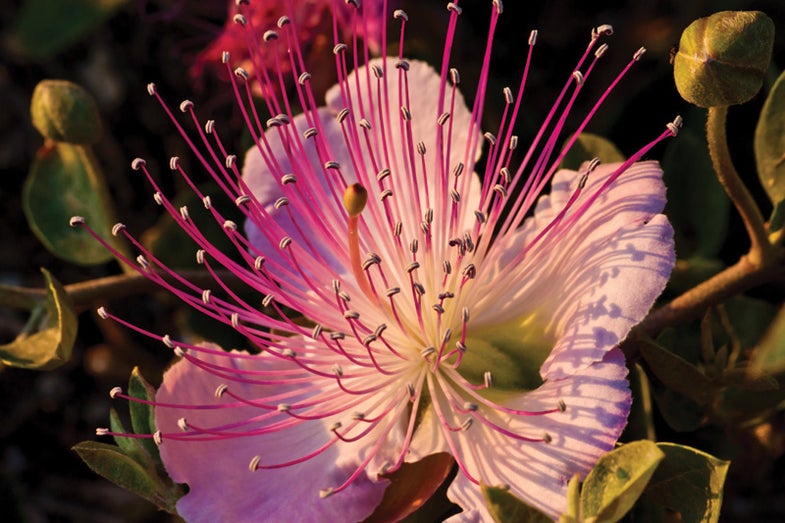 You can get lucky with light. Of course, you can buy expensive gear and study this essential craft at the feet of the masters, but sometimes your success with lighting will come down to a single variable: Being in the right light at exactly the right time.

But this success requires more than simple luck. You have to recognize great light when you see it and manage to leap into action to capture it. That’s how Theophilos Papadopoulos, a Greek high school teacher, bagged the beauty above.

Papadopoulos encountered the blossom as he walked along the waterfront of his hometown of Rethymno, Crete, early one morning in the middle of spring. The flower of the caper plant impressed the photographer with the uplifting arc of its perfectly formed stamens, the rare and delicate beauty of its overall color and form, and, yes, the dramatic natural light of its setting.

The flower was bathed in the soft glow of early dawn, but the light had enough hardness and direction to throw crisp shadows. In fact, he shot almost exactly at the moment the sun broke over the sparkling Aegean Sea.

The lighting at that specific place and time was well suited to this subject for a number of reasons. First, the warm tone of the dawning light helped strengthen the slight pink hue of the petals. Notice the telltale yellow-orange tint in the green leaves that surround the flower? This hints at how warm the light was. That warmth “pulled out all the detail that captivated me,” says Papadopoulos.

Second, because the sun was so low on the horizon, its beams were softened by layers of early morning haze. This overall diffusion opened up the scene so that the shadowed petal parts were not too dark and obscured in shadow.

Third, the light’s low angle also threw long hard-edged shadows of each stamen, which repeated their pattern, adding to the overall effect.

Papadopoulos also feels that reflections off the nearby water contributed to the beautiful light on this Flinders rose, as the flower is sometimes called.

Other tips for taking a similar picture under dawn sunlight:

• Use the smallest aperture possible for sharpness.
• Shoot the flower against shadows or a contrasting color so that the blossom stands out.
• Use manual focus to assure that the most important elements of your subject are sharp.

Using direct sunlight as your main light source is usually frowned upon because of its deep-shadowed contrast. If you get out early enough, though, dawn’s first rays can work for you, as proven by Theophilos Papadopoulos’s caper flower here. Using the direct light of a low-lying sun as it broke over a distant horizon, Papadopoulos needed no diffuser because the sunlight was adequately softened (and warmed) by layers of haze in the distance. Also, the sun’s light struck the plant directly (A), but also indirectly by reflecting off the nearby water (B), which effectively opened up the shadows. Papadopoulos shot with a Canon EOS 60D (C) and an EF-S 55–250mm f/4–5.6 IS II lens that he was able to focus close with the help of a 58mm Canon 500D close-up filter. “I used manual focus and aperture-priority in order to get as much of the flower sharp as possible,” says Papadopoulos. He was grateful for his lens’ built-in stabilizer, which helped produce a sharp image despite a somewhat slow shutter speed.