20 Simple Ways to Customize Your Camera 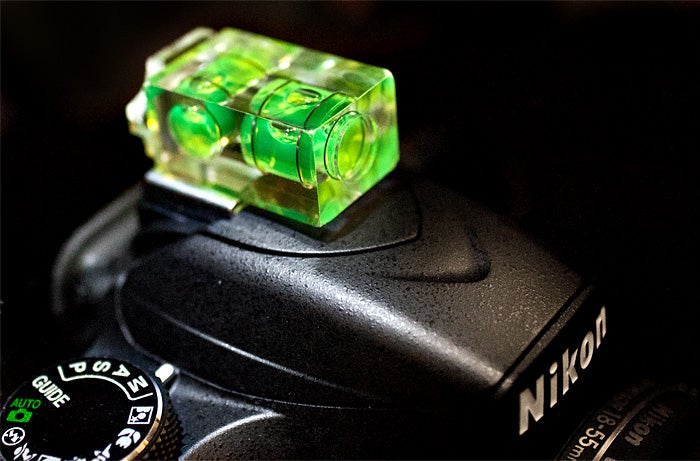 Ever wish you could customize your DSLR (or ILC, or advanced compact) to make it work exactly the way you wanted? Or to make it better somehow—to make operation faster, to boost stamina, to better match a specific shooting situation, or even to make it a special-purpose camera? You can pretty much do it, with adjustments ranging from simple, no-cost setting tweaks up to physical modification of the camera.

1 Reassignment of autofocus to back or function button:
Probably the most universal tweak among pros and serious amateurs, this separates autofocus triggering from the shutter release button. Everyone from landscapists to action shooters values this for the ability to focus and recompose and/or focus and meter a different area of the scene.

2 Auto ISO:
Until recently a function found only on compact cameras, auto ISO is migrating up into DSLRs, and we hear from serious shooters who have embraced it. This mode allows you to lock in an f-stop and shutter speed—or a specified range of settings—and the camera will automatically vary the ISO for proper exposure. If you’re shooting sports, wildlife, or other action subjects in changeable light, auto ISO may be the way to go.

3 Pop-up flash exposure comp:
Our editors advocate setting the built-in flash output to –1 or –1.3 EV for “walking around” mode. This way, you’re ready to take people pictures with partial fill that will look more natural than a full-power pop.

4 Pop-up flash sync:
The default setting is first-curtain sync, which is fine for everyday snapshots. But if you like to combine flash with slowish shutter speeds for action-defining ghosts, set the pop-up to second-curtain sync. This will smear a ghost image behind, rather than ahead of, a subject moving across the frame.

Most DSLRs with the pop-up enabled will override autoexposure if it will drop the shutter speed below a certain level (often, around 1/60 sec). So a scene that needs a slow shutter speed for correct background exposure ends up looking like a flash snapshot. You can prevent this by changing the default flash setup to slow sync.

6 Custom function(s):
Most custom functions (CFs) are pretty granular—defining which way a dial turns for plus or minus, that sort of thing. But a perusal of recent camera menus showed quite an assortment of possibilities: compositional grid lines, the embedment of an authenticity stamp in image files, autofocus microadjustment, correction of distortion and chromatic aberration, catch-in focus. If you haven’t reviewed all the custom functions available on your camera, we recommend doing so. You may find some hidden gems.

7 Defining a user profile:
Most DSLRs now let you save multiple camera setups, either through the menus or on a mode dial such as on the Pentax K-30. You can set it up for different types of shooting, for multiple users, or for quick changes in the heat of the shoot—for instance, nature shooter Jon Cornforth recommends setting two different modes for the lighting conditions on either side of a boat when photographing whales.

8 Vertical battery grips:
These attachments provide a number of benefits. They allow composing verticals with a more natural and secure grip. The extra battery power provides for more shots, and in some cases, faster bursts. Some have space to carry extra batteries. On relatively small cameras, such as the Canon EOS Rebel T4i, the grips make the cameras friendlier to big hands.

Shortcut to Square One
Okay, so you’ve gone hog-wild in your camera’s menus, changed every custom function, located all the operations on different buttons, and now you feel you have a Frankencamera? If you want to return everything to “normal” and start over again, there’s an easy way. Cameras all have a menu choice for return to default settings. It’s sometimes called reset.

9 GPS modules:
While many cameras today have GPS built in, many do not. Camera makers accommodate geotaggers with add-on accessory units, most fitting into the hot shoe. Useful not only for recording the places of your photographs, but for organizing—you can sort by place without having to keyword the pictures.

10 Viewfinder magnifiers:
If you’re finicky about manual focusing, do a lot of macro work, or just plain want an enlarged view through the finder, eyepiece magnifiers are a nice accessory. We prefer types like the Nikon DG-2, which flips up and out of the way via its hinged mount.

11 Viewfinder screens:
A fair number of DSLRs have focusing screens that can be interchanged by the user. A number of these screens are designed to provide easier manual focusing, so if you have manual-focus lenses, or are into DSLR video, you might check if an appropriate screen is available.

13 External storage:
If you’re shooting huge and/or a lot of files, an external drive may make more sense than a pile of memory cards. Devices such as Canon’s Wireless File Transmitter WFT-E4 II A (below), can upload images to a computer as you shoot them. In the field? Carry a Wi-Fi enabled portable drive.

14 Grip accessories:
Myriad grip add-ons that fit into the hot shoe or attach to the tripod socket are available for DSLRs and ILCs. Among our favorites are Match Technical’s Thumbs Up grips, which make a vertical hold on rangefinder-type cameras much easier and more secure.

15 Tripod QR plates:
Nature and studio shooters keep them on their cameras at all times, and if you’re a regular tripod user, so should you. Have multiple cameras? Put plates on all of them—it will save a lot of time and grief.

16 LCD accessories:
Getting exasperated trying to make out images or control readouts on an LCD in bright daylight? The best solution is a viewing hood, like those made by the aptly named Hoodman company. Among the many varieties it carries is a full-coverage hood with attached magnifier loupe. You can also get attachment straps for keeping it on the camera—great for video shooting.

17 Protective cladding or other covering:
An endless variety of these can be found, so we asked nature shooter Tim Fitzharris what he uses: LensCoats. These waterproof neoprene sleeves protect against dings and nicks, and are available in a variety of camouflage patterns for shooting skittery critters.

19 Light modifiers for pop-up flash:
When we think of flash add-ons, we usually think of ones for shoe-mount flashes, but there are plenty of them for pop-ups, too. One of the neater ones is the Gary Fong Puffer, which can be mounted on most any pop-up flash via the hot shoe. It both diffuses and bounces the flash light, and folds flat for storage.

20 Eye-Fi cards:
Possibly the most elegant Wi-Fi camera connection there is, Eye-Fi is an SD memory card with a built-in transmitter that can automatically upload your pictures to a computer or social networking site, or directly to a smartphone or tablet.

Dslr Hacks
How to
Shooting