Tips From a Pro: Improve Your Shots by Getting Closer

Getting low and tilting your camera up can help too 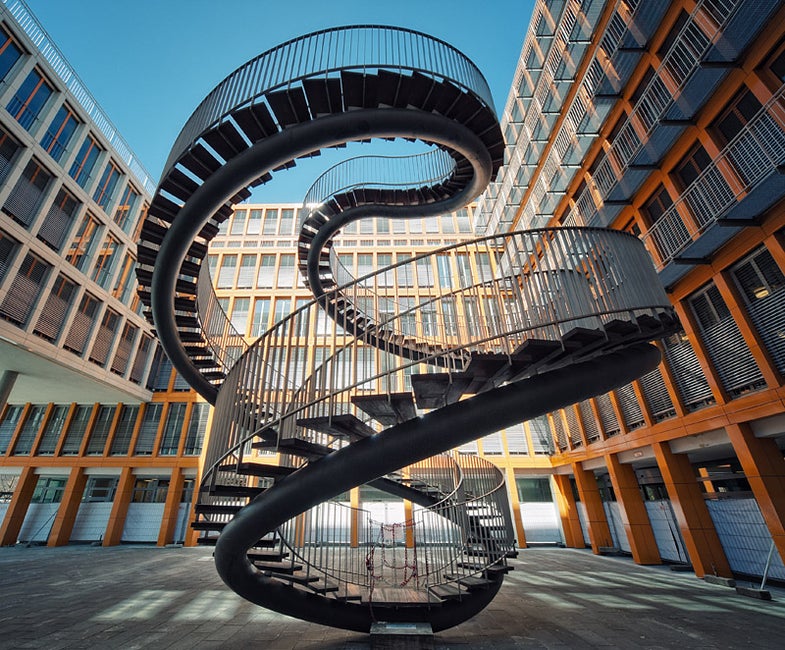 One of photography’s most honored axioms states: If your picture stinks, get closer. And while this makes for a trusty guide for improving a shot, getting close is only half the story. Getting low and tilting the camera up can take your shots somewhere pretty awesome, too. We’ve rarely seen these corollaries proven more forcefully than in this picture pair by German architecture fan Philipp Klinger.

Klinger, from Frankfurt am Main, was exploring this sculpture by Olafur Eliasson situated in a Munich office complex. You see the photographer’s first attempt below. A fairly straightforward shot, made with the camera at eye level from about 75 feet with a 50mm lens, the picture is a clean rendering of the artwork, but it doesn’t do the Möbius-like staircase justice. For that, Klinger had to switch lenses, move within 3 feet, get low and aim up. Result? The unapologetically trippy interpretation you see above.