Tips From a Pro: Use a Slow Shutter Speed to Capture Bodies in Motion

Go for more than just the decisive moment 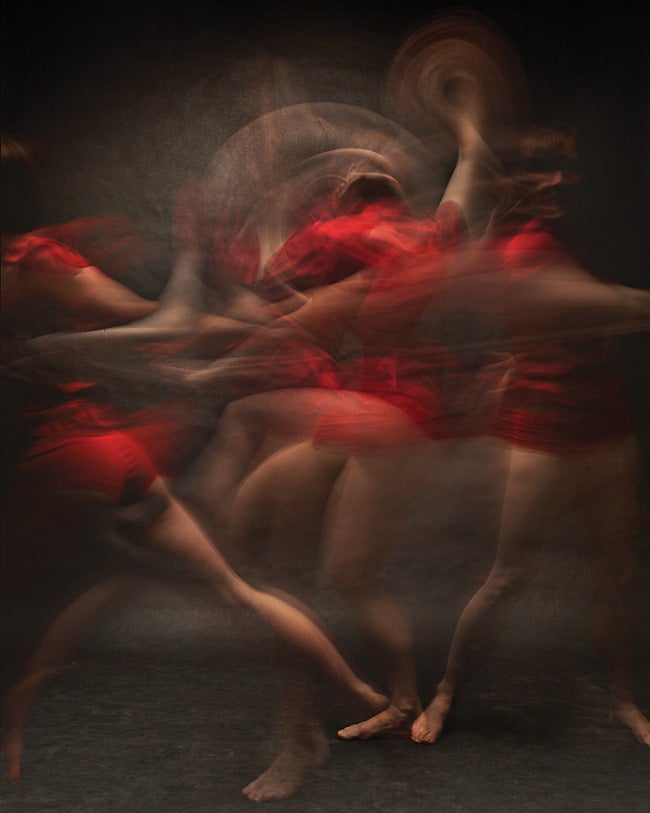 Sometimes we forget that photography doesn’t have to capture a single decisive moment. Sometimes it can be more: a glimpse outside our usual sensory boundaries that reveals something both familiar and alien.

New York City-based photographer Bill Wadman (billwadman.com) was inspired by motion blur in an old boxing photo to try something lyrical with several friends who happened to be professional dancers.

He worked with eight dancers over a few months. They loved the idea of creating images that would speak to the grace and fluidity of their movement, because the traditionally posed photos in their posters and dance programs tend to look rather static.

What everyone discovered during this project, however, was that dancing to produce motion-blur photographs is “a little unnatural,” Wadman says. “For dancers accustomed to moving, it’s counterintuitive to see that the more they move, the less the movement appears in a still image.”

The approach he settled on was to define a three-dimensional “box” in the studio and ask each of the dancers to fill it. They had to imagine that they were filling the entire frame with their movement across a single exposure.

In this case, the exposure was 3.2 seconds long, at f/10 and ISO 200. The concept gave each dancer basic parameters to work within. “Like jazz musicians—you give them the chords and they’ll improvise with them,” says Wadman.

Using a Canon EOS 5D Mark II and 35mm f/1.4L Canon EF lens tethered to a laptop running Adobe Lightroom, Wadman could communicate with the dancers about their improvisations. After a shot, he would turn the laptop around to show his subject the picture. Then, the dancer would repeat the combination, stressing movements that worked.

But this method didn’t succeed, because replicating moves with slight changes often produced a completely different image. “The project developed in an iterative fashion,” Wadman says, “but it was definitely an exercise in randomness.”

The image shown here was one of only two shots that made the final cut after a typical 130-shot session—and it is actually a composite of two exposures.

“When I first started, I thought I’d get pictures that were kinetic, but recognizable as people dancing,” Wadman says. “But I ended up with something that was much more graphic and abstract.””