How To: Optimize Your Computer for Maximum Photo Editing Performance 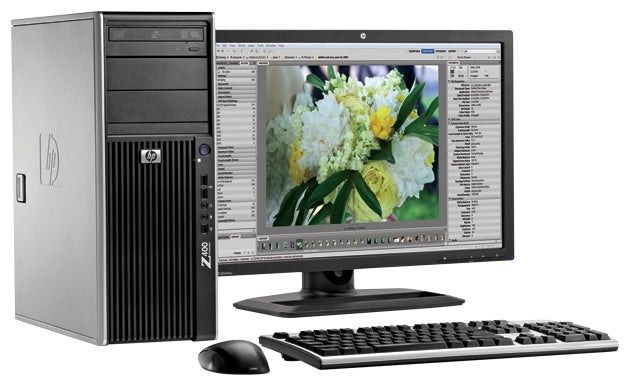 From the computer to the display, a high-performance setup is crucial to successful retouching. Here’s what you need to know to get the best machine and display to create amazing images.

The Computer
The heart of your postproduction setup is your computer, and a sweet machine is crucial to making elaborate retouching possible. Without enough processing power or system memory (RAM), you can face frequent freezes or crashes, plus delays in rendering your images that will make realizing your vision extremely challenging.

So what do you really need to make Photoshop sing? To start, lots of processing power. That means plenty of speed, as expressed in gigahertz (GHz), and a multiprocessor, or multi-core, system. The second-generation Intel Core processors—in Apple’s iMacs and high-level consumer PCs—are excellent for running Photoshop, according to our sources at Adobe. But the Xeon processors in Mac Pros and workstation PCs like HP’s Z400 can be even better.

Faster processors are always superior, but rather than paying extra for a small bump in speed, save your dollars for other features. Going from two processor cores to four, you’ll see a big jump in speed and power, but going up from four to eight won’t make as much of a noticeable difference.

RAM is the next most important component of your computer. This is where Photoshop performs most of its calculations. Next time you’re working on a large image file, check its Efficiency in the bottom left corner. If you get a rating of 95% or higher, it means Photoshop is running in RAM, and you’re all good. But if the number drops down to 80% or lower, you’ll really see a bump in speed if you add more RAM to your system.

On par with RAM is a new recommendation from Adobe’s engineers: Use an internal solid state drive (SSD) in a 256GB or larger capacity. Set this up as the OS boot drive and use it to run Photoshop. Then set it as the SWAP (or scratch) disk, where any calculations take place if Photoshop runs out of space in the RAM. The faster the scratch disk, the better. Because SSDs—unlike normal hard drives—are all electronic, you never have to wait for moving parts to get into place. A SSD will make Photoshop, and your whole machine, run faster.

Finally, make sure you have a decent graphics card (GPU). This used to be irrelevant for Photoshop, but as GPUs have improved, Photoshop has been programmed to take greater advantage of them and, according to Adobe, will continue to do so. You can thank gamers for the proliferation of powerful and relatively inexpensive GPUs, developed to draw 3D images rapidly on screen. A $1,000 workstation card isn’t necessary; a good desktop card, in the range of $150 to $400, will do.

And whether to choose Mac or PC? That’s still a fairly personal decision. Apple’s Macs are still the de facto choice for many photographers­—all four interviewed for this feature work on Mac Pros with varying configurations. These machines are prized for their configurability­—they can easily be loaded up with multiple hard drives and tons of RAM.

Get the most RAM you can—for instance, this 1600MHz, 16GB chip from Kingston.

A less expensive alternative? A souped-up iMac. Popular among Adobe engineers, the iMac, when loaded with the maximum amount of RAM and dual hard drives, is a powerful, albeit not so easily upgradeable, option.

PC users, as usual, have a wider range of choice. But the essential requirements for making the most of Photoshop are similar, and a really powerful desktop PC, such asa the HP Z400, can be just about as pricey as a Mac Pro.

The Display
Almost as important as the computer you work on is the monitor (or monitors) on which you view your images. Two monitors are better than one, and many retouchers choose a high-quality display for their primary work, keeping a secondary consumer-level display for their panels and toolbars.

Contemporary monitors are primarily made using one of two LCD technologies. The vast majority of mainstream displays are twisted nematic, or TN; higher end displays use in-plane switching, or IPS. The main difference between them is viewing angle. With TN, you’ll see color corruption when you view the screen from almost any angle other than straight on. IPS displays are wide-view and can show color that is more consistent and accurate across the panel. For better color accuracy, LED backlight technology is key, but not all LED backlights are created equal. HP’s DreamColor LP2480zx Professional Monitor, for example, has an RGB-LED backlight for precise setting of the white point.

We’re always talking about profiling your monitor to get greater color accuracy, but such high-end displays as the DreamColor and Eizo’s ColorEdge CG245W (shown on page 55), which have wider color gamuts than consumer-level monitors, work differently. These monitors allow you to do a true hardware calibration, which goes beyond just using a sensor on the monitor to talk to your operating system and graphics card. Instead, the lookup tables, normally stored in an ICC profile, are stored in the chip circuitry of the display itself.

This has a number of advantages, among them that the displays stay calibrated for far, far longer. HP says the factory calibration its DreamColor comes with is good for at least 1,000 hours; Eizo says its can last up to 5 years.

Getting the best setup can be pricey, but the more you invest, the faster and more accurate your retouching station will be. And if you are dedicated to using postproduction for your photography, nothing boosts your creativity like the ability to speedily perform every operation you imagine.

Datacolor’s Spyder4 Elite can help you profile a display if your monitor doesn’t come with its own system.