Off-camera Flash Photography for Any Skill-level

3 different setups to suit your style and budget 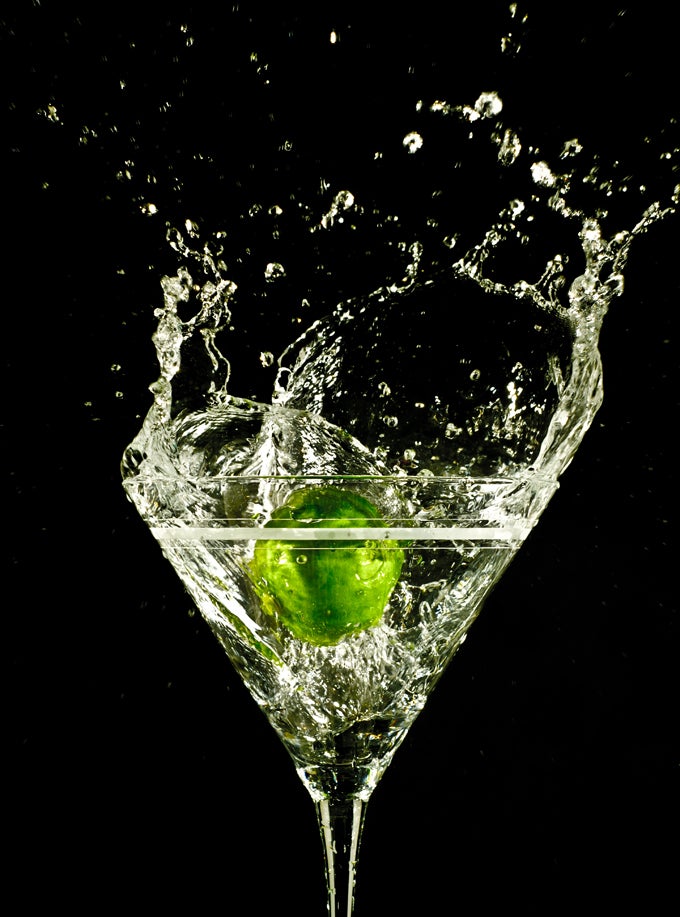 Using a single off-camera Canon 580EX II Speedlite (inside softbox) at full manual power, photographer Bruce Dorn filled in the shadows cast by the sun on this partially backlit model. He softened the Speedlite’s output by popping it through an F.J. Westcott B.D.S. Shallow Softbox of his own design (A). He placed it at ground level and aimed it up at the model. Dorn triggered the flash wirelessly with a PocketWizard Plus II transceiver in the camera’s hot-shoe (B). Along with the flash, the transceiver was mounted on an F. J. Westcott Magic Slipper off-camera flash bracket (shown below, also inside the softbox). Dorn’s company IDC Photo Video Gear manufactures a similar bracket. The photo-grapher used a Canon EOS 40D and 70–200mm f/2.8 Canon zoom (C), with an exposure of 1/250 sec at f/10, ISO 100.

To make a bigger splash, San Francisco Bay-area shooter Andrew Wong (www.andrewwongphoto.com) dropped a key lime instead of an olive into this martini glass. With two wirelessly controlled, off-camera shoe-mount flashes he successfully froze that splash in mid-air. He used a Nikon SB-600 Speedlight (A) and SB-800 (B) which were fired at 1/2 power wirelessly by Nikon’s Creative Lighting System (CLS) Commander function that Nikon built into his D200 DSLR (C). The martini glass was lit by direct, unmodified flash, and to soften the look, Wong feathered the flash output by “cross lighting” the glass. He did this by aiming his Speedlights slightly behind his subject. He mounted the camera on a Quantaray QSX 6601 tripod (D) and the flashes on Impact LS 6B lightstands (E). The background (F) was black foamcore. 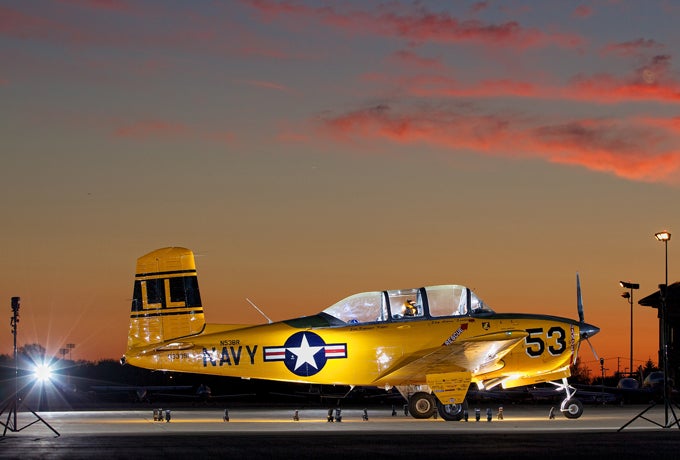 For a lighting workshop, Bob and Dawn Davis blasted this vintage prop plane with light from 45 Canon Speedlites. They used 580EX, 580EX II, and 430EX flashes, which were all fired by RadioPopper wireless flash triggers. They organized the flashes into three groups, and the output of each was controlled from a 580EX II in the camera’s hotshoe (A). The outer perimeter lights formed a group and were mounted on Manfrotto 501B Nano lightstands (B). A second group of Speedlites lit the plane’s underbelly (C), while a third group illuminated the interior of the plane (D). All were TTL-controlled from the camera position. The Davises shot with a Canon EOS-1D Mark IV and 24–70mm f/2.8L IS II EF Canon zoom, for an exposure that slightly underexposed the sunset beyond: 1/160 sec at f/5.6, ISO 250.