If you want to get all the functionality of an on-camera wireless trigger, but only have strobes floating around, how about a simple hack to transform one into an IR trigger? 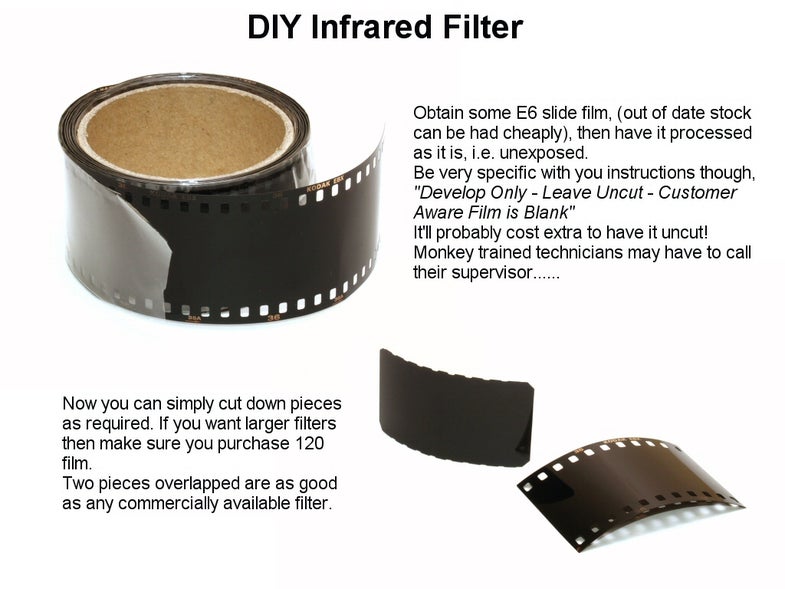 Let’s say you’ve got your studio set up perfectly for a shot you want to take, the lighting controlled down to an inch with strobes set up exactly where you want them — but you have no wireless trigger to set them all off at once. Sure, you could use an on-camera flash, but that’d mess up your delicately designed lighting array, so you need to hack together an on-camera IR trigger out of what you have already in your possession.

Most strobes can be triggered either by a flash being fired, or a burst of infrared light, usually from a dedicated unit. However, all flashes fire IR too, so if you can block out the visible light and only use the IR, then you can convert a flash into an IR trigger. Flickr user Victor W. has put together a brief tutorial on how to do this, and it’s remarkably straightforward.

What you need to do is grab some E6 slide film, and then have it processed completely unexposed. You have to make sure the developers are aware that you know it’s unexposed, and want it developed anyway, and that it needs to be uncut. The blank and black processed film will block visible light, but not IR. So once that’s ready, all you have to do is cut it to size, and layer two pieces on top of each other. Once you strap that over the flash, when it fires, it won’t send out any light that can disrupt your image, but the slaved strobes will register it, and fire accordingly.

Even if you don’t have a spare on-camera flash to use, these guys used a similar hack with a pop-up flash, so you could probably make this work simply by strapping a filter over that too.

It’s a kludge, but a genius one, and could save you quite a bit in gear.