Backstory: Photographing the Building of the Hoover Dam Bypass Bridge 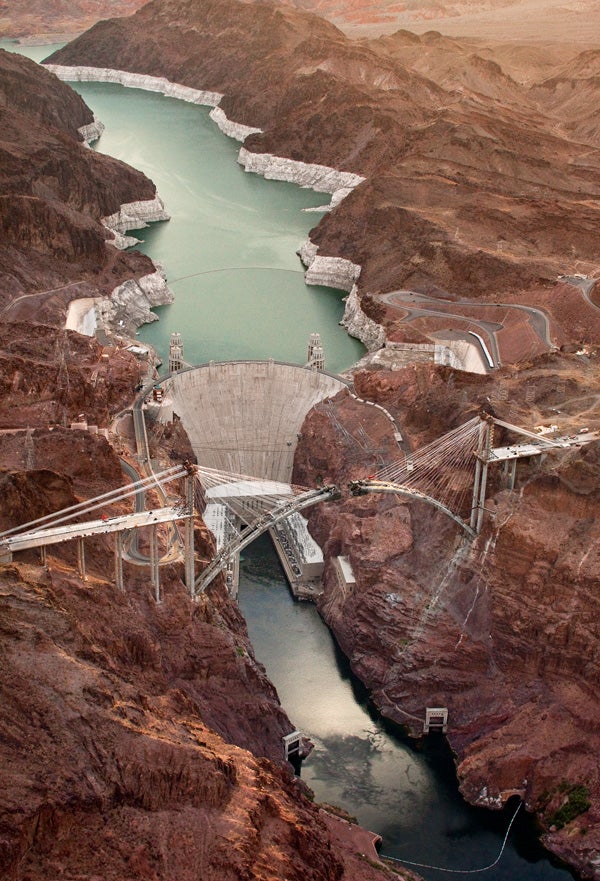 I first learned about the construction of the Hoover Dam bypass bridge while on a road trip in 2009. I was so fascinated by it that I began photographing it as a personal project for 22 months. The final series, “The Bridge at Hoover Dam,” will be published as a book in the fall of 2011 by Nazraeli Press.

I wanted to capture the bridge in its state of transition, but also within its complex landscape—its relationship to the Colorado River, Lake Mead, and the Black Canyon. Photographing a work under construction puts you under pressure to constantly reevaluate, knowing you’ll never see it the same.

My 10 shoots from a helicopter enhanced that feeling, because I was working from changing perspectives. I’d be in the air, framing and reframing, trying to capture a unique moment of the bridge in a relatively simple way that also shows its relationship to the landscape. This photo was made in June 2009. On this particular day there was a bank of clouds coming over the ridge, and while I cursed it at first, once I was in the air I appreciated how it made the light from this direction more diffuse. The bridge was at a poignant moment where the arch segments were finally coming together, and I wanted to express the tension of the two arches trying to meet in the middle. The lighting allowed me to capture this as well as the complicated landscape.

Now, the bridge is complete and open to the public. It was an engaging challenge—certain days I’d have beautiful light during a particularly photogenic phase of construction, but I’d never know if I’d have that same gift later on.