How To: Color Correct for a Stronger Image

Take the chill out of a cold winter night 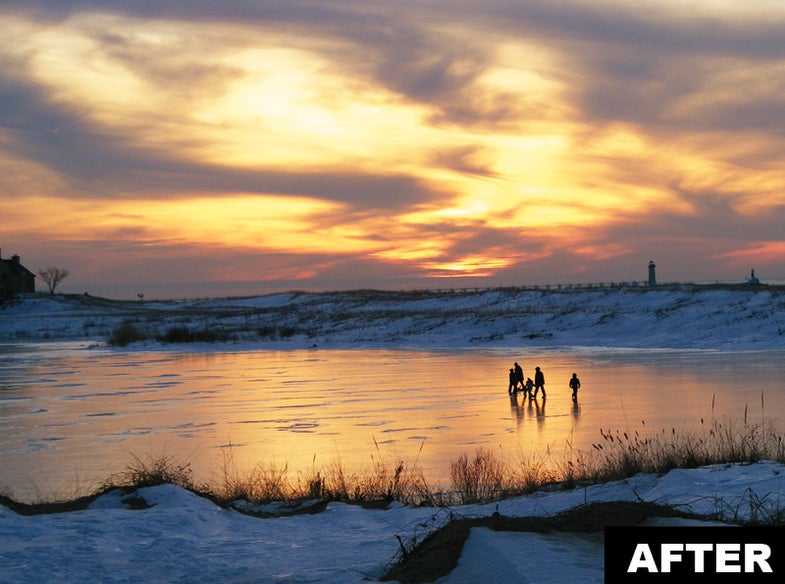 When cropping, we used grid lines in Photoshop CS5 to place the people at a Rule of Thirds intersection, rather than dead center in the frame. Sharon Gallentine
SHARE

The interplay of the gold against blue in Sharon Gallentine’s shore scenic makes for striking contrast, but the Fix-It team thought the blues were too electric. The color is typical of shadows on snow, and is amplified early and late in the day.

The best way to fix color casts is to work in the RAW file, but the Manistee, MI, resident’s Fujifilm FinePix S5800 does not allow RAW capture. Luckily the JPEG had enough information to work with. In Adobe Photoshop CS5, we used Curves to pull down the blue channel. Then we cropped in, as well—this made the group on the ice more prominent. We didn’t crop so much that we lost the nice curve of the foreground grasses.