Wijnanda Deroo's long exposures of Big Apple eateries are both eerie and mesmerizing. 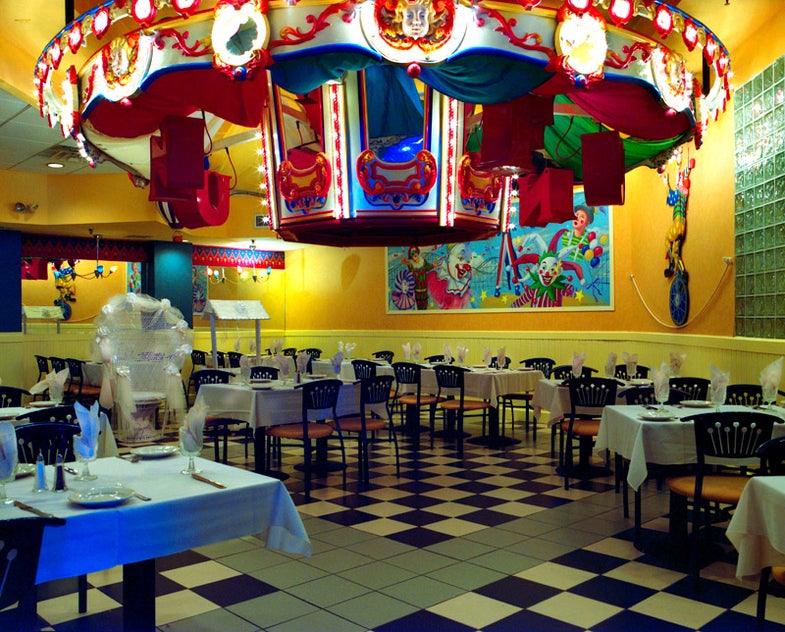 Wijnanda Deroo has long photographed interiors, from public buildings to hotels to homes, absent any human presence. “I think you reveal an atmosphere more without people in it,” the photographer, 55, based in Treadwell, NY, says. “When people are in the frame, you focus more on the individuals.”

And while the series in the adjacent gallery, “Inside New York Eateries,” differs from much of her other artwork, it was also shaped by this approach. A New York resident of 22 years, Netherlands-born Deroo was invited in 2009 to contribute to a Museum of the City of New York exhibit commemorating the 400th anniversary of the Dutch landing. “New York has as much great diversity in different cultures as it does in the diversity of its neighborhoods and boroughs,” she says. “There are as many layers to the styles and types of eateries as there are to its cuisine.”

She began visiting restaurants while researching others that captured the array of local styles—from a trendy classic-diner-styled spot in Williamsburg to Russian restaurants in south Brooklyn, to a Gray’s Papaya hot dog stand in the West Village to high-end locations such as the 21 Club.

“You can learn more about the culture of a restaurant by focusing on the interior and design, and I wanted people to imagine themselves eating in them,” she explains. And so she’d visit these either at 11 a.m., when they were opening for the day, or between 3 and 5 p.m., before the dinner rush.

Using her Mamiya RB67 with Fujifilm Pro 160 film, she took long exposures in available light. In the four months before the museum show, she made some 50 photos. The series continues as she discovers new restaurants and neighborhoods that she wants to include. She exhibited it recently at New York’s Robert Mann gallery.

“In New York you have a feeling that everybody is always out in restaurants, and every block has one,” Deroo says. “For me that’s very special.”

“Inside New York Eateries” includes both storied Manhattan spots such as 21 Club and neighborhood gems such as Cafe Arbat in Brighton Beach. You can see more of Wijnanda Deroo’s work at WijnandaDeroo.net. 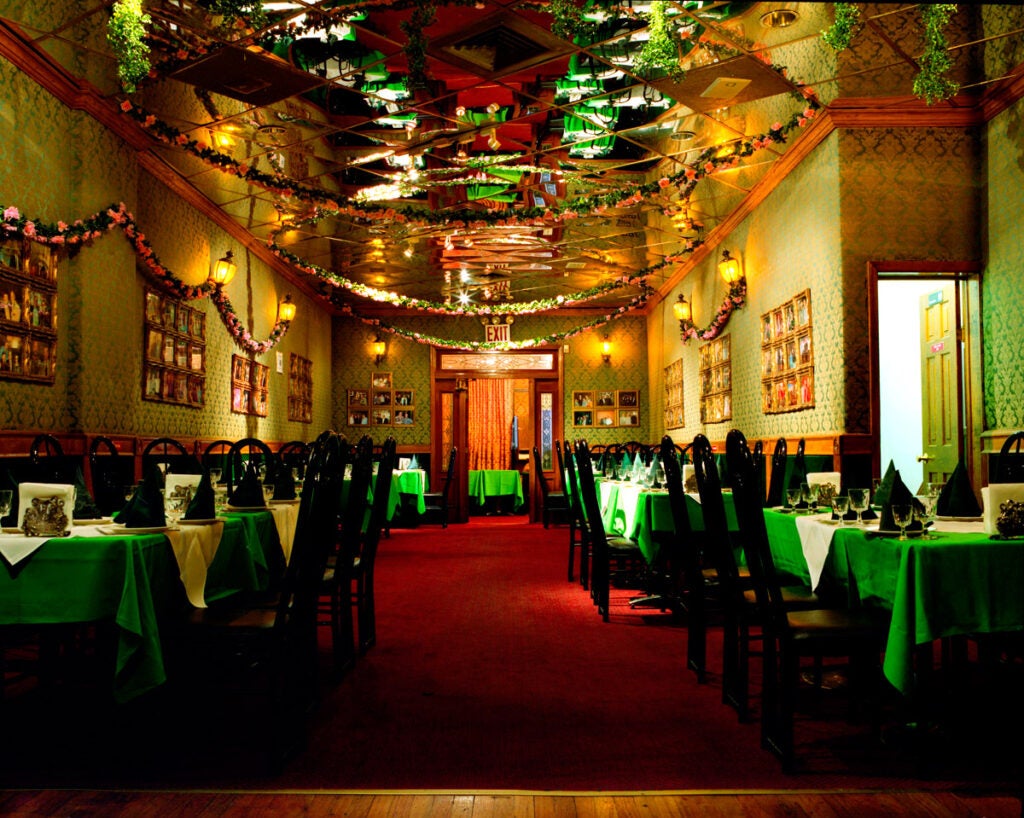 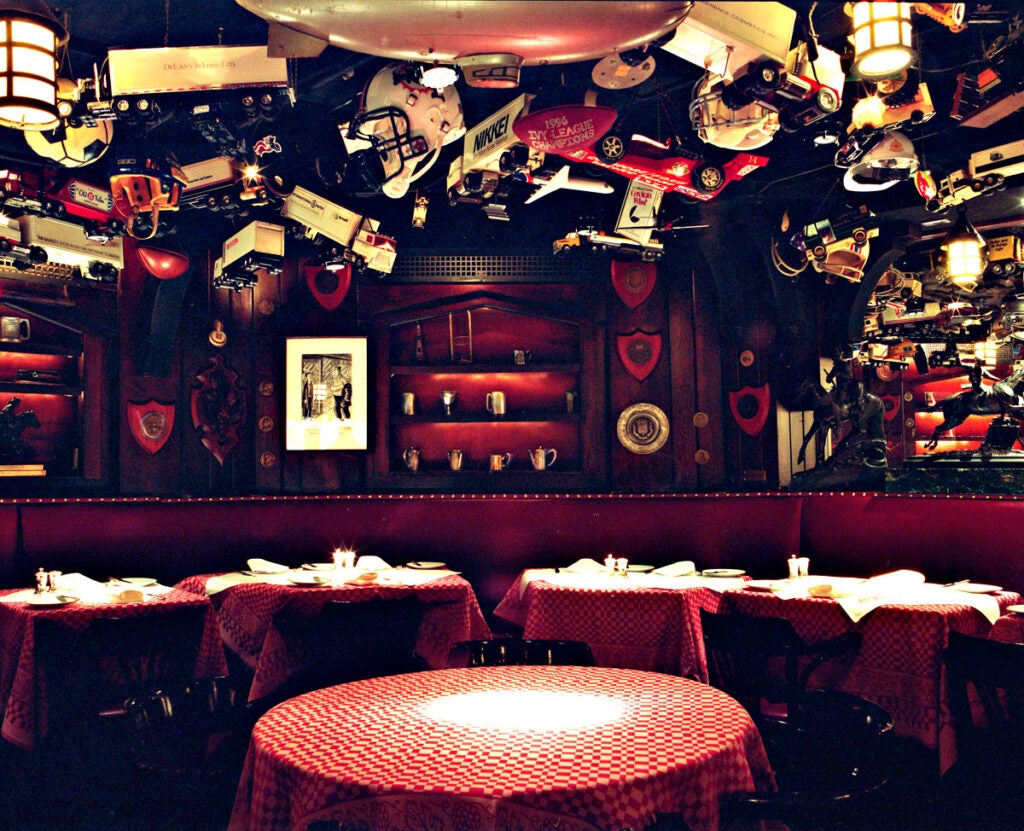 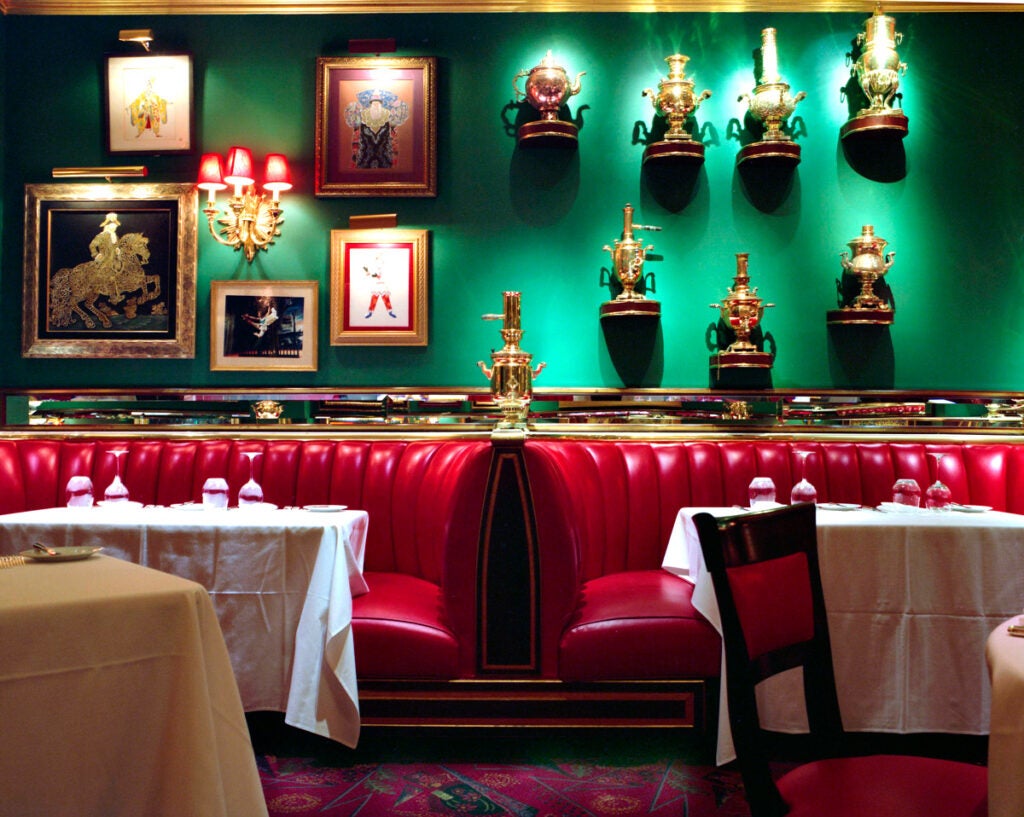 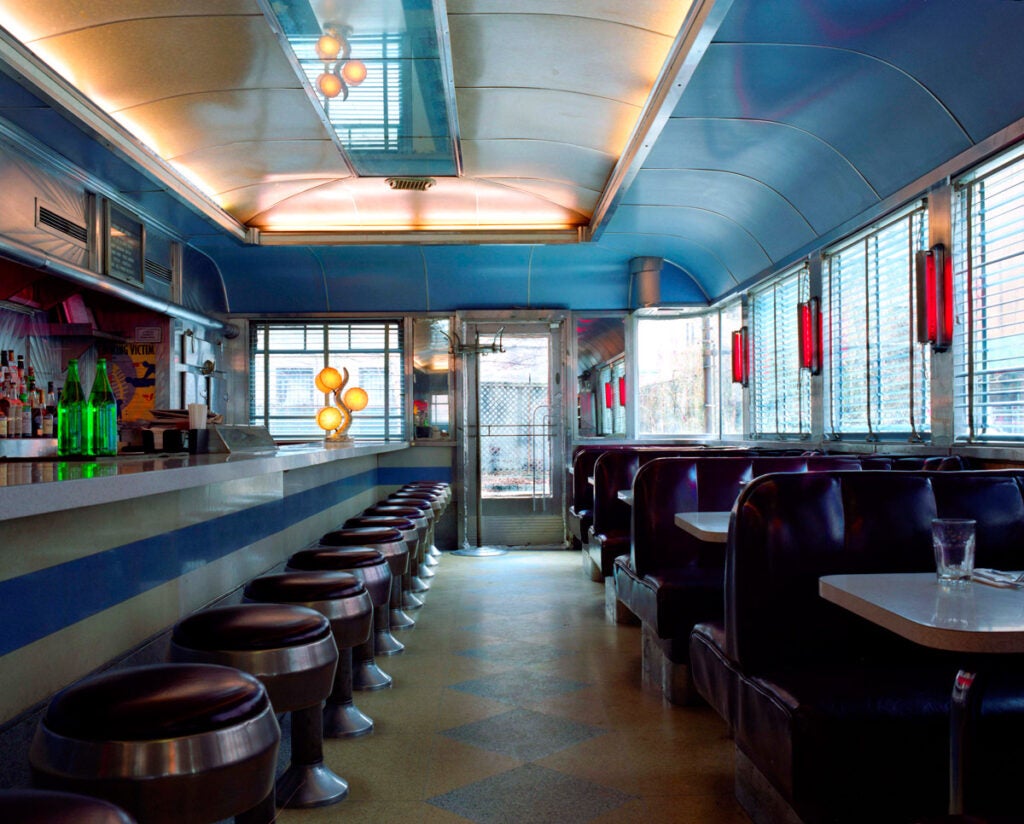 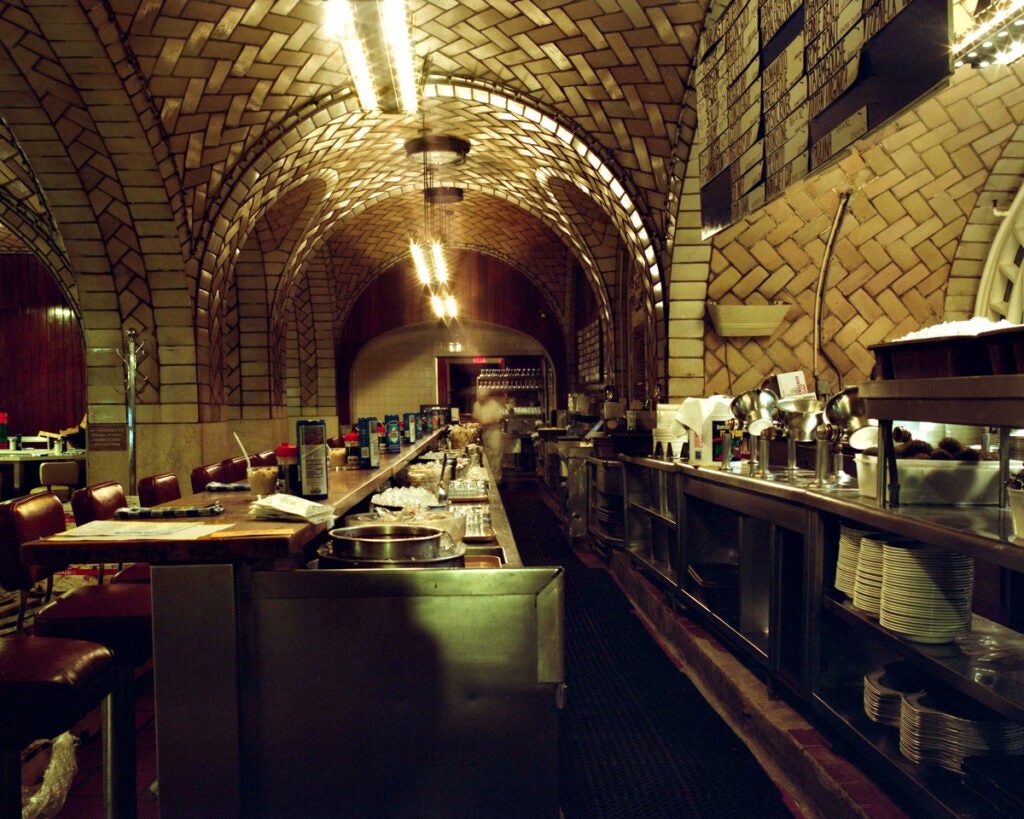 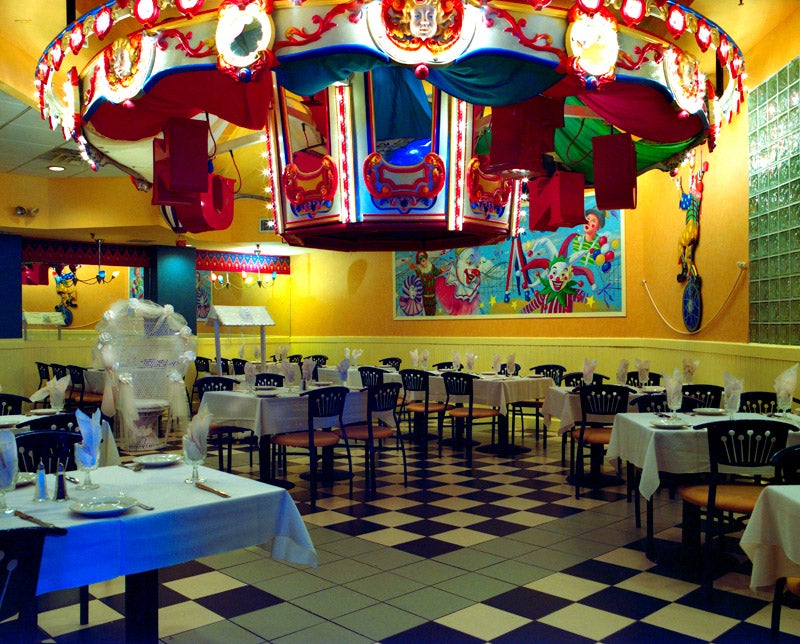