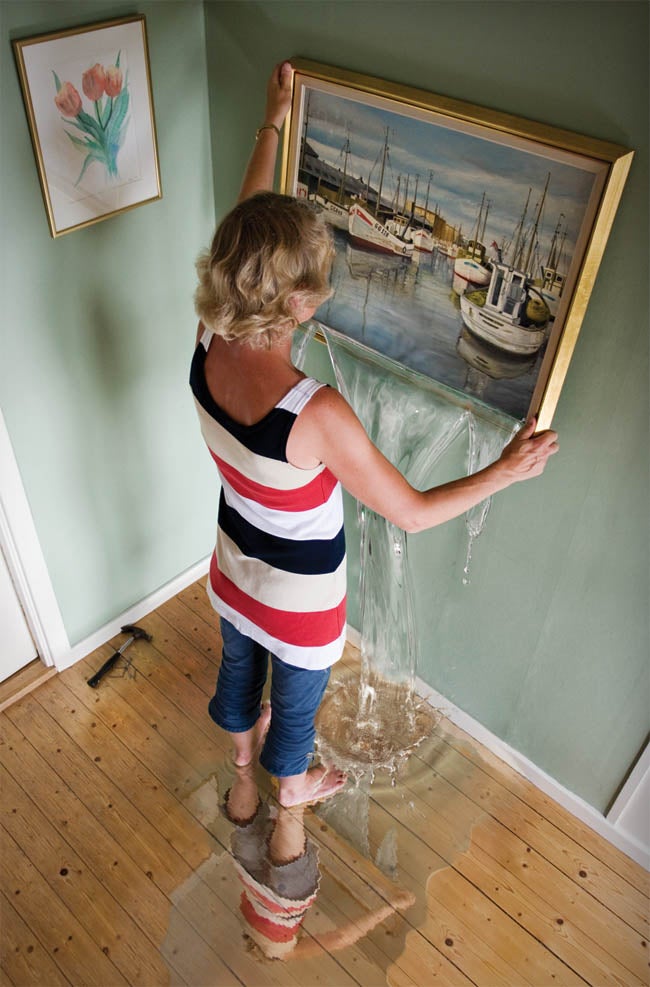 Looking at photographer Erik Johansson’s intricate photo manipulations, you might think of them more as digital art than photography. But in fact, Johansson explains, photography is one of the most important parts of his process—even if he uses the photos as raw material for his art.

“I began learning image-editing as I learned digital photography, when I was 15,” says Norrköping, Sweden-based Johansson, now 25. “Photography is my way of expressing an idea. I’ll sketch the idea, and then use photography and software to make it happen.”

Over the past three years, this former engineering student has focused these ideas into a personal study of optical illusion, using the realism of photography to trick the eye. These images require hundreds of photos, and from conception to realization may take him anywhere from three months to two years.

“It begins with an idea, something I’ll see and study from different angles,” he says, adding that he is also inspired by artists such as M.C. Escher. He’ll then make some sketches, plan his idea, and begin photographing—more difficult than it sounds. “To combine photos, you have to make sure capture your elements in the same lighting and from the same angles, with the same shadows,” he says. “To get multiple perspectives on a scene, I’ll shoot from different elevations.”

For the picture at top right, for instance, to combine the vertical lines of traffic with the horizontal lines, he had to shoot from different hills along the roadside, at a far enough distance to capture perfectly straight lines.

After a rough composite, he seeks out his final additions. He regularly collects a stock library of elements such as skies and trees, or textures from rocks and pavement. Other times it’s simply a matter of more research.

The final stage of compositing them in Adobe Photoshop, he says, takes 10 to 30 hours. “Combining is less difficult when the photos are planned carefully in advance,” he says.

Using up to 100 layers, he adds photos in piece by piece. “Certain objects require a lot of masking, such as with the splashing water” in the photo at far right. Next he adjusts color temperatures across layers, and then fine-tunes contrast.

“What I love is the ability to imagine a drawing and make it look exactly real,” Johansson says. “Digital photography and editing let you do this.”

How to
Manipulation
My Project
Processing
Shooting