Photo with subjects you can’t quite see. 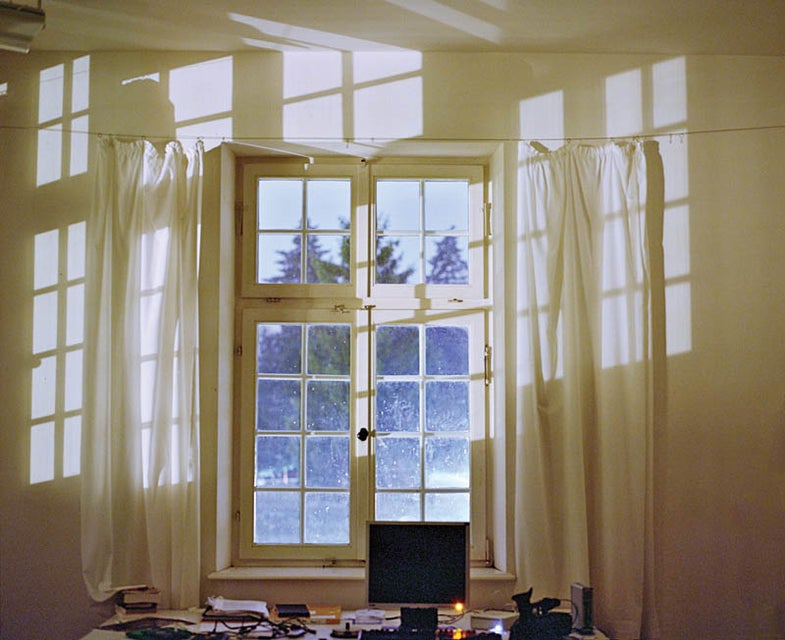 Corinne May Boltz’s “Haunted Houses” series began more as road-trip photography than a ghost hunt. “I’ve always been interested in domestic interiors, and the connections that people have with their homes,” she says. “Photographing homes with ghosts seemed a unique way to explore that interest.”

So for the past 10 years, the 33-year-old New York-based photographer and photo instructor has spent her free time shooting haunted houses. From legendary Civil War mansions in Gettysburg to remote log cabins in Harlan, KY, she has photographed in more than 100 homes in 85 locations, reaching from New England to the South to California. Some of them are famous— like the Edgar Allan Poe house in Baltimore. But most are just ordinary people’s homes, with an additional, invisible resident.

“I wanted to show a variety in terms of class, location and the way that people live,” Botz explains. “Sometimes I would research a famous haunted house and travel there specifically. But more often than not, it was just exploring small towns, and learning their secrets.”

Libraries and historic societies in many small towns often had records of local legends, or a friendly historian or old-timer would pass on an address or phone number.

Knocking on a door, she found that haunted-home owners were almost always excited to share stories. Often they told of a violent crime in the home, but they also described inexplicable events—doors opening and closing, and footsteps late at night. “Some people would talk about their ghosts as if they were living people,” Botz says. “They integrate a haunting into their lives.”

Botz often found herself exploring people’s homes at will, searching for a haunted vibe. “The owners were intrigued by what I decided to photograph,” she says. Occasionally she’d tripod-mount her Speed Graphic loaded with Fujifilm 160NC daylight film in a parlor or attic known for ghostly sightings. It was an intuitive process, imagining where a ghost might be and how it would appear.

The final collection of images— and ghost stories—has been published in _Haunted Houses _(2010, Monacelli Press). And though her work hasn’t captured any paranormal activity, Botz says, “It was intriguing to see people living their lives with ghosts about.”

But did she see any ghosts? “Just once,” she says, “at the Farnsworth House in Gettysburg. A door opened and closed, and no one was there.”

See more of Corinne May Botz’s super- natural locales and other work at www. corinnebotz.com.

Features
How to
My Project
Pro
Shooting
travel