How To: Shoot With Hard Light 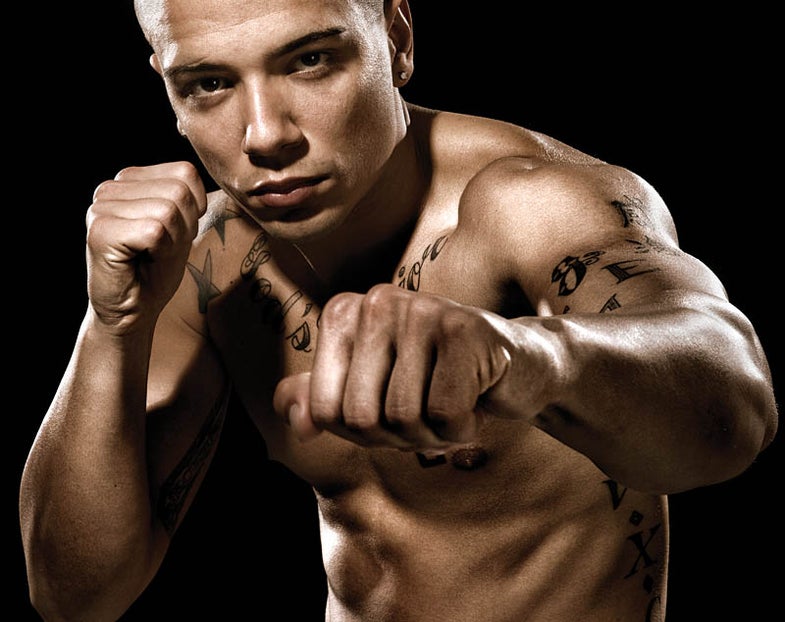 Soft, diffused light is best for portraits, right? Not always, says New York-based pro Matthew Hanlon. With some subjects, like this boxer, he maintains that the harsher the light, the better the portrait. To get it, he aimed four of his bright strobes directly at his subject, without usual softening agents such as diffusion material or ceiling bounce.

Why hard light? “Because my intent was to showcase the physique,” says Hanlon. “I needed high-contrast light that would define the muscles, by placing bright highlights on their peaks and then quickly fall off into shadow between those peaks.”

This interplay of light and shade is what conveys shaping, and you can’t get it with softboxes. If Hanlon had used softer light sources, the rolling interplay of light and dark that defines his subject’s abs and rib cage, for example, would have been fiattened out into one or two shapeless flesh tones. (The contrasty highlights are so blown out, in fact—thanks, in part, to a contrast tweak made in Adobe Photoshop—that the model appears oiled up. He wasn’t.)

The problem with hard lighting like this? For portrait subjects, it requires perfect skin. Just as it can show off musculature, hard light will also exaggerate blemishes and wrinkles. In Hanlon’s photo, see how the scar above the boxer’s right eyebrow pops? It wouldn’t have with softer light.

“Also, for most subjects, hard lighting requires much more gear than umbrella or softbox setups,” says Hanlon. “From experience, I knew I would need at least five lights to pull this shot off. I wanted a sepa- rate strobe for every plane that needed highlighting.”

On the other hand, just one soft source can illuminate an entire portrait subject, with maybe a little help from a reflector.

To hold onto detail in the shadows of this shot, Hanlon veered from his hard light strategy with one large softbox behind the camera that provided a small touch of overall flll. So while hard light can work for portraiture, don’t toss your softboxes!

Lighting How To
Photography Tips
How to
lighting
Portraits