How To: Understand Noise

What’s with that grain and mottling? 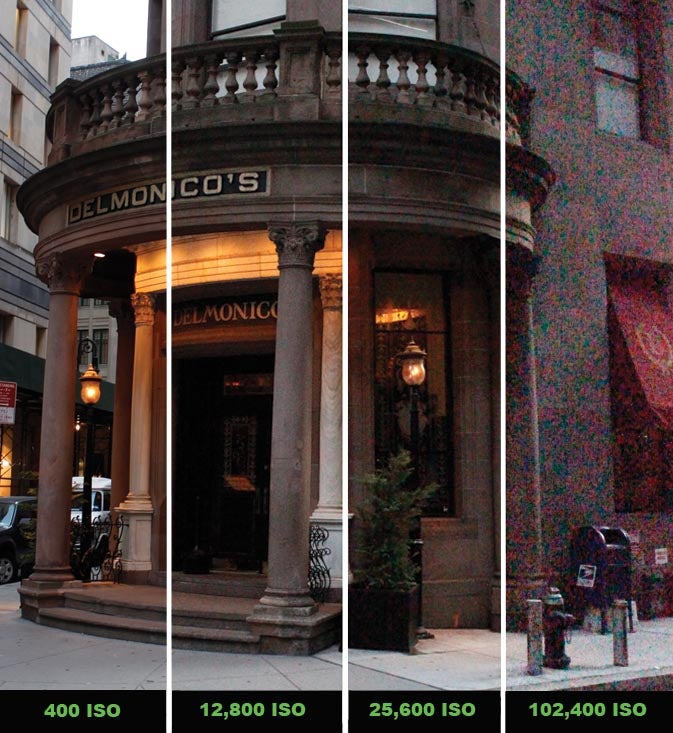 Say you’re tuning a radio to a station with a weak signal. You turn up the volume and hear static. Why? By amplifying the signal, you’re also amplifying unwanted stray electronic bits: audio noise.

Electronic noise in digital photos has the same cause: Amplify a weak signal from an imaging sensor too much, and you also amplify stray electrons in the sensor or elsewhere in the circuitry. It shows up in your pictures as coarse grain (sometimes okay) or color mottling (often pretty ugly).

A digital sensor is basically an array of tiny light meters, called pixels. Each pixel reads the light level at its spot on the sensor, and this measurement is bundled with those from the other pixels to make a picture file. (We’re skipping several steps for simplicity.) But if the tiny meters get too little light, the signal they send will be too weak unless—yep—you amplify the signal. And by doing that, you turn up the volume on the noise.

The volume dial on your digital camera is the ISO setting. Crank up the ISO, and you can shoot in less light—at a cost. Most DSLRs now have acceptable noise levels up to ISO 3200. Compacts do not.

Like radio receivers, some sensors are better at producing a clear signal. The major issue is pixel size. If you think of a pixel as a light bucket, a bigger pixel gathers more light than a smaller one. Which means you need less amplification of the signal. Which means the good signal will be proportionally much greater than the noise (called the signal-to-noise ratio).

DSLR sensors, with much greater area than compacts, can fit bigger pixels. Example: The Nikon D3S’s 12MP full-frame sensor employs comparatively huge 8.45-micron pixels (0.00845mm), while a 12MP pocket camera will have pixels of about 1.5 micron.

Other factors can influence noise and there are some effective strategies for reducing it. But there’s still no substitute for big pixels.