A teenager evokes a sense of kinship with a caged gorilla. 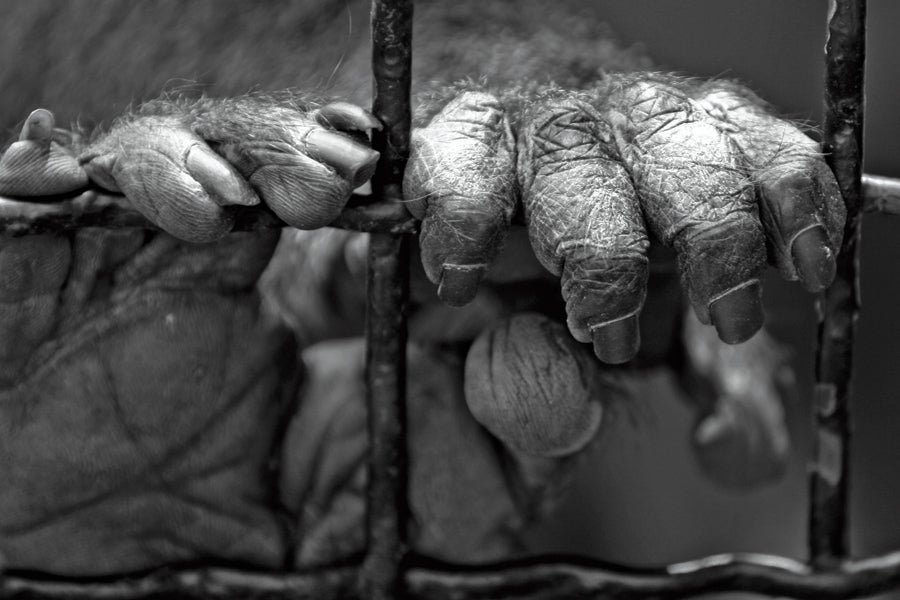 Dustin Stoll, 18, shoots sports events for Hutchinson Community College in Kansas, where he’s a student. And, he says, “my favorite photography is macro, especially bugs.” But he had only really photographed in color— until he saw our January 2010 black-and-white Photo Challenge.

Stoll originally shot this image in color at Rolling Hills Wildlife Adventure in Salina, KS, using his Canon EOS 5D. Passing by a gorilla pen, he noticed the ape’s hands. “They have a human resemblance,” he says, “but also a really cool texture.” So he zoomed in for a tight close-up.

Looking at the image later, he was struck again by the texture, and realized that it would make a great candidate for b&w. So he converted it in Adobe Photoshop.

The result? This picture, much better than most first tries. You can see more of Stoll’s photos at stollpics.com.

ENTER THE NEXT PHOTO CHALLENGE