How To: DIY Light Reflector

A versatile lighting tool you can make at home. 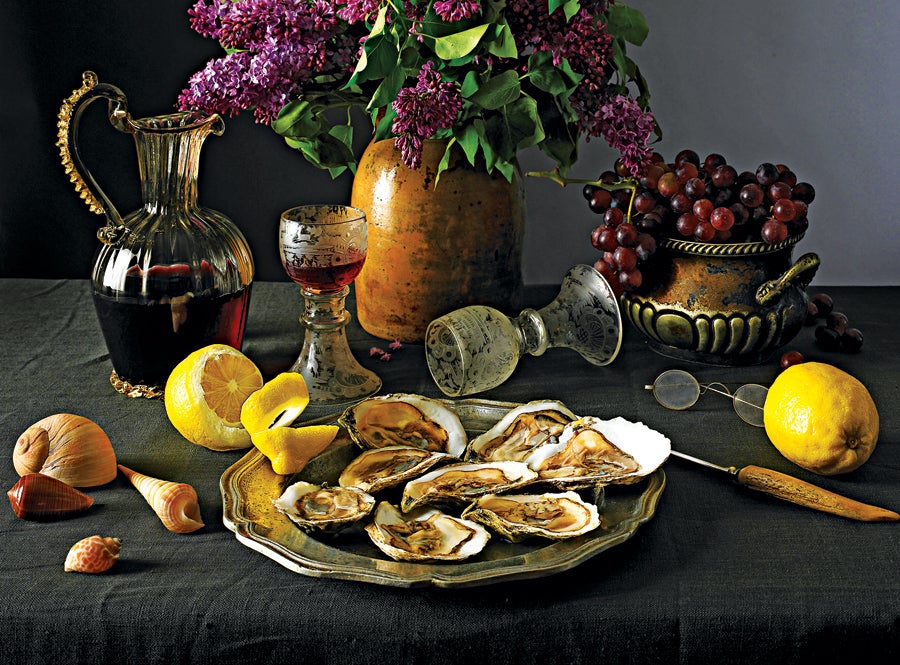 You don’t need tons of cash to own effective lighting tools — often you can make them yourself. Skip Caplan, a New York product and advertising pro (www.skipcaplan.com), produced a soft, delicate facsimile of window light for this Dutch Masters-style still life by bouncing two strobes into a homemade reflector called a V-card.

A V-card comprises two white reflecting surfaces joined, usually with gaffer’s tape, to form a V. Since you can make it very large, it’s great for replicating the qualities of window light: The larger a light source, the softer and more window-like the overall result. You can get this effect with a large softbox or beauty dish, but a V-card costs a lot less.

Caplan made his V-card from two 4×8-foot sheets of white foamcore, for a total surface area of 64 square feet. Thicker foamcore sheets are more rigid than cardboard and lighter than plywood, and make the best V-cards. Halfinch- thick sheets are rigid enough that even the largest sizes will stand on their own when joined in a V. Caplan’s Nielsen Bainbridge foamcore boards cost about $106, and should last for years.

-- V-cards are very versatile light reflectors. With them you can:

-- Narrow or broaden the light simply by opening or closing the V. This gives you great control, comparable to switching from a square softbox to a strip light, but much more easily done.

-- Control contrast by moving your lights closer to or further from the center of the V. The deeper strobe heads are placed into the V, the harder the light.

-- Maximize studio space because they easily fold up and prop against a wall when not in use.

-- Save time and money on portrait backdrops. As Irving Penn often proved, in a pinch V-cards can make quick and easy backgrounds. Caplan popped two 2400 watt-second Comet strobes into his V-card at full power. This produced a lot of light and let him move the V-card far enough away from the set (about 6 feet) that the light fell off very gradually from left to right. It would have fallen off more quickly if it had been much closer to his subject, as the left side of the tabletop would have received much more illumination than the right.

“V-cards throw a broader, more even light than a softbox or bouncing off a flat reflector— those give off light that’s hotter in the center than the edges,” Caplan says. “The white highlight in the left pitcher is perfectly even from side to side, with no falloff or central hot spot. Using a conventionally sized softbox, that highlight wouldn’t have been so large or so even.”

Why didn’t Caplan just light this from his large studio windows? “It took me 6 hours to light and style this,” he answers. “Window light would have changed too much.”

Make Your Own Window Light

To recreate the broad, diffuse look of window light with artifical sources, New York pro Skip Caplan popped two Comet CB-25 2400 strobe heads (A) into a large V-card reflector (B). A black gobo (C) prevented the main light from spilling onto the background.

Caplan used a white reflector (D****) to open up the shadowed side of the set, and a small mirror on armature wire (E) to bounce light back onto the sliced lemon. To bring out color in the wine, he placed a small white reflector (F) behind the carafe and goblet. And to add depth to the scene, he partially lit the background with a third Comet strobe head popped through a Chimera softbox (G).