How To Photograph Your Kids

Your child's school life is one big photo op, prepare with these tips. 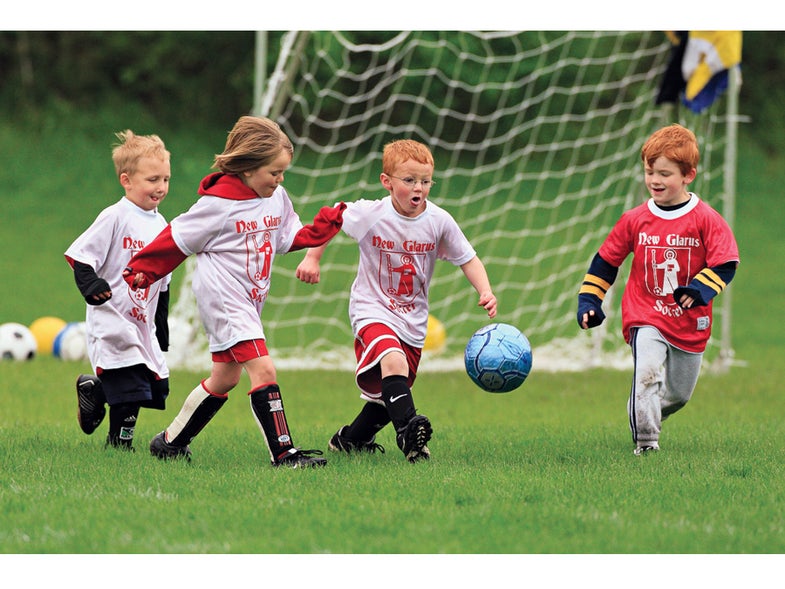 The first day is the hardest. Your 5-year-old waits for the bus that will whisk her away to kindergarten and beyond. From now until high-school graduation, it will be homework, sports, finals, talent shows, homecomings, science projects, proms, BFFs, and more. The bus pulls up, and, camera in hand, you’re capturing the bittersweet moment when you suddenly realize: You’ll be following her like this, snapping away, for the next 13 years. Make those pictures count.

First, get the right gear. Kids can rocket through a viewfinder, so use a camera that can keep up. By the time a typical point-and-shoot with its long shutter lag records an image, your kid will be two classrooms away. For fast response, as well as a choice of lenses and accessories, a DSLR is a must.

When shooting in gyms and auditoriums, you’ll never regret spending more for a high-speed lens and tripod. All the photographers featured here-many of them amateurs-attribute their success to f/2.8 and faster lenses that let them capture fleeting moments sharply while lesser optics blur them.

Next? Learn the basics of photographing kids. “Children make great subjects, because their expressions are less guarded and more honest than adults,” says Todd Klassy, a pro from Madison, WI, who caught the soccer moment on the top of the page. “But kids are hard to corral and coax into posing.”

Most pros who specialize in them don’t even try. “Children are naturals,” explains Pittsburgh-based Kathy Wolfe, who shot . “I rarely pose them, but just let them be themselves.” Watch carefully, and when the moment is right, shoot multiple frames at your camera’s highest burst rate. this photo

The harsh, artificial quality of electronic flash contradicts the innocence and naturalness we associate with children. And flash units rarely recharge fast enough to catch their ephemeral expressions.

To record her son preparing for an outing here, Rhiannon Risidore of Edmonton, Alberta, said, “I looked for natural light and found it flooding through my large patio doors. I used a 50mm f/1.8 lens at full aperture so I could shoot without flash or tripod, which almost certainly would have ratcheted up my son’s innate antsy-ness.”

Belgian pro Bert Stephani photographed his daughter on her first day of school using natural light, a telling prop, and emotion. “I wanted the picture to say something about the transition from kindergarten to grade school. The backpack is typical for kids going to school, and I caught her looking to the side and over her shoulder-to me it suggests that she’s looking back at her preschool years.” here

To keep attention on his daughter, Stephani looked for bright light, as well as patterns and structures that would appear pleasing out of focus.

Competitive sports are among the most photogenic events of the school year. Prepare to shoot plenty. Todd Klassy introduces himself to the coaches before a game begins. “It helps me get access and better camera positions,” he says.

He suggests investing in a camera with a high burst rate, a monopod or tripod, and a lens with a focal length no shorter than 200mm. “If you don’t feel your lens is long enough,” he says, “show up early and ask for permission to photograph the children a bit closer during warm-ups or practice.”

During the game, try panning, which Klassy suggests practicing at track meets, where the kids run a predictable route. “It implies motion, and it’s also a handy technique for keeping children framed until you’re ready to shoot.” When that moment comes, make it machine-gun style, at your camera’s fastest burst speed.

Your athlete plays indoors? Expect terrible lighting. Jeff Allen, a draftsman from Taylorsville, UT, overcame dim conditions with a fast lens throughout his daughter’s career as a high school volleyball phenom. [Check out one of his photos here.] “I use an 85mm f/1.8 Canon-best purchase I’ve made so far,” he says.

To keep shutter speeds above 1/250 sec, he cranks up the ISO to 1250 or higher. Also, he sets white balance and exposure manually. “When I started, I shot everything on aperture-priority-when I had a bright spot in the background, the camera would underexpose. But when I switched to manual exposure, my images visibly improved.”

Vihao Pham, from McLean, VA, has made a hobby of shooting dance performances. At dress rehearsals, he notes the well-lit stage areas and positions himself accordingly.

“Meters have a hard time with dark stages and spotlighting, so I meter manually,” he says. “I usually shoot wide open, checking exposure using histograms. If I’m under, I crank up the ISO.” When his subjects are in motion, he often shoots at ISO 1600 at f/1.8 and 1/250 sec-at the slowest, 1/100 sec.

“Don’t be shy about positioning yourself, as long as you’re not disruptive,” he advises. “At first, I shot only from the audience. I would not have been able to capture this shot [above] if I had been shy.”

And it’s rarely just your child in the frame-share with other parents.

Dave Wiggens, a math teacher and father of two from Saint Anthony, MN, shot the graduation photo above. “My images like this find their way to albums, slide shows, websites, and Facebook pages, and I’m proud when I am thanked for my effort,” he says. “I may never earn a penny from photography, but that’s okay. I enjoy every minute of the shooting and sharing.”

Check out the full gallery here! 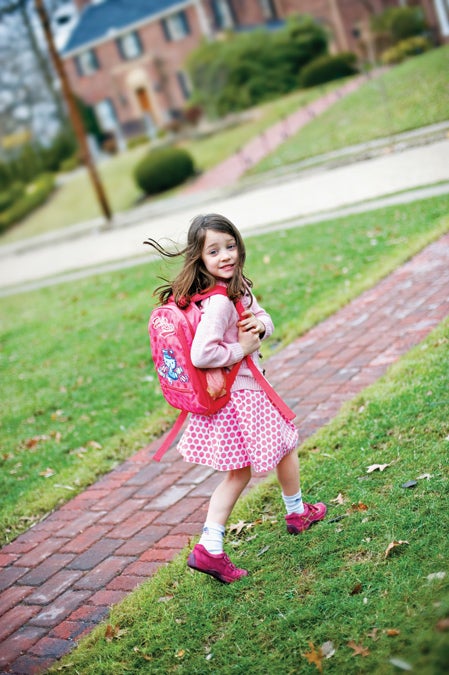 Professional child-photographer Kathy Wolfe of Pittsburgh, PA, says she often avoids making wardrobe decisions for her young subjects. “I let them be themselves,” she says. “Letting a child choose a tutu and boots or a giant pink backpack often results in a far cuter picture than one Mom or I could have styled.” www.kathywolfephotography.com 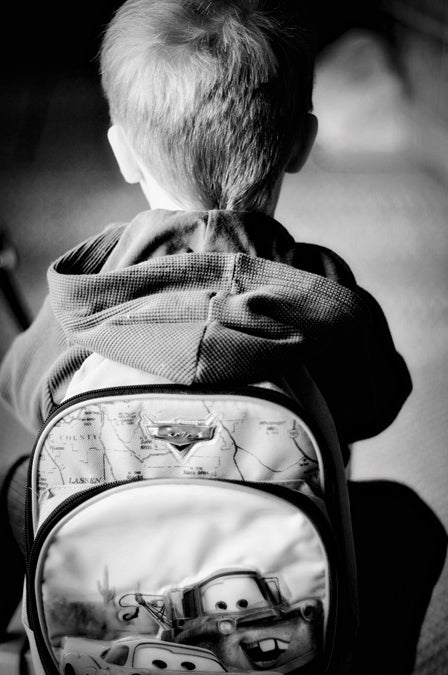 Soft, diffused, natural light is best for capturing a child’s first day of school—or any day. Rhiannon Risidore, a mom from Edomonton, Alberta, saw her 2-year-old son wearing a seemingly too-big backpack, and she quickly scouted her home for strong, natural light. She found it streaming soft and bright through a sliding glass door in her den. www.dontsaycheese.ca 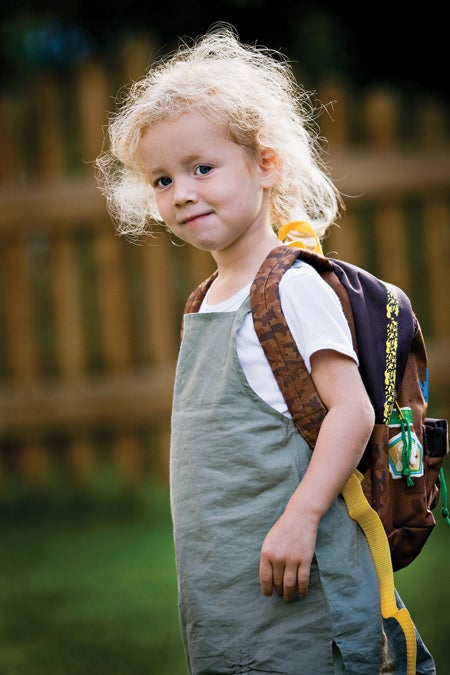 Bert Stephani of Zaventem, Belgium, wanted natural light to record his daughter’s first day of school. He waited for the sun to dip low in the sky, then used it to backlight her, giving her blonde hair a halo-like glow. 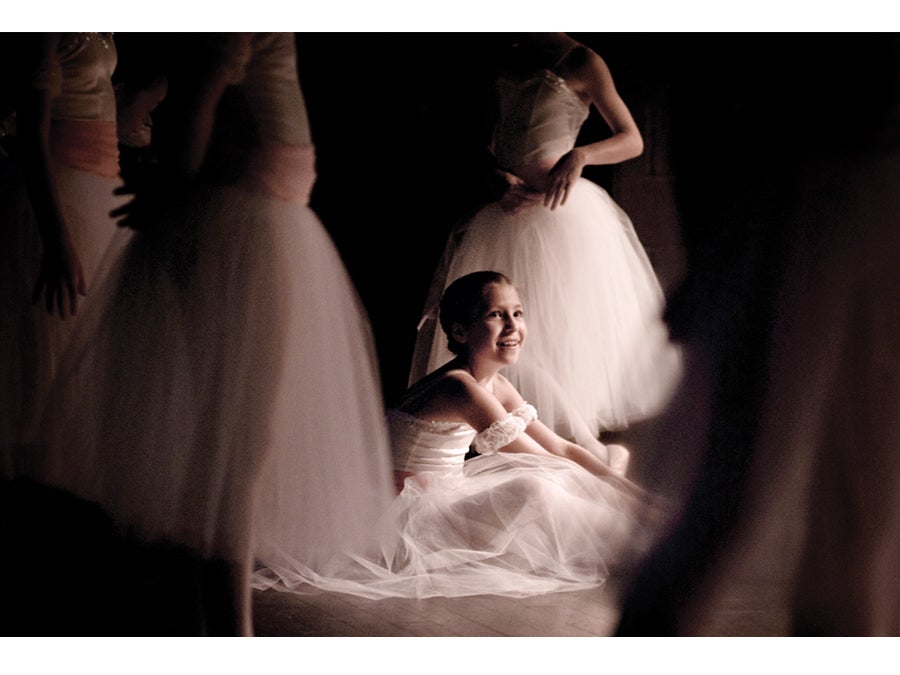 For this shot of a ballet dress rehearsal, amateur photographer Vihao Pham of McLean, VA, used a fast moderate tele: Nikon’s 85mm f/1.4. “Stage lighting can be very difficult,” he says, “and a fast lens is a must.” Can’t afford one? For indoor dance, theater, or music, rent one or buy an inexpensive 50mm f/1.8 and get in close. www.vihaopham.com 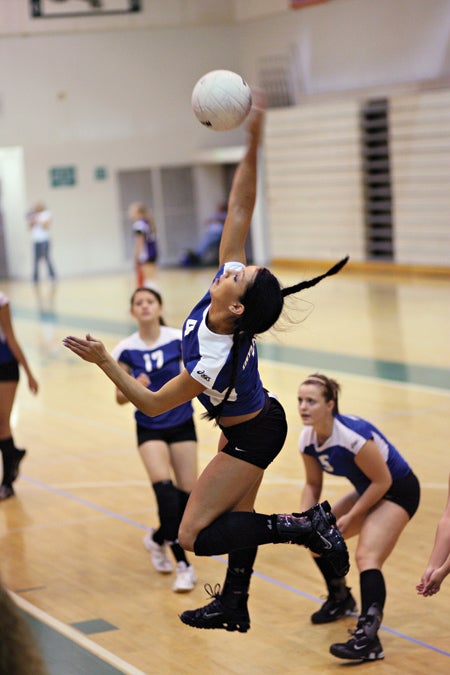 Jeff Allen, a hobbyist from Taylorsville, UT, started shooting his daughter’s high school volleyball games with a 24–70mm f/2.8 zoom lens that he thought was plenty fast. Sorry! His action shots didn’t become sharp until he brightened up his optical act with the Canon 85mm f/1.8 that he used to capture this spike. www.jeffreyalenphotography.com 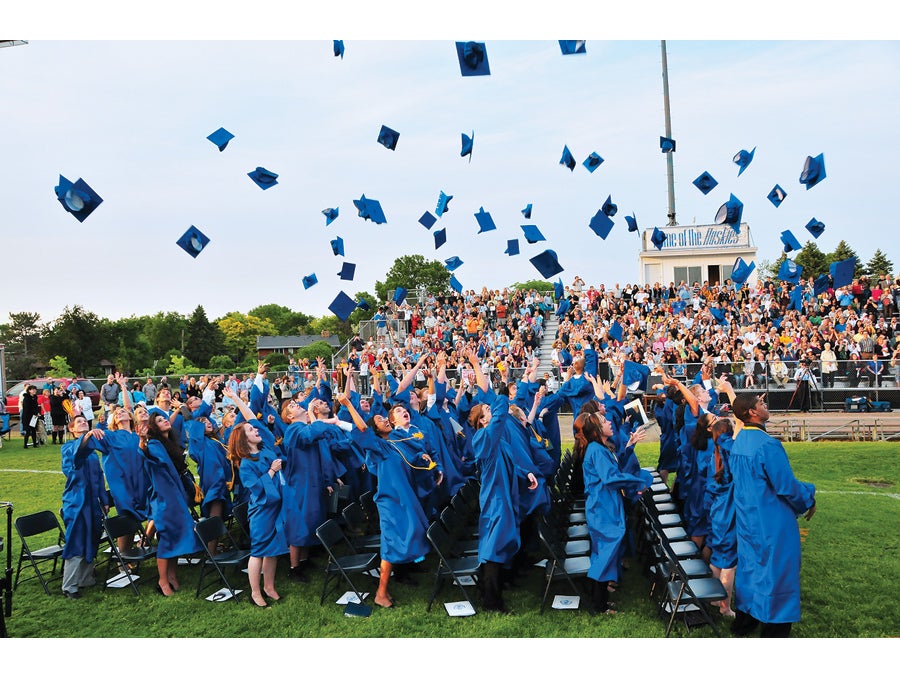 At events, reach for the bigger picture and always use continuous shooting mode. That’s what Dave Wiggens of St. Anthony, MN, did during graduation. “Just before students tossed their caps, I started continuously shooting about 10 images at 5 frames per second to make sure I got both kids and hats looking good.” davewiggins.smugmug.com 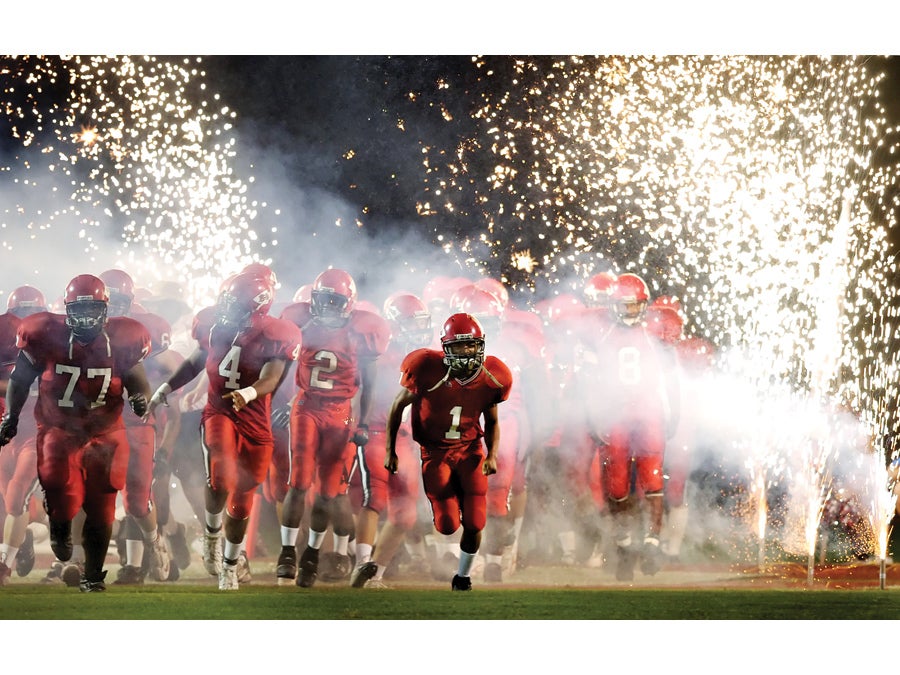 Sam Wolfe, who shot a Friday night game at Vero Beach High School on assignment for Scripps Treasure Coast Newspapers, used a 300mm lens to put viewers in the middle of the action.