Fujifilm, Ricoh get first crack at the new technology. 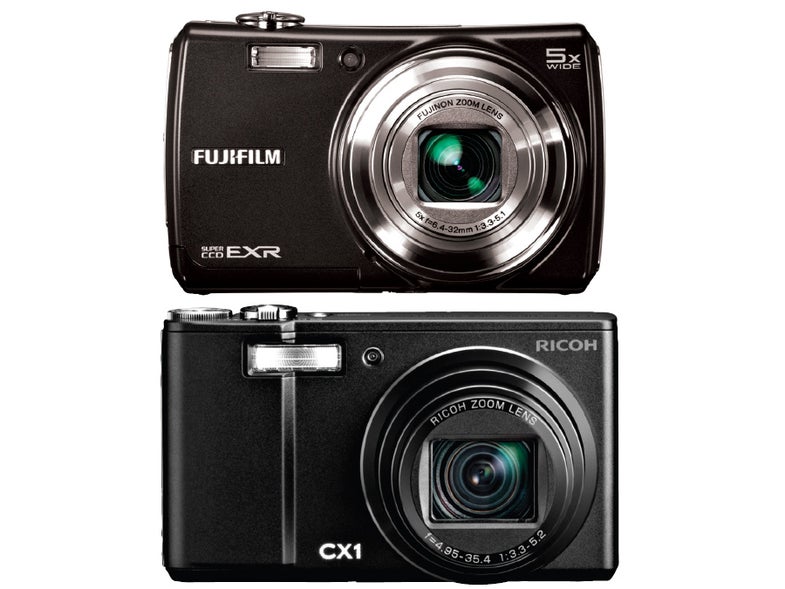 DSLRs rarely lead the charge in camera innovation. Rather, it’s often compacts that get first crack at new technologies-autofocus, built-in flash, and image stabilization, to name just a few. Here’s another one: automated high-dynamic-range (HDR) imaging.

HDR uses information from two or more images of the same scene to produce a range of tones from highlight to shadow that would be impossible in a single exposure. Until recently, you had to do this in postproduction. But now there are at least two compacts that manage it in the camera with a press of the shutter: Fujifilm’s 12MP Finepix F200EXR ($360, street) and Ricoh’s 9.3MP CX1 ($369, direct from www.adorama.com). The first DSLR with this feature, the Pentax K-7, is just coming to market now.

It’s just that we see too many images taken to the Fakey McPhake level. When done subtly, HDR looks like a finely gradated but natural photo.

How Do These Guys Do It?

The Ricoh takes two exposures in rapid succession (you hear one click), and combines the shadow and highlight details into a 9.3MP file. Just set DR on the mode dial; in the menu, you can choose very weak to very strong dynamic-range expansion.

The Fuji exploits its Super CCD EXR sensor, with 6MP of bright-light and 6MP of low-light sensors. The camera takes one picture, then combines the best of the highlight and shadow detail in a reduced 6MP file. Set EXR on the mode dial, then DRange Priority in a menu. You can also select the expansion level- for the photo here, we used the highest: 800 percent. Both usurp ISO control. The Fuji sets ISO 200; the Ricoh adjusts sensitivity according to scene brightness.

How Are The Results?

Quite good. The Fuji tends to bring down the highlights; the Ricoh tends to pull up the shadows. We adjusted exposure compensation on each to roughly equalize exposures-at their strongest settings, both did nearly equally well. But the Ricoh maintained a full-size file.

Any better than the shadow/highlight enhancement many compacts have? Yes. While some of those do boost dynamic range, they noise up the shadows a lot. Raise the ISO, and you get even more noise. But in the Fuji and Ricoh HDR shots, noise was very well controlled-it was nearly indistinguishable from that in their non-HDR images.

Not by a long shot. True HDR images have much more range; both the Fuji and Ricoh produced blocked-up shadows and blown-out highlights in their HDR modes. But these modes provide a very useful on-the-spot fix for overly contrasty scenes-they could be especially useful for vacation travel photos, when you don’t get to control your lighting.