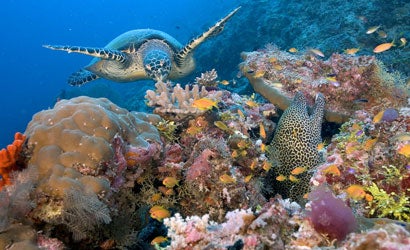 When Mark Snyder gives a seminar on his techniques of underwater photography, he rarely talks about underwater gear or the habits of sea creatures, or even about getting in the water. He talks about photographing an egg.

And when he talks about the greatest influence on his work, he doesn’t mention an underwater shooter or even a general nature photographer, but…Yousuf Karsh, the famed studio portraitist.

It makes sense, really: Snyder is essentially an underwater studio photographer. As such, he wonders why so many dry-land studio photographers who know all about multiple-light setups seem to forget everything about it when they go diving. “They use one strobe on the camera, aimed straight ahead,” he says.

This produces the pictures Snyder disdains as “the orange and blue shots” — the flatly lit orange coral in the foreground, the relentless blue of the dark water beyond.

Snyder picked up the basics of underwater shooting from Maria Hults and Bob Ricke, the couple who started him off in diving. Ricke also showed him a book of Karsh’s portraits, which proved an epiphany for Snyder.

Karsh was a master of light positioning, particularly, feathering — using the very edge of a cone of light, skimming rather than flooding the subject with illumination. Snyder usually uses this for main lights. “This small band of light is warmer and softer, and it has the quality of the first or last half-hour of daylight — magic light,” he says.

His fill lights are usually feathered, as well, although in a different direction. And he uses lights at a 90-degree angle to the lens axis to add contrast to nearby features — think sidelighting in landscape photography. Involved? Snyder may work for an hour on one shot.

Though he has a background in serious photography (he studied at New York’s School of Visual Arts), Snyder had been away from it for some time when he took up diving. “For two years I had no intention of photographing under water,” he says. “I watched people with the Nikonos system with the frame finders, and it seemed like too much work.”

Then came the moment while diving in Cozumel, Mexico, when he found himself in the midst of migrating eagle rays. “Eagle rays are among the most beautiful and graceful animals in the ocean, but very shy, and I had seen only one at a time on rare occasions,” he recalls. “On three dives [in Cozumel] we saw over 120. I wanted to find a photograph to remember it — but found there were none.”

When he got back home, he went shopping for an underwater rig.

Snyder, convinced that digital was the way to go, began with a 4MP Olympus C-4040 zoom camera with an underwater housing. By the time digital SLR equipment entered the mainstream of underwater photography, Snyder had won a number of awards and was ready to move up.

Learning good lighting techniques is best first done on dry land, and that’s where the egg photography comes in. Beyond that, Snyder has these suggestions for going deeper than underwater point-and-shooting:

• Develop diving skills. “For photography the most important skill is buoyancy control — the ability to hold yourself in a stable position in the water,” Snyder says. Most underwater photography is close-up work, and adjusting focus may mean moving the camera back and forth by fractions of an inch — while staying motionless in the water.

• Predetermine lighting setups. While sometimes you may have a cooperative subject that will stay still long enough for you to adjust lights, sometimes you won’t. Snyder will find an underwater area similar to the one he wants to shoot at, and set up his lights there.

• Shoot upward. Photographing from below a subject makes it look large and real — shooting down makes it look smaller, and it can get lost on the background.

• Shoot close. “Twenty-four inches is an outside working distance,” Snyder says. Water can simply suck up lighting — flash falloff is much greater underwater.

• Shoot for the small reflection in the eyes. Catchlights are important for any wildlife photography, but underwater they’re particularly important for dimensionality.

• Choose a place and subject and work it a lot. “It can take many attempts to get a satisfying shot,” Snyder says.

• Respect your subjects. Snyder will pop his strobes a number of times to acclimatize creatures to it. “Spending time with an animal underwater is important, first to maybe learn something about its behavior, then to get the animal used to you and the camera,” he says. “We are big in the water and perceived as a potential predator. Move slowly, and if an animal is moving, never chase it. Choose a spot out in the distance where you hope the animal will go, and wait for the shot to come.”

New York City-based Mark Snyder, 48, spends several months of the year as a consulting diver for dive boats and resorts in the Maldives and Indonesia. He frequently gives seminars on his photo techniques around the country. You can see more of his work at www.starknakedfish.com. 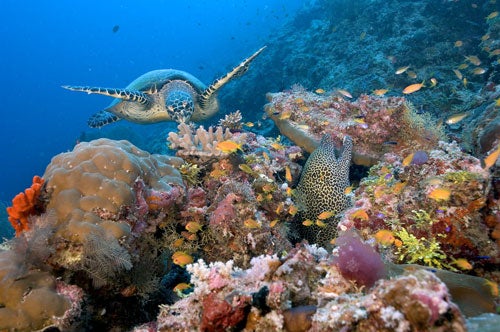 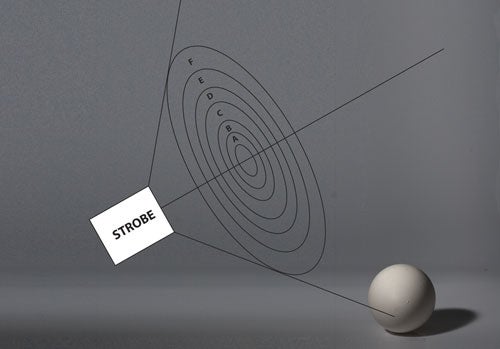 The effect at the very edge of the cone of light. 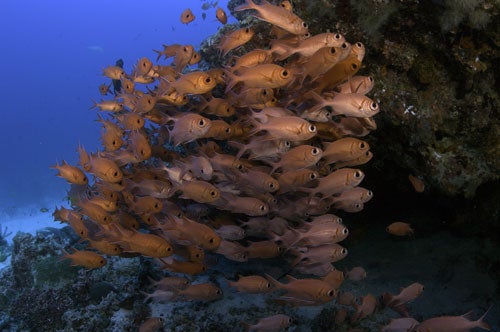 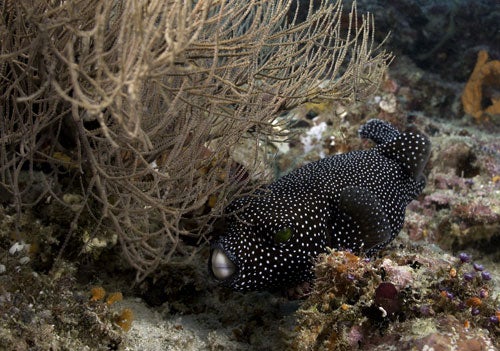 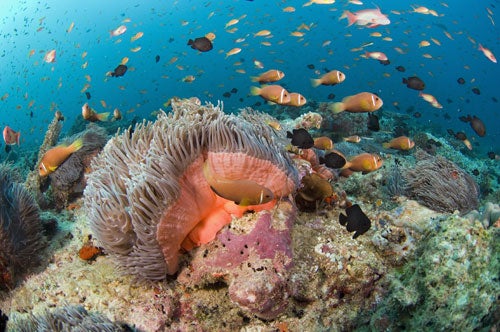 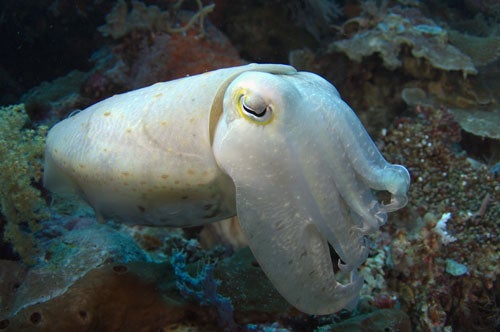 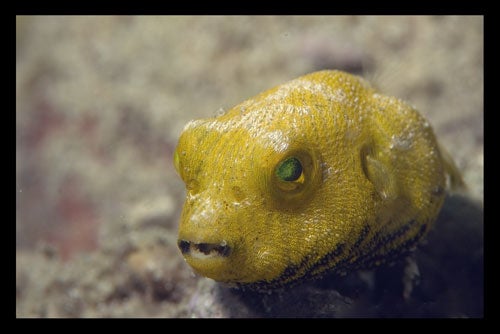