Faster than a speeding bullet? Almost! 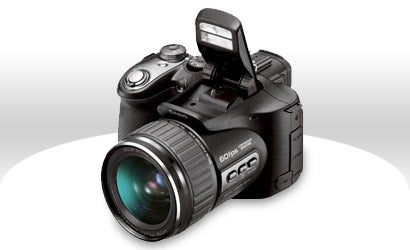 Sometimes, albeit very rarely, a new camera comes out that makes me think: Wow! That’s amazing! Then, not too long after, the technology that knocked my socks off becomes ubiquitous.

It happened more than a decade ago when Casio first put an LCD screen on a digital camera. And now Casio has done it again with its new EXILIM Pro EX-F1 ($999, estimated street).

What? Almost a grand for a 6-megapixel, electronic-viewfinder model? That’s expensive, considering the crowd of competitively priced 10-14MP DSLRs. Sure, the Casio packs an image-stabilized, 12X, f/2.7-4.6 zoom lens, and such goodies as the ability to shoot high-definition movies at 1920×1080-pixels per frame with stereo sound. It also includes an HDMI jack (cable optional), a hot-shoe for mounting an external flash or video light, and a jack for an accessory microphone. But at this point, we’re starting to expect that kind of stuff.

No, what’s truly unique — and really quite amazing — about Casio’s new camera is its ability to capture full-sized images at up to 60 frames per second and shutter speeds up to 1/40,000 sec.

Don’t think 60 fps is fast enough? Then switch to video recording mode and capture lower-res 512×384-pixel images at 300 fps, or thumbnail 336×96-pixel images at a blazing 1200 fps. That kind of frame rate can give you fantastic slow-motion footage that is great for analyzing high-speed events. Want to pick apart your golf swing? Or capture an exploding water balloon? This is your camera.

How does this 6MP camera pull off this kind of stop-action photography? With help from a new generation of image processors, a newly developed CMOS sensor, and lots of built-in RAM memory, Casio found a way not only to capture images at a burst rate of 60 frames per second off the sensor, but also store as many as 60 frames in the RAM buffer prior to storing on the removable SD or SDHC card.

This allows you to scroll rapidly through the 60 frames using the camera’s 2.8-inch LCD monitor to choose only the ones you want to keep. Or you can set the burst rate from 1 to 59 fps to extend the time covered by the burst. Dialing down the burst speed also allows you to use the EX-F1’s pop-up flash at up to 7 fps (another first).

Not a fast enough flash? A lower-powered LED light fires at between 10 and 60 fps, but works only for subjects close to the camera.

My favorite setting is a new (as yet unnamed) mode that I call “Before and After.” In the first variation, the camera continuously captures 6MP images at 60 fps, emptying out and refilling the buffer until you press the shutter. At that point, it stores the 60 frames taken prior to shutter release, giving you a 1-second window to capture the perfect moment. Or it can be set to capture 30 frames prior to shutter release and 30 frames after.

It will be interesting to see what creative photographers willing to push the envelope will do with the EX-F1. And I’m looking forward to the day when this technology migrates to a more affordable Casio compact — or even to a DSLR.

Will I someday be able to capture that mystical green flash I once saw at sunset in the middle of the Atlantic Ocean? Only time will tell.

Q. I print lots of borderless photos on my inkjet printer, but important edge detail is often cropped by the printer. How do I stop that from happening?

A. Nearly all software print drivers have a borderless expansion slider. Move it from max to min (or in between) to retain edge details.