An oral history of September 11, 2001, as told by the photographers who covered the terrorist attacks on America. 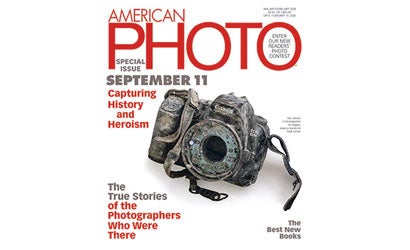 This story was part of American Photo’s September 11 Special Issue published in January, 2002, and was a co-production with The Digital Journalist (www.digitaljournalist.org).
On a clear morning, as America’s preconceptions of security vanished in the thick brown clouds over lower Manhattan, photographers rushed in from every direction. Many had witnessed destruction and death in the farthest corners of the globe, but none of them had ever recorded anything like what they were about to see. A few would barely escape with their lives. And when the long day was over they would all know why, exactly, they do their job and what, exactly, that job can ask of some­one. Here are the stories of more than a dozen photojournalists who saw the world change on September 11, 2001.