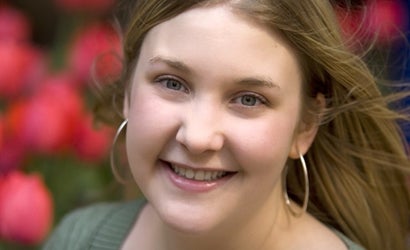 With a look of unmistakable satisfaction, Melody pressed her thumb against my cheekbone one last time, blending the touch of rouge she’d just applied. “What about my eyes?” I asked, peering at my face in the mirror. It looked the same to me as when we’d entered the cosmetics store, but she’d helped me apply some light foundation, lip gloss, and rouge. “No eye makeup,” she said. “You look natural. Let’s go.”

I was ready for my close-up.

I was about to have professional portraits made specifically to spruce up my online dating profiles. (Yes, that’s “profiles,” plural. I like to cover my bases.) I once believed that online matches review a person’s profile based on content, but that simply isn’t true. I realized this by examining my own behavior: I dismiss any “wink” or e-mail that comes my way if the sender’s picture doesn’t immediately attract (or at least fail to repulse) me. No pictures at all? Forget about it. You’re not even included in my search parameters. So I figured, if I am willing to abandon a possible love connection based on a single jpg, I’d better be sure my own primary picture is appealing enough to garner attention.

Online dating portraiture is an increasingly popular specialization for photographers, especially because it has relatively low barriers for entry. Since most online dating websites have very strict-but-simple specifications for photo submissions — images must be low res and small — anyone with a D-SLR could potentially set up shop as an online portrait photographer. But the market is looking for pros: Datingheadshots.com and Lookbetteronline.com, two websites founded in the last five years, both hire experienced photographers to shoot portraits solely for use on online dating sites.

“I think that my photo brothers are starting to realize that this is a brand-new emerging market, and as they watch other markets contracting, like stock photography, they need to find new markets that are going to maintain their revenue stream,” says Gordon Gooch, president and founder of Datingheadshots.com.

Given the advent of crowdsourcing and the diminishing pay scales for stock photos, Gooch is keen to carve a viable niche — and he’s not alone. He says anywhere from 3,800 to 4,500 photographers apply each quarter to join his Datingheadshots network, which extends across the United States and Canada and is preparing to expand into Europe.
“It’s a way to help photographers tap a new market, control their time, and get introduced in their communities to a whole new level of client,” Gooch says.

Gooch, who also maintains a commercial photography business, says he became aware of the demand for online portraiture several years ago after speaking with Match.com representatives who attended one of his gallery events. Shortly after he created Datingheadshots, an online system that allows customers to search by ZIP code for studios near them where sponsored photographers are working. For liability purposes and quality control, his photographers do not shoot on location.

“Using commercial studios guarantees us a certain level of quality that we’re really looking for,” says Gooch. And as studios become more expensive to maintain, their owners are increasingly eager to fill in their downtime. If a Datingheadshots photographer doesn’t have a studio, Gooch will put them in touch with studio owners who may agree to work long-term with several Datingheadshots photographers, giving them a kind of mini franchise. Photographers sign service provider contracts with Datingheadshots, usually for the span of a year, but retain complete control over their schedules. An average shoot for Datingheadshots lasts 30-40 minutes and costs the customer $125-$160, depending on the package. The photographer’s cut can be as high as 75 percent. “Let’s just say there’s a huge potential out there,” Gooch says. “If you’re making 60-75 percent of every shoot that goes through, it adds up.”

The organizational structure of Lookbetteronline.com is a little different. Ross Jacobs, director of services for Lookbetter, says his photographers “believe that we are offering a service that really helps people to find their significant others. They believe in it so much that they’ve agreed to greatly reduce the prices of their sessions to work with us because they really feel a great need in the community for a service like this.”

There are no contracts at Lookbetter, and on-location photographers are welcome. Rather than booking through a studio, customers select individual photographers through the website after searching by ZIP code. A 45-minute basic session costs $149, which customers pay online at Lookbetteronline.com. Once the photographer uploads photos from the shoot to Lookbetter’s online platform, he or she receives $60 for a studio shoot and $75 if the shoot is on location. Intrigued by the idea of an on-location session, for my portraits I searched Lookbetteronline.com and chose a photographer based in New York (where I live) named Melody Reed.

“Stop right there,” Melody told me. We were walking the curve around Columbus Circle heading toward Broadway, and a wall of silver metal had caught her eye. “I love texture,” she explained, her camera clicking rapidly as she motioned for me to turn my face to the left. At first I stood awkwardly offering her half smiles — it was bizarre to be the center of attention, and I could feel the eyes of passerby upon me. But Melody’s enthusiasm for the images she was capturing relaxed me. “You’re beautiful!” she exclaimed. “Sometimes I don’t see the full beauty in people until I’m looking through my camera lens.”

My confidence bolstered, we meandered for several blocks, pausing intermittently to get shots against different backgrounds: a light post, a brick wall, a tulip garden. It was a windy day, and my long hair whipped around in the breeze. I joked that we wouldn’t have gotten the windblown effect in a studio, and asked Melody, who does about three shoots a week for Lookbetter, why she doesn’t have one. “I have this billion-dollar studio,” she told me, gesturing to the city around her. “It inspires the client more,” she said. “In a studio it’s hard to simulate natural relaxing.”

One of the tricky things about shooting for online dating is walking the line between professional and artificial.

“Lookbetter doesn’t want shots in a real studio because it looks posed,” says Anita Zvonar, a Canadian-based commercial photographer who shoots online dating portraits for Lookbetter as “sort of a nice little break from the pressures of my other photo jobs.”

Though Zvonar shoots primarily on location for her commercial work, her online dating portraiture clients come to her home studio, where she creates shots that are as un-studio-like as possible. She’ll use a reflector instead of standard lighting, or have a client sit on her “funky leather couch.” She’ll coordinate an outfit to a setting, but tries not to be “overly creative” with her angles.

However, Zvonar doesn’t think clients mind if the shots look a little posed; she thinks it’s becoming more acceptable to get portraits made for online dating purposes, that the older generation of online daters are “just being honest” about presenting themselves as well as possible. “They have money, and they’re fine admitting they need to make an effort,” she says.

Datingheadshot’s Gordon Gooch agrees that clients don’t care whether the photos look like they’ve been made professionally. Although Datingheadshots, like Lookbetter, instructs its photographers to avoid making portraits that look “like some classic high school pose,” Gooch says clients tend to prefer a more professional look.

“Invariably they will choose a very good studio headshot over the ones that are outdoors or more ‘natural,'” he says. What really matters, though, is the overall quality. “The most important photo for an online dater is the initial or the primary profile photo” that “makes or breaks the deal,” he says. “Whether that shot is in a studio or outside or in a bar doesn’t matter. What matters is the quality of the photo and the fact that the photo conveys the essence of the subject.”

“Welcome to my office,” Melody said, waving me into a YMCA on 63rd street. We found an empty table in the seating area, and Melody set up shop. That is, she removed her Canon 20D from around her neck and propped it against my bag on the tabletop. She showed me how to spin its dial to view the images and pulled out a napkin. I gave her a pen. “Go on through,” she said, “and call out the numbers of anything you like.” We looked through the pictures together — she periodically commented on a shot she especially liked, and I periodically wrinkled my nose at the ones I didn’t. When we finished, about 50 numbers were on the napkin. My package only included 12.

Lookbetter encourages its photographers to upsell, which means that when I hesitated while narrowing down my selections, Melody suggested I buy a CD of all the shots for $90. Upselling is a good opportunity for photographers to make extra money — Zvonar said her clients end up buying additional photos 90 percent of the time. But it also puts pressure on the customer; I’d already paid $149 for the 12 photos included in the Lookbetter package, and after making a personal connection with Melody during our shoot, I felt guilty telling her no (although I did it anyway).

At Datingheadshots, photographers are not allowed to offer anything beyond the 50 or 100 pictures the customer has already purchased — but they are always encouraged to give out business cards and to inform clients of upcoming specials. “We’re hoping our photographers connect with online daters,” Gooch says.

The potential for repeat business, the opportunity to fill dead studio time, and the chance to connect with people are just some of the reasons photographers are delving into online dating portraiture. “I always try to pull the positive out of the person,” says Michael Slaughter, who does mostly advertising and editorial photography but shoots for Lookbetter on the side. Based in Itasca, Illinois, where the online dating population is less than huge, Slaughter averages 20 shoots a year for the service. “If I had to rely on Lookbetteronline to keep me in business, I wouldn’t be,” he says. “But I happen to love what I do.”

A couple of days after my shoot with Melody, I got an e-mail telling me my photos were available for download. I was disappointed to see that I had hair in my face in one of the pictures, but I was happy with a majority of the shots. “I think it’s important to have a friendly, natural picture that just happens to be professionally done,” Melody had told me, and that’s exactly what she had produced.

So now I have a great set of profile pictures… but I’ve yet to see concrete results online. Since posting the new shots I’ve gotten a lot more “winks,” but the quality of my suitors has failed to improve. At least now I am confident that potential matches are not making their judgments based on a digital snapshot of myself at a bar, with my friends crudely cropped out of the photo. Instead, online daters now reject me at my most attractive.
I probably won’t be contacting Melody for wedding photography anytime soon, but it does feel good to know I’m putting my best face forward.

Christina Bryza is a Manhattan-based writer with a journalism degree from Northwestern University. She persists in dating and can be reached at c.bryza@gmail.com.