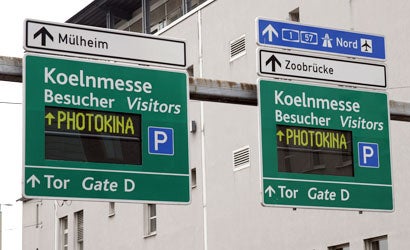 Photokina 2008 is underway and when it’s Photokina, it means lots of new cameras, gadgets, lenses, software and accessories! Showstoppers include the Canon EOS 5D Mark II announced last week, to the exciting new Lensbaby line, which launched right as the gates opened for the show. Let’s not forget about a whole new Creative Suite from Adobe! All in all, Photokina 2008 will have photographers scambling to add things to their holiday wish lists!

We’ve put together this list of briefs to showcase some of the recent announcements that people will be talking about at the show, and on the message boards. Stay tuned to PopPhoto.com for updates throughout the show.

Panasonic Lumix G1: Less is More
The revolutionary little camera that takes the SLR out of DSLR

Lensbaby Composer: A Brand New kind of ‘Baby.
A new ball-socket based Lensbaby launched as Lensbaby reinvents itself.

The Leica S2 features a larger-than-full-frame 37.5 megapixel sensor in a 35mm-sized SLR body.

My Passport Elite and My Passport Essential portable hard drives are now available in 500GB capacities.

Eye-Fi offers enhancements to its wireless memory cards
Faster wireless speeds and optional services will be available in October.

This money-saving bundle includes all of Nik’s filters for both Adobe Photoshop and Apple Aperture.

The first bag in the company’s new Seattle Series Bags affords waterproof protection for camera gear; and it floats, too.

The drive writes and reads Blu-Ray and is backwards compatible with recordable CD and DVD media.