Our first annual roundup of the innovators who are changing the art and business of photography. 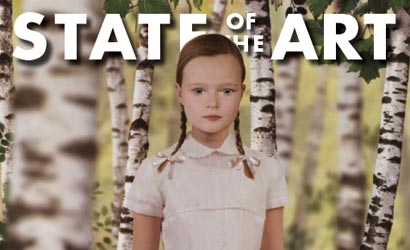 In photography today, changes come at a blinding speed, and often from the most unexpected of places. Who could predict that a Pulitzer Prize-winning photojournalist for the Dallas Morning News would help revolutionize the newspaper business through the use of digital video camcorders? Who would guess that Magnum Photos, whose approach to the future was at once both chaotic and sclerotic, would emerge as a hot brand after partnering with an online magazine? How did a Mexican-born marine biologist turned photographer organize what promises to become a powerful visual force in conservation? And why is the fashion world buzzing about a $7,500 book featuring the latest in commercial and fine-art photography (an example of which you see here)? Then, of course, there are all those bloggers. Without further ado, American Photo presents its first annual list of the people who are now shaping the future of photography.

Joerg M. Colberg, Shinji and Teru Kuwayama, Andy Goetze, and Dennis Dunleavy
A new generation of thought leaders has emerged to give photographers and photography fans new avenues of information.

Cristina Mittermeier
Director of the International League of Conservation Photographers