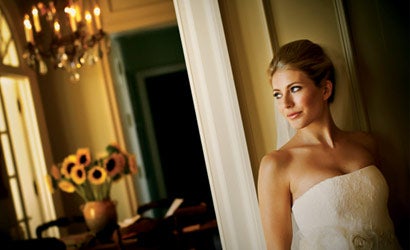 Editor’s Note: Due to an error in our original test of the Pentax K20D’s AF speed, we have retested the camera. This article contains updated, corrected information as of August 18, 2008.

Armed with the latest DSLRs, photographers can get shots that were all but impossible even a few years ago. And images taken in the most difficult situations have never looked so good.

Although low-light performance has been improving incrementally across the board for the past few years, it has soared recently. ISO 3200 and even 6400 is increasingly common, digital noise shows up less, and higher megapixel counts let you apply noise reduction either in the camera or in postprocessing while maintaining plenty of sharpness in your images. No tripod? You can handhold to 1/8 sec or slower.

And, camera makers say, it’s only going to get better, as photographers demand ever-superior performance from their cameras. Technology developed for pro-level DSLRs is trickling down to consumer models. At the same time, some sophisticated technology from compacts, such as smaller IS systems and white balance linked to faces in the scene, is migrating upstream to DSLRs.

“With film cameras, nobody expected to get high image quality in low light — you accepted the grain and the contrast. But now you talk to photographers, and it’s almost like they expect the same image quality at ISO 3200 or 6400 as at ISO 100,” says John Knaur, senior marketing manager for DSLRs at Olympus Imaging America Inc.

Going forward, “low-light performance is going to be a driving challenge, and with it there will be changing mores and habits among photographers.”

The pacesetter, at least for now, is the 12.1MP Nikon D3 ($5,000, street, body only), which can reach an astonishing ISO 25,600, 2 stops above ISO 6400, albeit with a lot of noise and less resolution. In our recent tests in the Pop Photo Lab, image quality was Excellent through ISO 3200 and still Extremely High at ISO 6400. The AF system took less than 1 second to lock onto a subject in a very dimly lit room (measured as EV -2 at ISO 100, essentially candlelight), much darker than was possible to focus in just a few years ago.

What does that mean for photographers? “Tough available-light situations that I once had to shoot at slow shutter speeds — and justified in the name of creativity — are a thing of the past,” says sports photographer George Tiedemann, a Nikon-supported shooter, who used the D3 for the photo on the opening spread. “I can do things today that I would only dream about doing before.”

The trends are evident not just in pro DSLRs but in advanced-enthusiast models we’ve tested recently. (For the relevant specs and our Certified Test Results for all of the DSLRs in the $1,000-2,000 range we’ve tested since last autumn, see the table on page 72.) Take, for example, the 10.1MP Canon EOS 40D ($1,140, street, body only). Its ISO range stretches to 3200, image quality for RAW files (converted to 16-bit TIFF) is Excellent up to ISO 1600 and Extremely High at ISO 3200, where noise tops out at Moderate. Indeed, the 40D produces about as little noise at ISO 800 as its grandparent, the 8.2MP Canon EOS 20D (tested in our January 2005 issue), did at ISO 200 — and with far greater resolution.

While Canon traces this progress to its development of the CMOS sensor and DIGIC image processor (now DIGIC III) in 2000, both have been refined since then. For instance, “we increased the size of the microlenses over the individual pixels on the sensor and reduced the gaps between them,” says Chuck Westfall, director of media and customer relationship for the Camera Marketing Group at Canon U.S.A., Inc.

He explains that pixels are sensitive to light only at the center, so using microlenses to focus the light onto that part of each pixel “increases the sensor’s signal-to-noise ratio.” At the same time, “the percentage of the pixel that’s light-sensitive has increased with each generation of the sensor.” And although Canon has shrunk the pixel size to fit more on a sensor, the light-sensitive portion has remained the same size.

Thanks to these and other steps, the $4,100 (street) EOS-1D Mark III, introduced a year ago, hits ISO 6400.
While Canon has been using CMOS sensors in DSLRs for many years, and Olympus has long used a somewhat similar Live MOS sensor, other manufacturers started putting them in their high-end models only recently. Indeed, every camera on the table on page 72 uses this kind of technology.

MOS-type sensors convert analog information (that is, light) to digital data right on the same chip. In contrast, CCDs — the sensors used in most digital cameras — send analog data through a separate circuit board called an analog-to-digital (A/D) converter, then to the camera’s image processor, adding noise along the way.

Pentax adopted a Samsung-made CMOS with its new top-of-the-line 14.6-megapixel K20D ($1,300, street, body only), which reaches ISO 6400. “We’re able to pack more megapixels on without adding much noise,” says John Carlson, manager of product marketing and support at Pentax Imaging Co. “Lower-res sensors create less noise in general. But a CMOS, just by nature of how it processes images, produces less noise.”

Why not apply it? Noise reduction comes at the expense of resolution and sharpness. Largely due to differences in their image processors, some cameras, such as the Nikon D300 ($1,800, body only), manage to retain a lot of detail even when applying in-camera NR. Others aren’t as good at it.

Increasingly sophisticated image processing and camera operating systems have also made a big difference in low-light performance. Not only have the algorithms that control noise improved, but so have those affecting tonal and dynamic range, white balance, color saturation, and other aspects of image quality.

The latest cameras now capture and process image data at a 14-bit color depth, up from 10 bits a few years ago, so that they’re handling a much fuller range of tones. The Nikon D3 processes images at 16 bits and writes them to the CF card at either 12 or 14 bits (for NEF RAW files) or the standard 8 bits for RGB-TIFFs and JPEGs.

“Processing image files at a higher bit-depth before reducing them back to a lower bit-depth helps maintain a higher level of quality overall and a smoother gradation of tones in the final image, regardless of file type,” says Steve Heiner, senior technology manager, marketing, at Nikon Inc.

Exposure metering also is getting ever more accurate. “In low light, you really have to hit your exposure,” says Jay Kinghorn, an Olympus-sponsored pro who used the E-3 for the photo of dancers on the previous spread. “In a scenario like this, with a lot of dark areas that should go to black, you should know how your camera meters and behaves — and use the histogram to make sure you’ve got it right.”

Then there’s autofocus: AF sensors, whether CMOS or CCD, are becoming more sensitive. “The trend is toward more focusing areas, so more of the scene can be considered and moving subjects can be tracked more effectively,” says Mark Weir, senior technology and marketing manager for digital cameras at Sony Electronics Inc.

More of those AF points are cross-type, sensitive to both horizontal and vertical lines in the scene. And DSLR makers are adding larger, longer-line AF points, called f/2.8 sensors, designed to work best with faster, wide-aperture lenses, Weir says. While the Sony Alpha 700 ($1,400, street, body only) has just 11 AF points, it clusters many of them, including an f/2.8 sensor, in the center of the field. “This theoretically doubles the AF accuracy of a conventional f/5.6 sensor,” he explains.

The Olympus E-3 uses twin cross-sensors arranged in a dense houndstooth pattern that brings in twice as much information to the AF system, says John Knaur. As a result, both AF speed and sensitivity have increased dramatically, particularly with the company’s newest lenses, designed to work with the AF system introduced in the E-3.

This trend hit its apex in the Nikon D3 and D300, which have 51 AF points and, tied to Nikon’s 3D Color Matrix Metering, a built-in database of 30,000 images. This helps the camera recognize variables such as faces, not just for focus (especially tracking), but for exposure and white balance, which can be hard to determine in mixed light.

In addition, image-stabilization systems now let you shoot handheld at slower shutter speeds, yielding as many as 3 or 4 extra stops before your inadvertent motion blurs the image. How well this works depends not only on the system but on the focal length of the lens — you’ll see a greater advantage with longer telephotos.

Olympus, Pentax, Samsung, and Sony build stabilization into all or some of their DSLRs with systems that shift the sensor in response to your motion — technology that works with any lens you put on the camera.

On the other hand, Canon, Nikon, Panasonic, and third-party lens makers Sigma and Tamron put the IS system into some of their lenses, but not all of them — at least, not yet. While stabilized lenses used to cost quite a bit more than their ordinary counterparts, the price difference is diminishing rapidly. And their size and weight is also coming down.

To see what all these trends augur for photographers, we turned to nature photographer Kerrick James, who’s sponsored by Pentax, to reshoot a tricky scene he’d shot on transparency film a decade ago, this time using his latest gear.

On assignment for Arizona Highways magazine back in 1997, James had photographed a silhouetted kayaker surrounded by the spookily glowing waters of Emerald Cave, a hidden cavern he’d discovered in the Colorado River canyon. He used a medium-format Pentax 6×7, 35mm full-frame fisheye lens, and Fujichrome Provia 400 film, pushed 2 stops to an effective ISO 1600. Although pushing slide film generally increases grain and reduces color accuracy, this time, he recalls, “the results were surprisingly good.”

So we asked James to shoot the same scene over again, this time with his Pentax K20D. He even got his friend to kayak in with him again. Perched on a tiny ledge at the back of the cave, he shot the new image with a 10-17mm f/3.5-4.5 Pentax DA fisheye zoom, handheld at ISO 800, 1/180 sec at f/6.7, with exposure compensation of -1 EV and image stabilization (Pentax calls it “anti-shake”) engaged. The new photo, on page 70, reveals intricate detail in the rock walls and ceiling of the cave, and even detail in the canyon beyond.

“It was nice to have a higher shutter speed to work with,” James says. “The silhouette is much crisper, despite the motion of the kayak. I could stop down enough to get good depth of field. And the noise, even in the shadows, was not a problem.”

Still better, he adds, is the wider tonal range compared with transparency film, including his beloved Velvia. “In the old days you lost a lot of color in the shadows.”

What’s next? Not surprisingly, given the competition, camera makers are keeping mum about their plans. But many anticipate that similar strides in low-light capability will eventually appear in less-expensive DSLRs.

Ultimately, the point is to help photographers get the pictures they want, regardless of the circumstances. “The tools we have today let us push our ideas that much farther to tell the story we want to tell,” says Jay Kinghorn. “They’re removing the technical limitations we’ve always had with photography.”