Is face detection a fad or the way of the future? 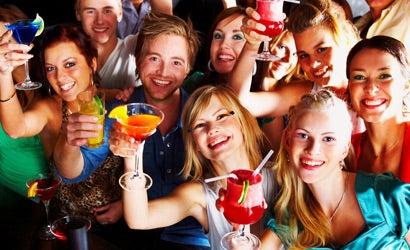 New camera systems that promise to focus automatically on the most important element of your photos — the people — are a hot trend in digital compacts. Indeed, between the TV commercials, magazine ads, and billboards, it’s hard to miss the mania for face detection (also called face recognition or sensing).

Because I take most of my photos using DSLRs with autofocus and metering systems that are superior to those of digital compacts, I was at first skeptical about the usefulness of face detection. But demos by Fujifilm last year, and more recently by Canon during a trip to its research center in Tokyo, made me reconsider.

Fuji had a large monitor showing people as they walked by a camera. As each approached, a green square would surround his or her face, and tracked it until the person turned away or left the scene. Canon showed how a camera could track up to nine people in a scene, as long as they were within a certain distance and faced the lens.

Both demos proved that cameras can detect and track faces as long as they’re positioned and lit correctly. Neat. Yet when sober, most photographers can do the same.

If compact cameras merely found and tracked faces as they moved around a scene, that would still be a cool feature at a party. But detection and tracking are half the equation, and not the prime reason why this feature was developed. Fujifilm first used its face detection technology to improve the output from its commercial and minilab printing systems. Once a face (or group of faces) is identified in a photo, the printer’s powerful computer figures out ways to optimize the print for skin tones (perfect color, contrast, and sharpness) and overall exposure.

It took several years for the image-processing engines in compact cameras to become powerful enough to attempt similar magic tricks. Ideally, as you press the shutter, the camera chooses one of the faces it’s tracking. Then it uses position and distance information to optimize the focus, flash intensity, color balance, ISO (if set to auto), redeye reduction, and sharpness (or blur) of the image.

Does it really work? To find out, I turned on the face detection feature in the 8MP Canon PowerShot SD850 IS ($310, street) and shot dozens of impromptu field tests. The face detection function appeared to work surprisingly well when subjects were fairly close to the camera and facing towards me — even with tricky backlighting. And it also stayed locked on as I changed the composition.

With a single face in the scene, exposure, focus, and color balance were dead-on, but I found it doesn’t work as well with multiple subjects unless they are all close together or are at similar distances from the camera. Perhaps, as face detection algorithms get more sophisticated, cameras will be able to detect faces turned to the side, or figure out who is the main subject in a crowded room or group portrait.

What do I want? A compact that will also recognize scene details, the faces of my friends and family, and even my voice commands — so I can order it to do things like “focus on Bryan, bracket exposures, reduce redeye, remove pimples, and delete blink shots.”

Sure, talking to a camera seems weird. But by the time an image processor can handle voice and face recognition, I’ll be using an 8MP camera phone, and who’ll notice?