How one creative photographer channels his inner Dali with no help from Photoshop. 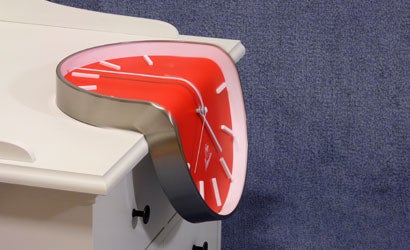 It should be over. Dead. Finished. But no, some people are determined to continue life support for the argument, “Adobe Photoshop and other image editing isn’t real, while what the camera sees is.”

We tackle one aspect of the issue this month with the work of photographer Marc Adamus in the feature, “Filters vs. Photoshop .”

Fact is, cameras have been lying ever since photography was invented. In the 1870s, scammers convinced the gullible (early on, that was nearly everyone) that they could photograph unseen spirits of the dead alongside the living. There were several ways to pull this off, including using double exposures. The first exposure was done ahead of time with an accomplice in an old wedding dress or military uniform; the second exposure was of the victim… I mean client. When printed, the photo had the living person reunited with the long-lost one (well, actually a vague impression of him or her — typically, the face wasn’t clear).

And this was just one in-camera trick. Photographic Amusements, a how-to book by Walter E. Woodbury, appeared in 1896, full of magic that any photographer can still perform. (Want to distort a face? Have your subject look into a spoon, then get a tight shot of the spoon.) Silly? Sure, but this was before Photoshop.

Fortunately, in-camera effects are alive and well. Just ask Anssi Ranki. This 36-year-old, who lives in Espoo, Finland, and is employed by Nokia, is a big believer in that old concept and has worked out a simple and fairly convincing way to photographically bend, twist, and distort his subjects.

As with the clock shot here, Ranki says this surreal look releases “my inner Salvador Dali.” And he does it all inside his Canon EOS Digital Rebel XTi (okay, he’s not so old-school that he hasn’t gone digital). Ranki’s approach just takes patience, trial-and-error, and a little equipment.

A tripod-mounted camera is an obvious must. The next most important element is a 3-foot-wide, 2-foot-tall piece of black posterboard with a 1/2-inch-wide-by-several-inch-high slit in the center. This black mask is slowly moved in front of the camera. Thanks to the slit, only a narrow part of the image is exposed at any given time during a long exposure (Ranki likes 10 seconds at f/10 and ISO 100 for most indoor shots).

Standing behind the camera and holding the mask at arm’s length in front of the lens, Ranki looks through the slit and sees what the camera sees. (The slit’s dimensions may need adjustment, depending on the subject, lens, and effect you want.)

Move the mask across the frame at a constant speed, and you’ll get a normal-looking photo. But if you move an element in the scene — such as the clock — while you move the mask, you’ll get distortion of that object, while the rest of the scene doesn’t change.

As Ranki points out, if the mask is moving, say, from left to right, objects also moving from left to right will stay in the exposed area longer, and so they’ll be stretched. Objects moving in the opposite direction get very thin. You also can rotate, twist, and bend objects.

Ranki’s done it with people, guitars, lots of stuff. He also likes to make things fly. (See his website, www.OneFrameCinema.com.)

In fact, he has developed a motorized “robot” to precisely move the mask in front of the camera, which he used to make this Dali-esque melting clock.

But a flesh-and-bones helper works, too. “Just make sure your assistants aren’t in the exposed area with the object,” he says.

And if your assistants show up in the shot? Do it again. Don’t even think of removing them with Photoshop.