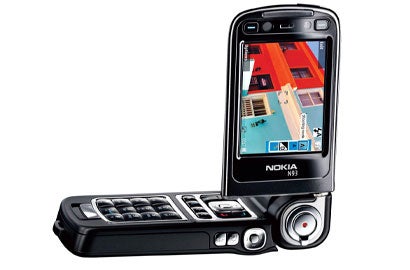 Do you have framed photos on your wall that were taken with a camera phone?

We didn’t think so. Most of those now on the market can barely capture a decent image to email or view on a tiny LCD screen. But that could change with the latest phones packing 2 Megapixels or more.

In fact, amateur photographers shopping for 3 to 5MP digital cameras might take a phone alternative, especially if they plan to make just 4×6- to 8×10-inch prints.

And some serious shooters might opt for a phone that takes decent pictures for the times when they’ve left their real camera behind (we won’t tell).

What makes a respectable camera phone? We would start with a 2MP or higher sensor, a good-fixed focus or autofocus lens with low distortion, and decent color accuracy.

As with compact digital cameras, there are many other variables to consider. As a rule, camera phones still don’t do well in low light, with noisy shadows and low powered LED “flashes” that are good to only about 3-5 feet.

But image quality and flashes are improving (with one model offering a real xenon flash). And in bright light it’s hard to see the difference between some top camera phones and a compact digicam.

large swiveling LCD monitors are also a plus. Currently, most camera phones have 1.3MP or VGA sensors- too low for our consideration as real cameras.

But several 2MP models are available in the U.S., with more on the way. The first 3MP models could arrive by the time you read this, including one with a 3X optical zoom and improved video features.

There’s a reason Nokia, the world’s largest cell phone maker, calls its 2- and 3.2MP N-series models “multimedia computers” instead of camera phones. Like top models from other manufacturers, the N-series units do more than just take pictures and make phone calls.

They also boast powerful CPUs that can run software on the Symbian Operating System (including image-editing programs), let you surf the web via high-speed EDGE networks (in the U.S.), and even conduct phone-to-phone video conferencing (in Europe).

Some N-series units-as well as models from Samsung and Sony Ericsson-have built-in GPS technology, decent MP3 players, and audio and video recording. They may even let you connect to your office or home computer networks through WiFi, and play captured or downloaded videos on your TV.

On the picture-taking side, most feature minimal exposure, white balance, and other image-quality controls-plus PictBridge support for desktop printing. And all of the camera phones we’ve listed come with rechargeable batteries, software bundles, connection cables, and earbuds.

Expect to pay a bit more for the phone and for a monthly data plan that lets you tap into the high-speed networks offered by most carriers. With a data plan, you can upload and download images to web sites without risking having your photos highly compressed or resized by your camera phone.

Some phones can even connect via USB to a laptop and act as a high-speed wireless modem.

In the U.S., most camera phones are configured at the factory for their individual networks, and it’s typically difficult and expensive to reconfigure them.

However, Cingular and T-Mobile (and other carriers using GSM technology) will accept phones purchased elsewhere-even overseas-as long as they have a removable SIM card that stores your account information, contact lists, and even calendars.

The EDGE networks currently offered by Cingular and T-Mobile move data at about half that rate (also known as 2.75G), but may serve wider areas.

Better models ship with removable memory cards that make it easy and fast to transfer images to computers-in most cases, either MiniSD or TransFlash cards.

Both are interchangeable and can be read by a card reader using an inexpensive (or free) adapter. Sony Ericsson camera phones support Memory Stick Duo (MSDuo) cards.

With capacities up to 2-gigabytes, MiniSD and MSDuo cards give you lots of room for photos, videos, contact lists, and MP3s.

EDGE: Enhanced Datarate for Global Evolution. 2.75G technology that provides up to 237 Kbps data downloads and 184 Kbps uploads, offered by Cingular and T-Mobile.

SIM: Subscriber Identity Module. Card used in most GSM-compatible phones to store subscriber account information, plus contacts and other data.

3G: Third Generation. Provides up to 2 Mbps downloads in a stationary position.

Camera Reviews
Smartphone Reviews
How to