In shopping for bargains on the internet, let the camera-buyer beware. 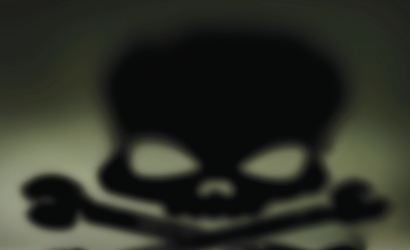 When you buy a camera online, you don’t expect to be put through a phone call from hell. Or to be pitted against a hard-sell sales-type who insists — no, demands — you upgrade the camera’s battery, memory card, and warranty.

You don’t expect it, but it will happen if you fall for the too-good-to-be-true prices on many websites.

When all of the companies you’ve heard of list the Canon EOS 40D for $1,300 or so, how can some sites offer it for $649? The answer isn’t low overhead. It’s low truthfulness. Contributing Editor Neal Matthews has been collecting camera-buying tales from the web, and he’s found that despite the warnings and horror stories we’ve all heard, people are still falling for web-based camera scams.

“The internet is great for photographers looking to get a bargain or hard-to-find gear, but, unfortunately, it is also great for scammers looking to take advantage of unsuspecting consumers,” cautions Alison Preszler, a spokesperson for the national Council of Better Business Bureaus (the BBB is a private, nonprofit advocacy group). “You can’t judge the trustworthiness of a company just by looking at its website, because anyone these days can make it look professional and legitimate.”

Although camera sellers are far from the worst offenders (cellphone wheeler-dealers hold that honor), complaints against them are climbing fast. In the BBB’s national database of about 4,000 industries, online retailers of photographic equipment rose to 88th place in the consumer complaint rankings in 2006 from 135th in 2005. They now stand between carnies (Amusement Parks & Places, 87th) and telemarketers (Marketing Programs & Services, 89th).

The pattern of complaints is remarkably consistent across consumer-advocacy websites such as www.resellerratings.com and www.complaints.com, as well as the BBB (www.bbb.org) and numerous photo message boards and forums: Once customers make a purchase online, they’re asked to call an 800-number to “confirm” the order, at which point a high-pressure salesman tries to get them to buy accessories or upgrades.

Sometimes these accessories, such as cables and battery chargers, are intended by the manufacturer to be packaged with the camera. Other times the buyer is told the camera won’t work properly without a better battery or faster memory card.

The low prices almost always turn out to be the post-manufacturer’s-rebate price. But many of these cameras aren’t eligible for rebates since they’re gray-market cameras. That is, they’re meant to be sold outside the U.S. and carry no manufacturer’s warranty.

So ask if the product is gray market. If the answer is no, but you’re pressured to buy a third-party service warranty anyway, they’re lying.

According to Matthews’ research, that’s just one of many lies you might face. Another is “free shipping,” only to find later that it’s been charged to your credit card. Also, you might have thought you ordered the camera manufacturer’s lens, but you could open the box to find third-party glass. Online testimonials posted by “satisfied customers”? I’d take them with a grain of salt.

Returns, needless to say, can involve a marathon’s worth of runarounds. Matthews also turned up cases where buyers tried to change or — heaven forbid — cancel an order right after making it, only to find brick walls of resistance.

When it comes to creating hassles, these guys can be masters of the art.

Don’t think you can just ignore these up-sell artists and get the camera at a steal of a price. As Matthews found, if you don’t spend what the salesperson thinks you should, suddenly, your previously confirmed order is now b