We spent some quality time with Canon's $129 standard lens. 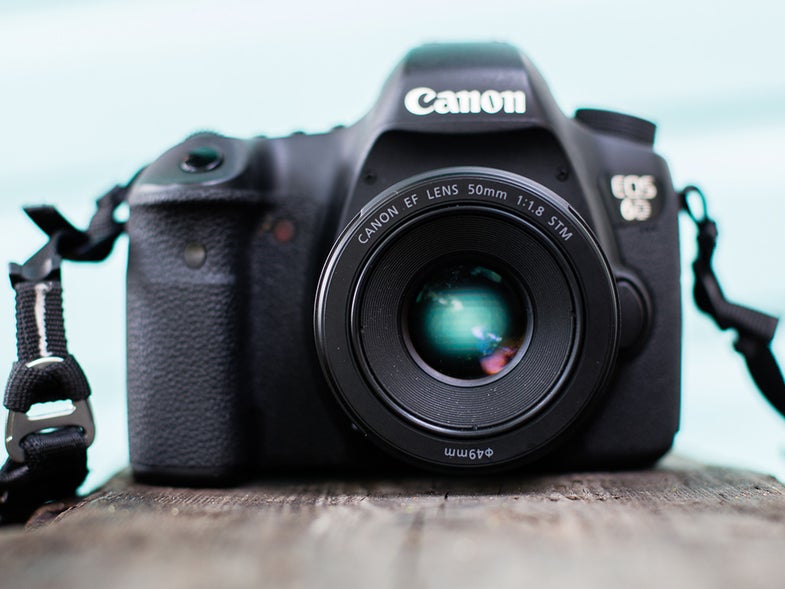 I’m a sucker for the 50mm field of view, so I have spent some time with just about every 50mm full-frame lens option that is available for Canon bodies. When the new “nifty fifty” was announced, I was pretty excited, and now that I have had some time to shoot with it in a variety of situations, I’m actually pretty impressed. Here are some sample images along with some shooting impressions. Look for our full lab test in the upcoming issue of Popular Photography.

All photos were shot on a Canon 6D and were exported at full resolution from Adobe Lightroom without editing (unless otherwise noted in the caption). 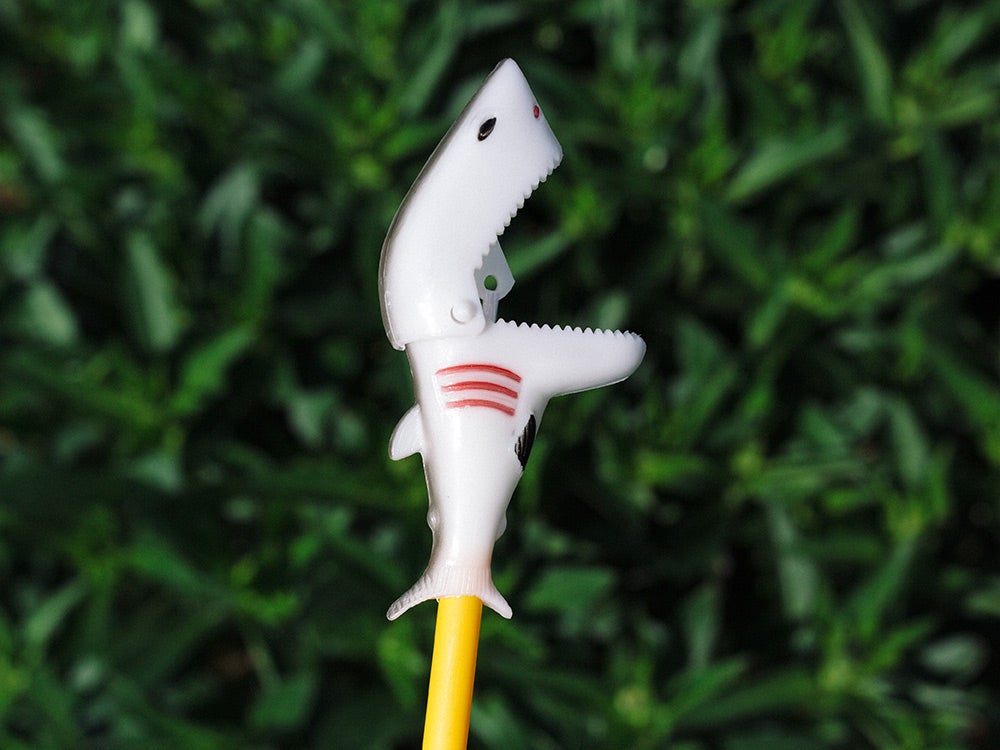 Even the old version of the nifty fifty was sharp as you approached the middle of the aperture range and, as you can see, that remains true with the new version as well.

It seemed to me that the sharpness really maxes out around F/4. This was shot under bright, contrasty sunlight, which explains the super fast shutter speed. Even at F/5.6, it gives some nice separation between subject and background. 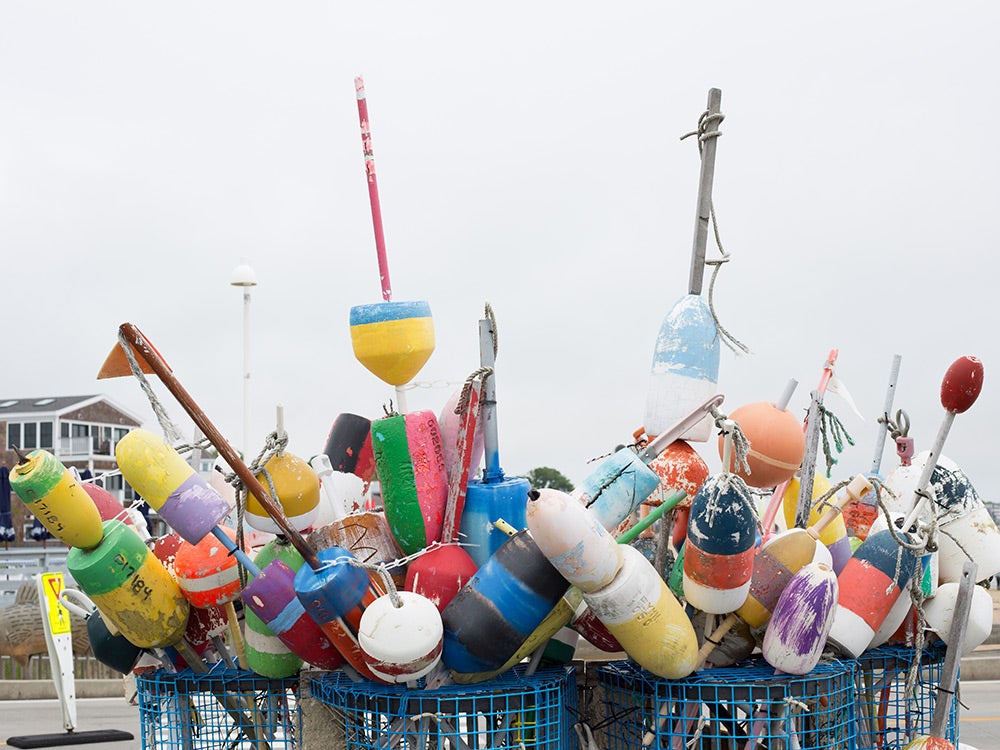 It’s not the prettiest picture in the world thanks to the dingy overcast conditions, but here’s another example of the lens’s sharpness in the middle of the aperture range.

The entire bouquet of buoys is in very nice sharp focus and it has already begun to fall off before hitting that walk sign a few feet behind it. It didn’t draw a lot of contrast out of the flat scene, but that’s easily punched up later in post. 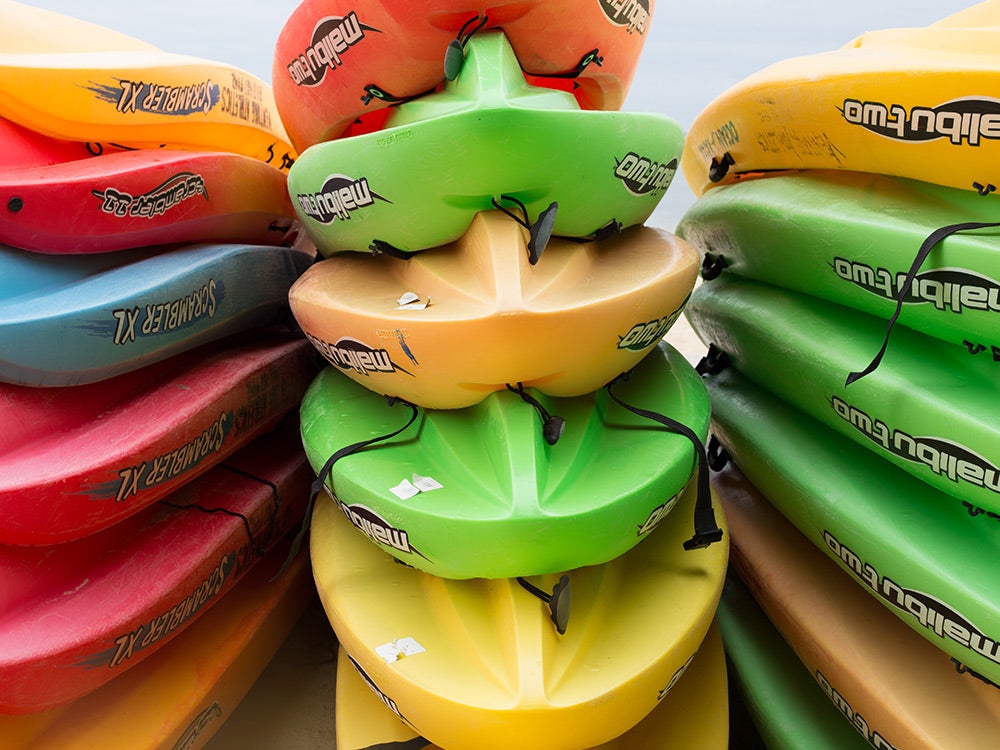 Here we are again at F/8, only there’s much less cloudy sky in the frame. Still, the contrast before editing is a little flat. The distortion, however, seems just fine and the sharpness is very solid, bringing out the scuffs and scrapes on the boats. 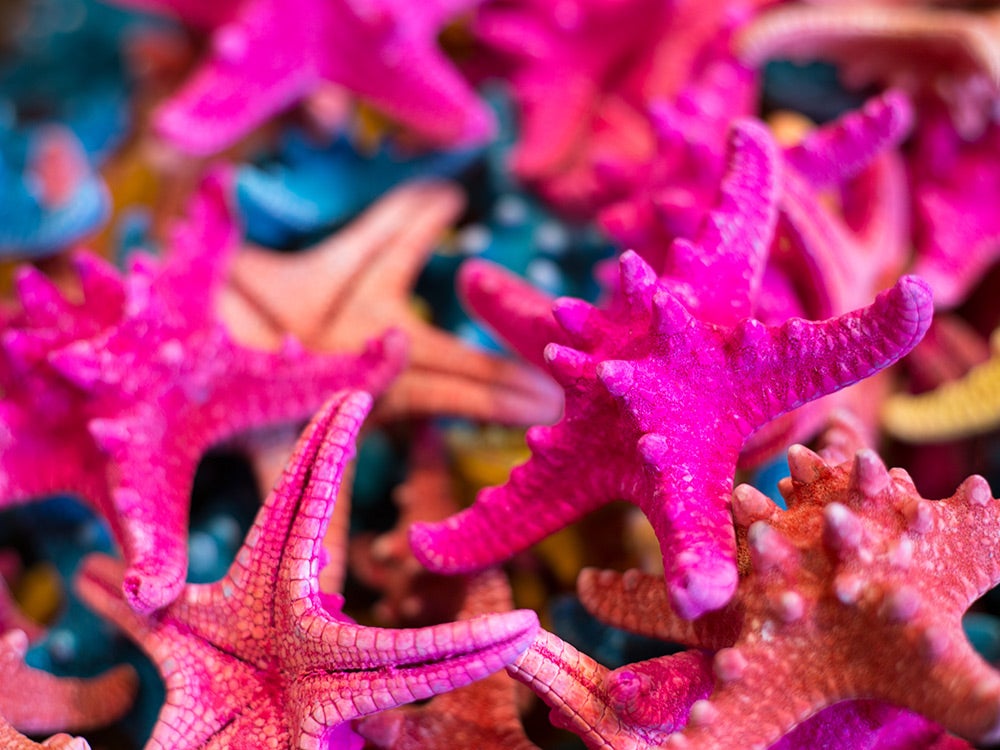 These dried and painted starfish provide a pretty challenging scene for just about any camera and lens combination to depict accurately.

The focus is set near the front-center of the main pink starfish and, as you can see, at F/2.8 we get a relatively shallow depth of field, which I find pretty pleasing. As we fall off into the blurry sections of the photo, the bokeh isn’t the smoothest I’ve seen, but it’s also not harsh, even with the bright neon colors. 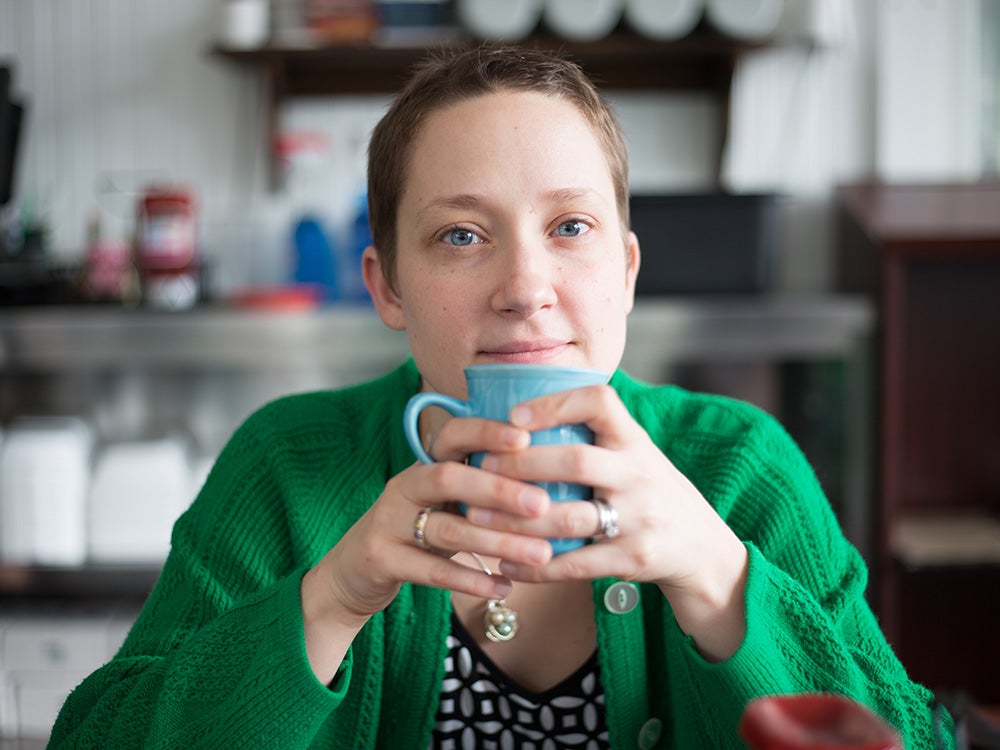 A very simple portrait taken over breakfast shows what happens when we start nearing that F/1.8 maximum aperture.

It’s obvious that we’re not getting quite the same sharpness that it offers at F/4 and beyond, but the relative sharpness is still very acceptable. 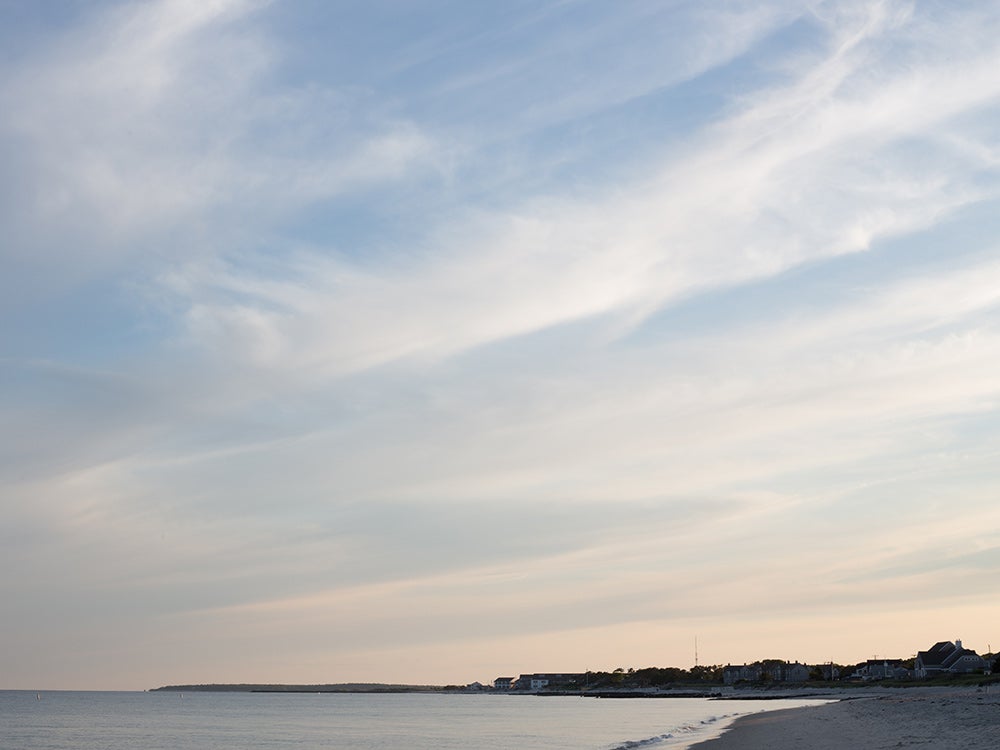 Big landscape type shots like this aren’t typically the realm of the 50mm lens, but they’re something I enjoy, so I was actually excited to test the new Canon under these circumstances.

At F/16, you get nice sharpness throughout the frame and, although I was expecting things to get a bit gnarly where the buildings hit the sky, the edges of the buildings actually seem surprisingly clean. You get a surprising amount of detail in the buildings even though they’re far off in the distance. 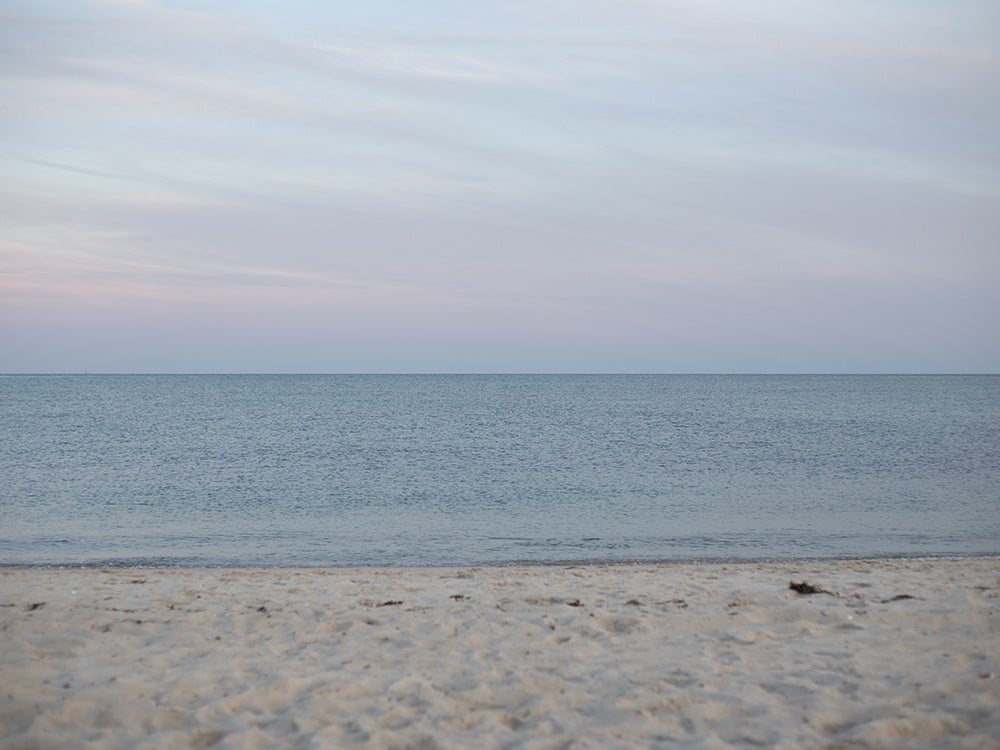 Another wide shot, this time using a wider aperture.

In this instance, I was curious what kind of vignetting we would get and I wasn’t surprised to see it start creeping in by F2.8. The 50mm F/1.8 has always had some vignetting, which I think a lot of people found to be part of its charm. The new STM version seems to continue that tradition, so if you’re one of those shooters who hates lens vignetting, you should be prepared to apply the lens profile in post, especially when you’re shooting wide open. 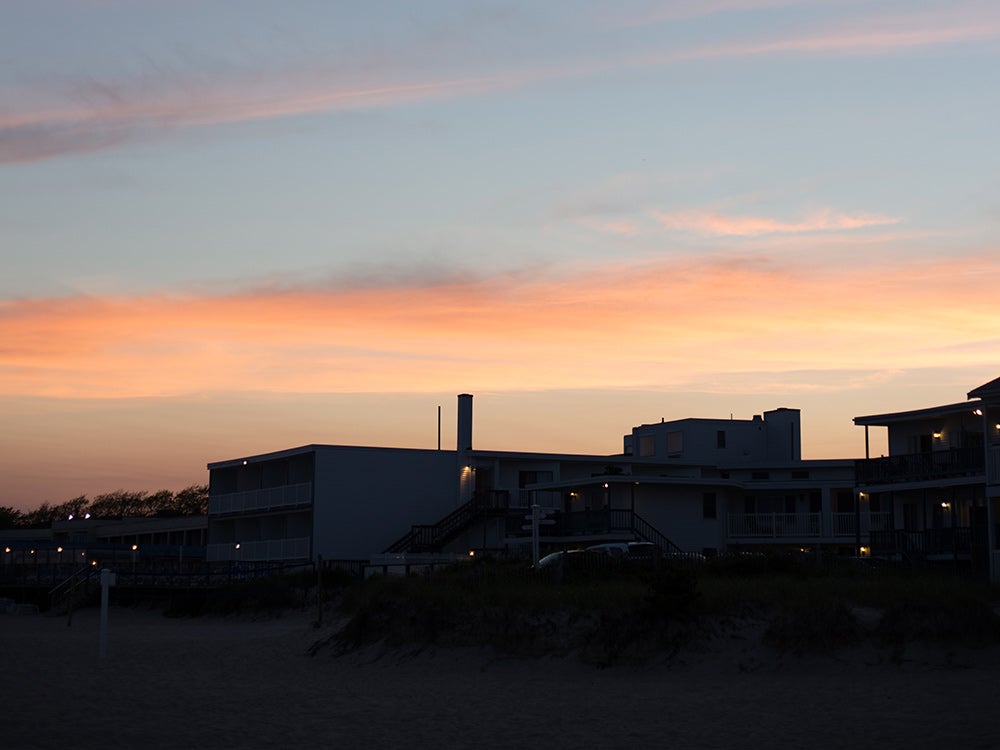 One more landscape shot. In this case, I think the vignetting actually works in favor of the image. The underexposure also gives it a nice little contrast boost. 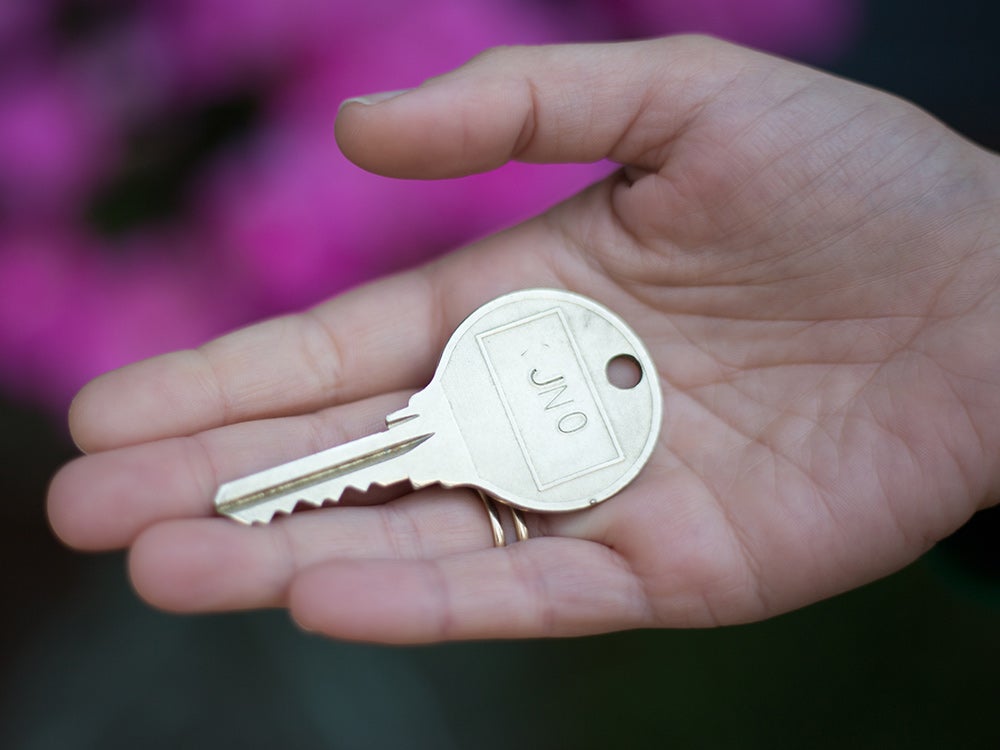 With the focus set dead on the JNO printed on the key, I shot this one wide open to see how much detail we were actually going to get at F/1.8.

As you’d expect, the focus falls off extremely quickly, but the sweet spot of the image is actually very sharp. There’s a ton of detail in the engraved letters. It even handled those bright pink flowers hiding back in the bokeh rather well.

The new STM version of this lens actually focuses closer than the lens that came before it, which is a nice feature.

Combined with new higher-megapixel DSLRs, it gives you some more creative cropping options. Here, I underestimated how shallow my depth of field was really going to be at F/2.2 using the close focus. The starting image is a bit flat once again, shot in open shade on a sunny day. 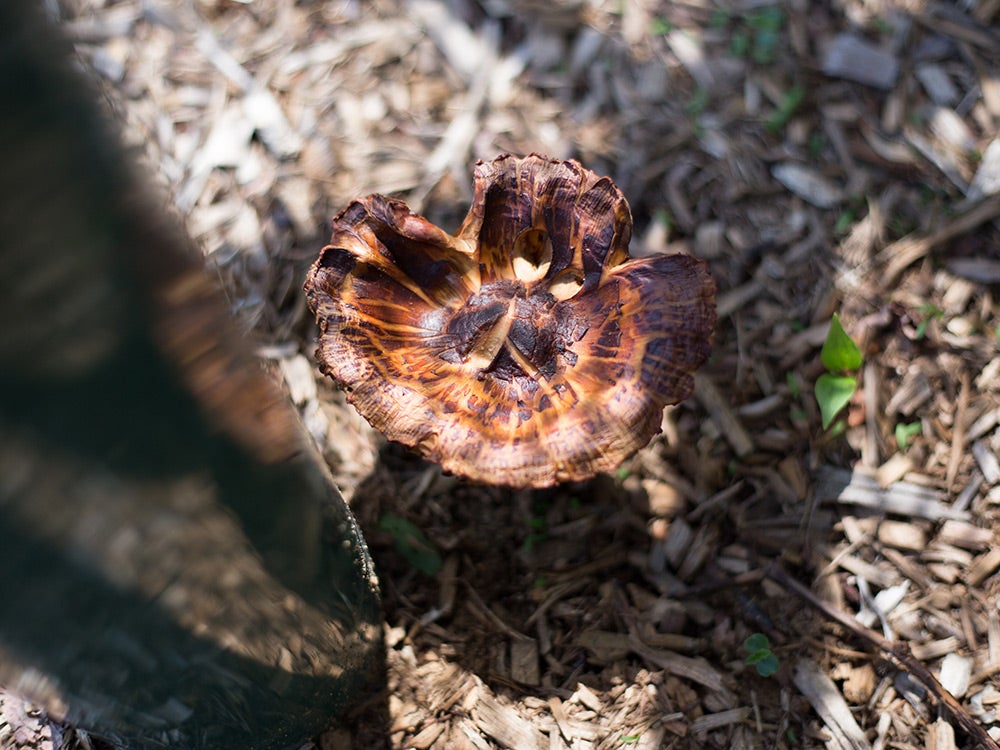 This high-contrast scene is a pretty challenging one, but the focus was set dead on the center of the mushroom.

Even this close to the maximum aperture, the in-focus area is impressively sharp. The bokeh in the top left corner gets a little harsh, but that’s likely due to the extremely high-contrast nature of the subject.

A boring photo gives the lens a chance to show off how much detail it really can resolve in another high-contrast setting.

There’s a ton of sharp detail in the leaves of the trees, but more importantly, the edges between the leaves and the sky aren’t a mess of aberration. It’s not quite as challenging as if they highlights had been totally blown, but still a pretty admirable job done by the coatings. 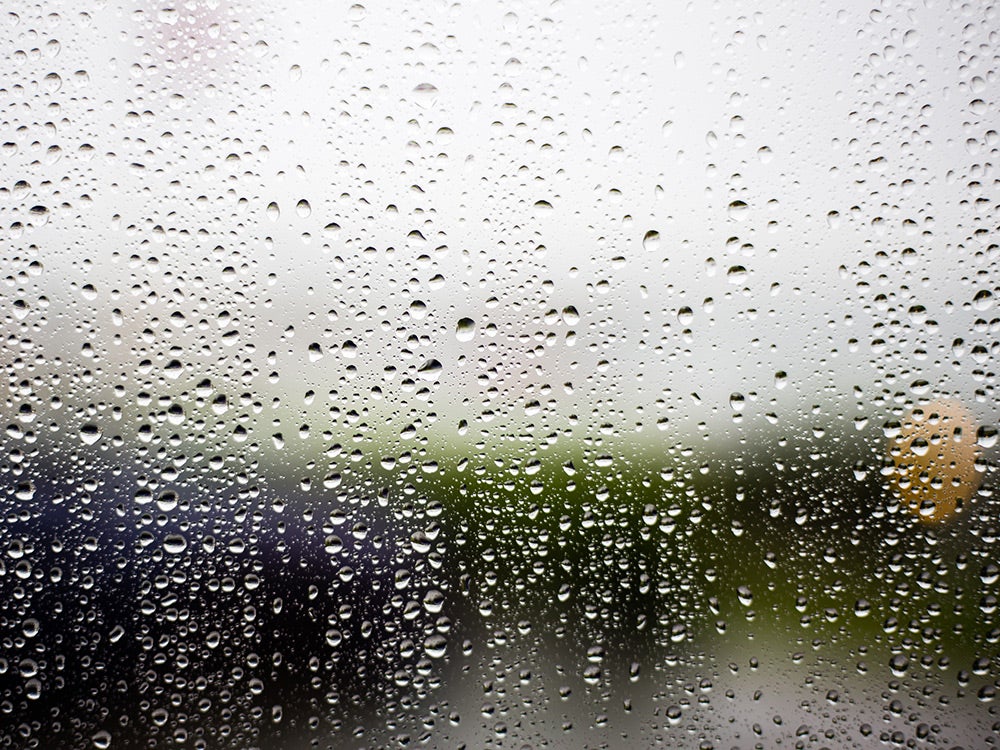 Raindrops on windows are one of my photographic guilty pleasures.

For this image, I punched up the contrast a bit and adjusted the exposure, so you can start to see the vignetting be more apparent during editing (it’s not difficult to remove, but I chose not to for the sake of illustrating the lens performance). The softness at the top and bottom of the frame are likely due to me tilting the camera slightly and eschewing the plane of focus. 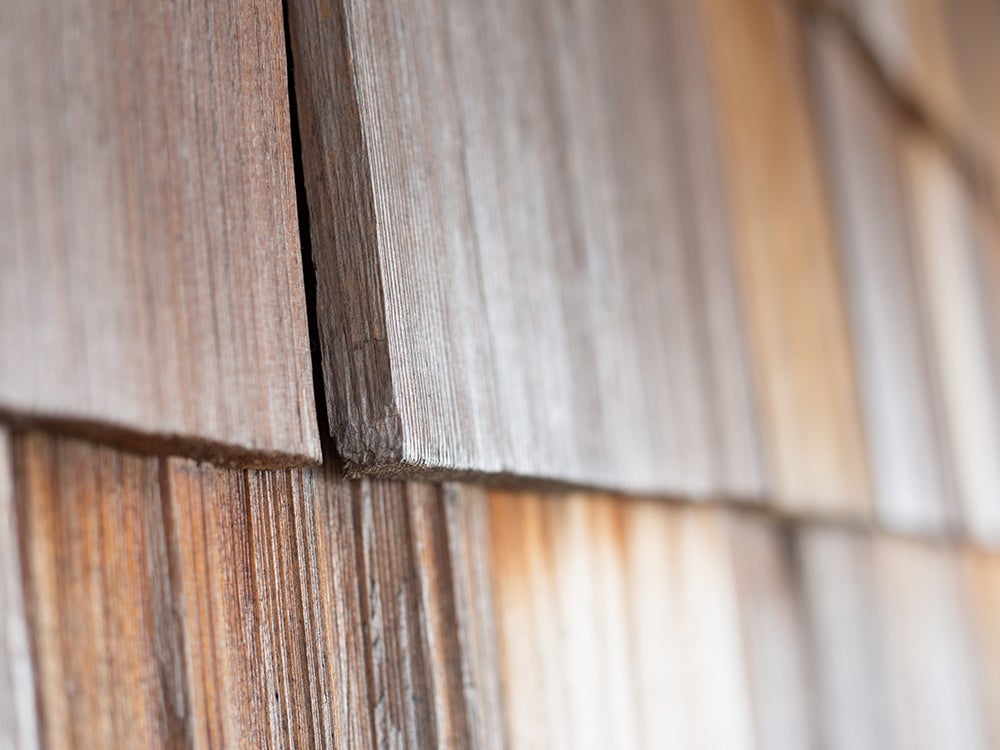 Some cedar shingles shot from close up for a shallow depth of field detail shot. While the bokeh isn’t as pronounced when you’re not shooting totally wide open, I find it to be a little smoother with a slightly closed-down aperture. 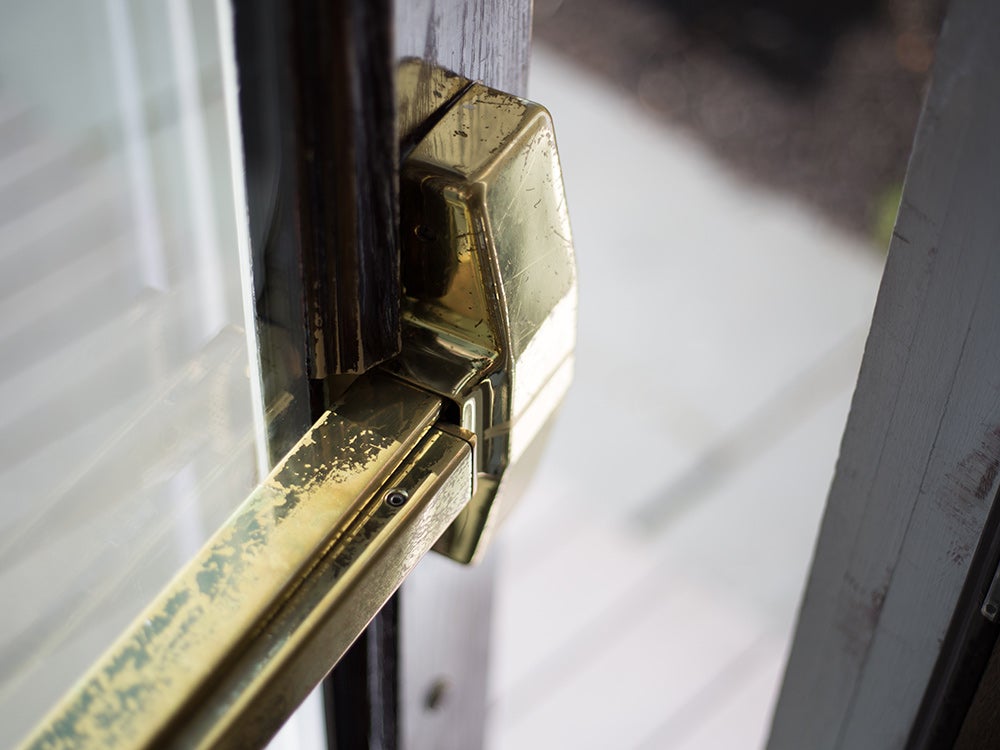 A wide open snapshot of a door push provides a pretty challenging setting and in this case the slightly reduced contrast actually works in the lens’s favor, making it easier to retain detail in the highlights that can be drawn out during editing. 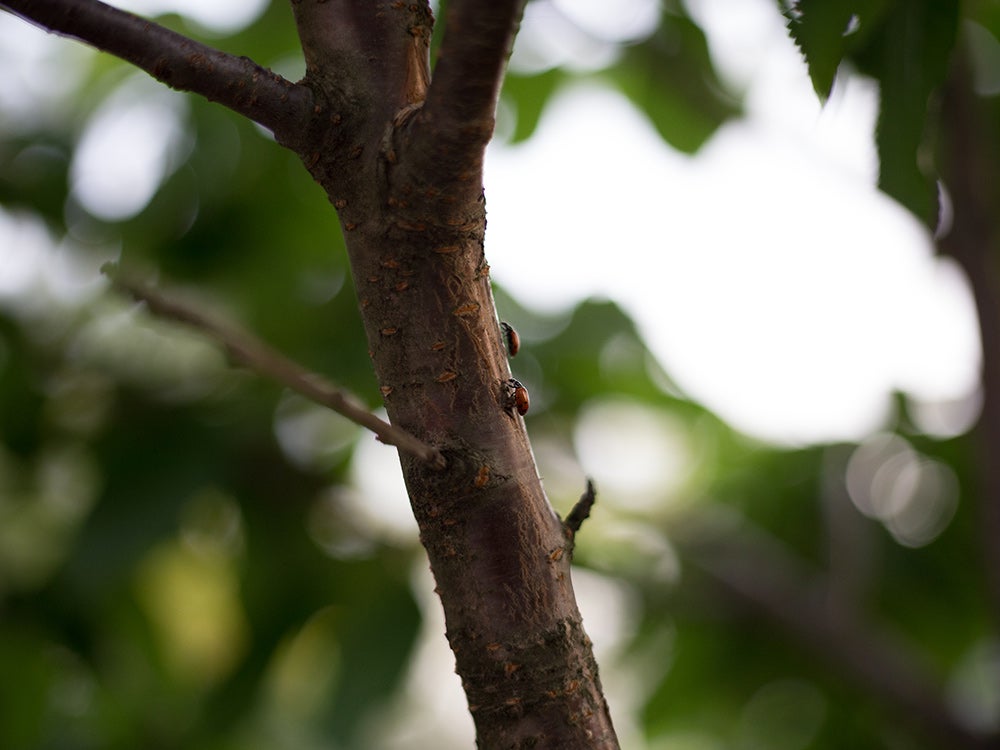 Another example of how the extra little bit of close focusing ability comes in handy. You could crop to 100% and have a relatively decent close-up photo of that front ladybug that would still be plenty large enough to fill up most computer screens. 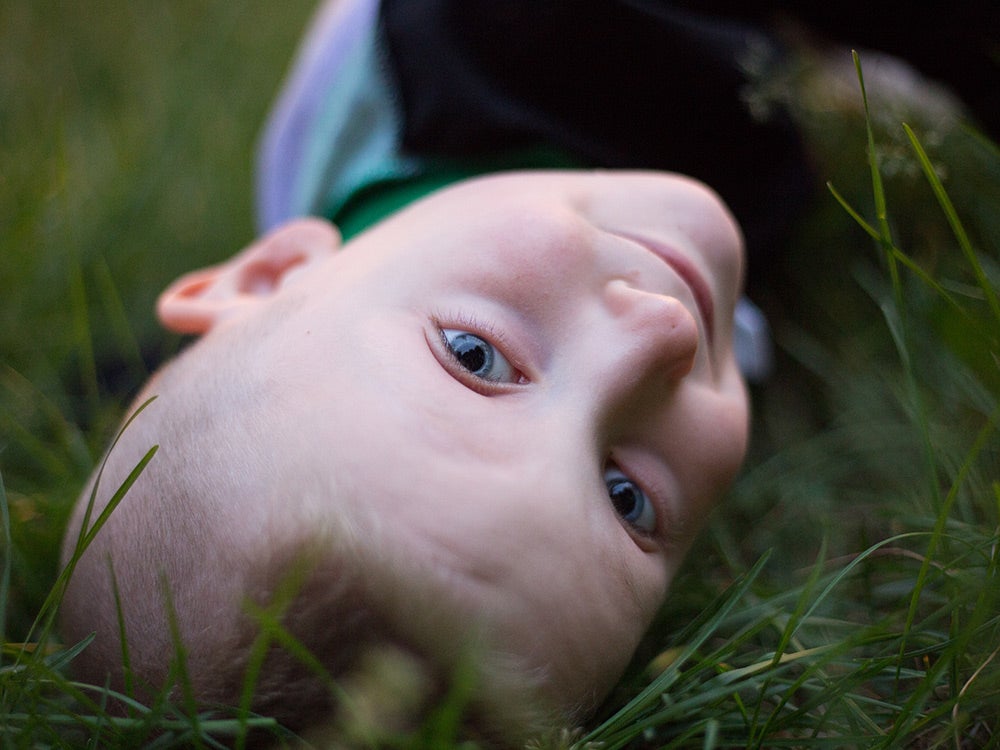 I brought up the exposure by a full stop on this image to bring in some highlights.

In this case, the light was very dramatic, but it came out of the lens looking very manageable. Normally, I would need to slightly tone down the contrast a portrait shot in under these lighting conditions if I was using the 50mm F/1.2 or the new Sigma F/1.4. 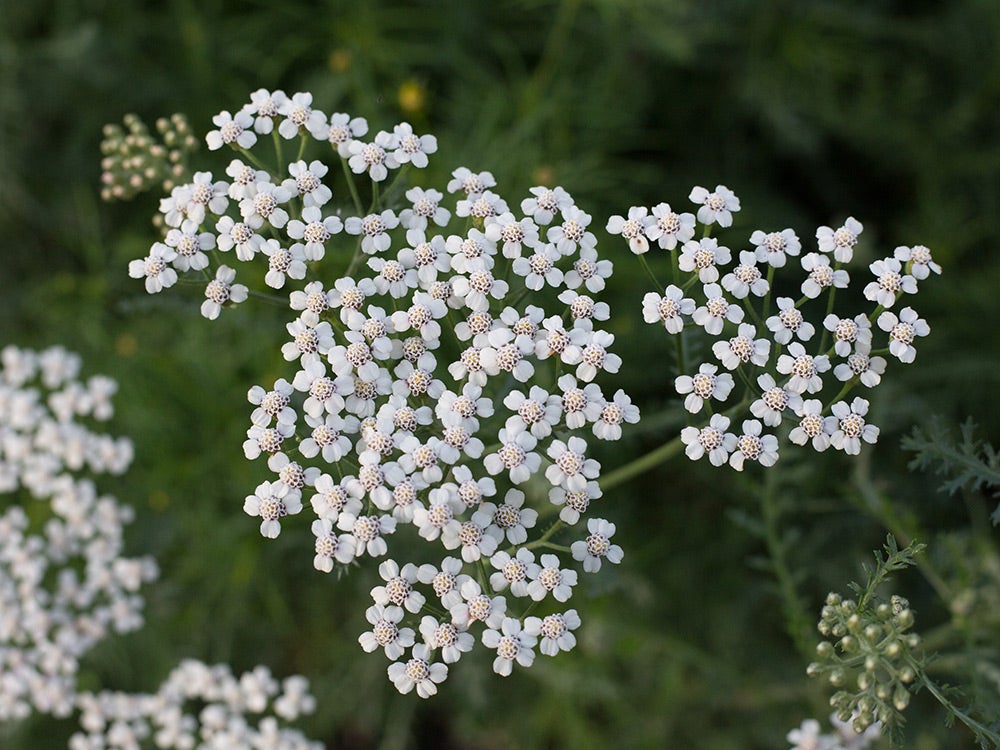 I’m not a big flowers guy, but this was a good opportunity to show off the same close-up scene with two different focal lengths. The next frame is basically the same shot, only wide open. 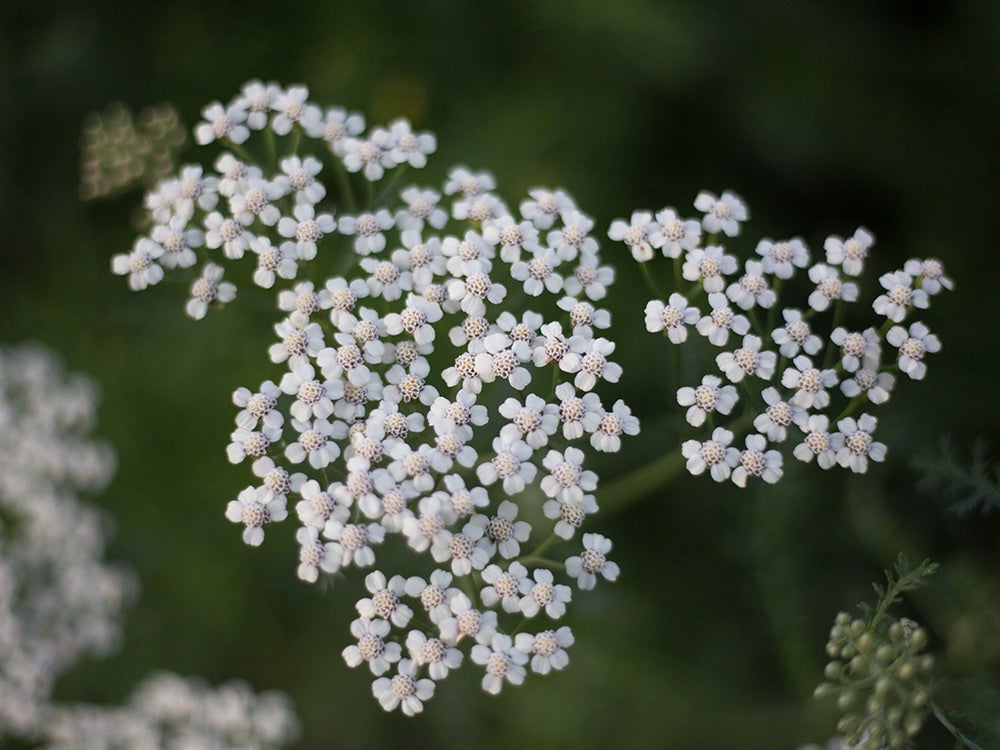 You start to get that dreamy feeling so many people love about these fast primes once we’re all the way open. The corners are a bit dark and the depth of field is extremely shallow, but the areas that are supposed to be sharp are indeed sharp. I also actually really like how it rendered those flowers in the back as bokeh. 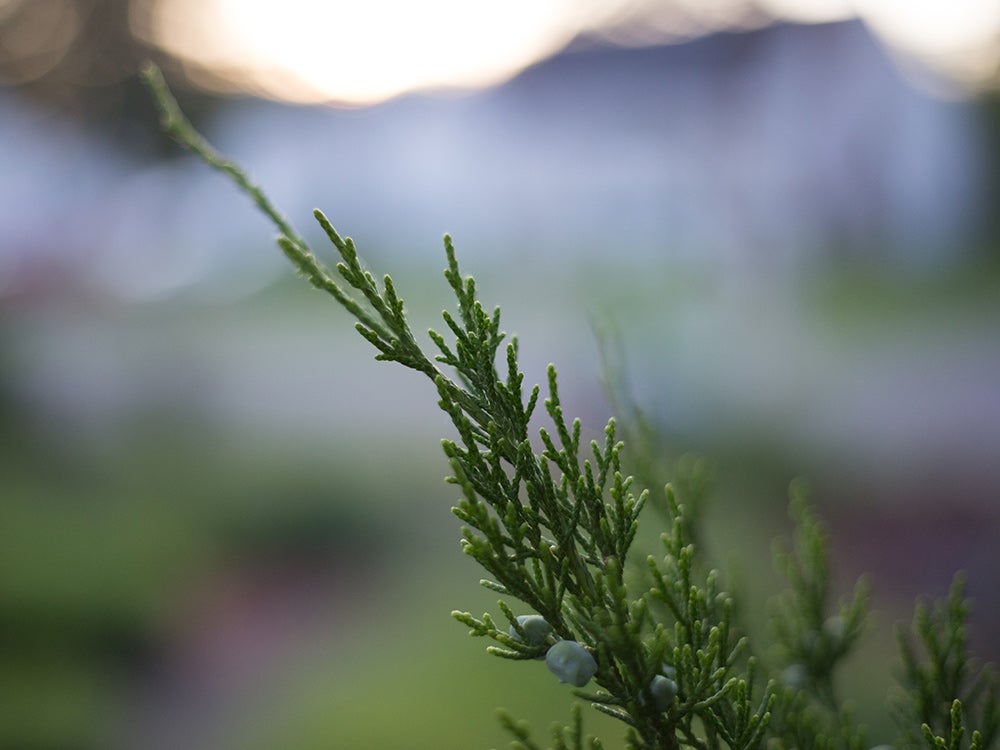 I would have expected this scene to flare with the older version of the 50mm F/1.8, but that’s not the case here at all. There’s nice definition in the focused area and very pleasant bokeh in the bright areas. Since I know many people are curious, here’s a very gratuitous bokeh shot with some bright lights. The shape tends to get a bit odd near the edges, but overall the bokeh seems pretty clean. 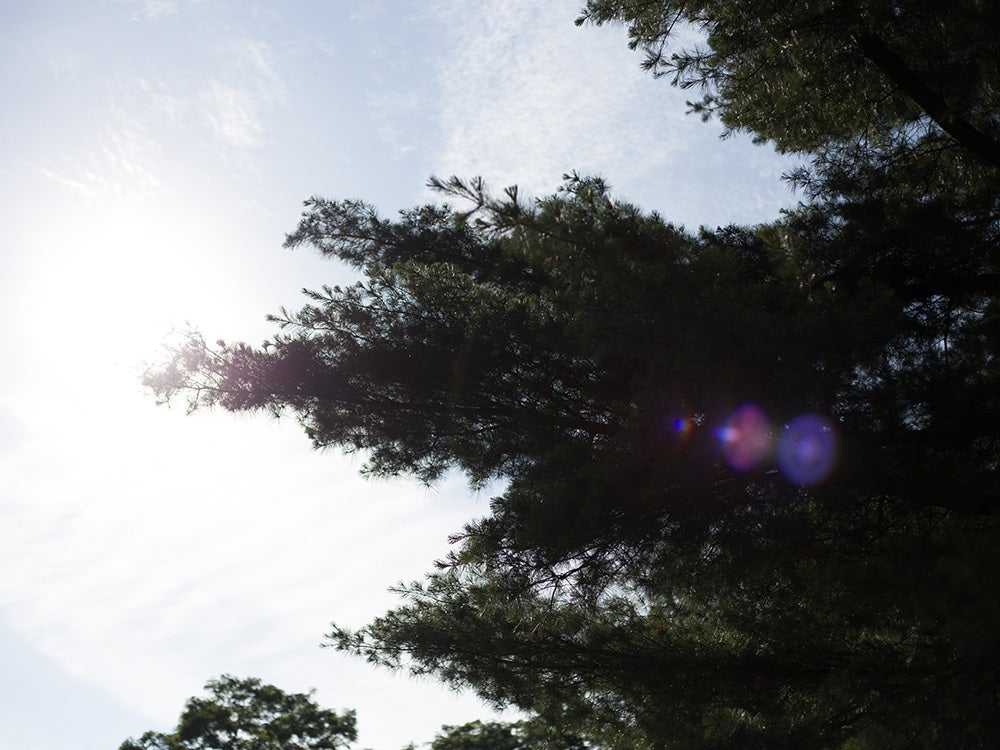 One of the biggest difference I noticed from the old version of the lens is how much harder it is to flare thanks to the new coatings.

Here’s an example of a shot taken specifically to induce flare and it’s still not that severe. Even in portrait situations, there were times when I expected a wash of flare to take over the frame, but it didn’t happen. If that’s something you hate, then you’re in luck, but if you want that effect, you might have to invest in a crummy UV filter to put over the front lens to bring it back.