This backpack takes carrying GoPro cameras to the extreme 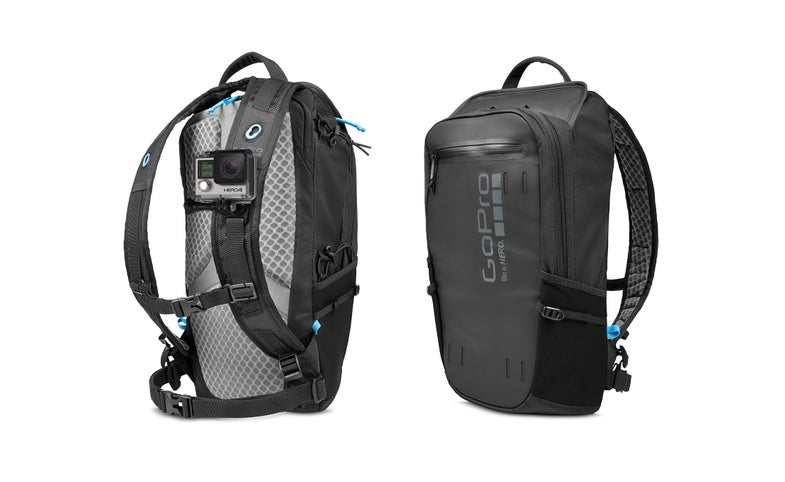 There are plenty of bags out there designed to carry around GoPros and other action cameras, but now GoPro has launched a backpack of its own called the Seeker. It holds five cameras inside, but has a variety of mounting options that make it seem interesting for the serious action shooter.

The 16-liter bag is built like a daypack, meaning it can carry gear as well as other essential adventure provisions such as snacks and extra clothes. It’s also compatible with a hydration bladder, which is pretty common in outdoor-oriented bags like this.

In addition to the internal storage, there’s also an integrated chest mount that holds the bag straps together in front of you. I personally think the chest mount is often the best place to mount a GoPro, so having a backpack that’s ready to facilitate that is a big plus. You can also mount a camera to the strap or over the shoulder using an optional 3-Way accessory.

The pack is built to be light and tough, as you might expect from an adventure bag. As with many first-party accessories like this, it doesn’t come particularly cheap, commanding a $169 price tag. However, if you’re running five GoPro cameras or more, you’re probably pretty committed to the GoPro ecosystem and the price may not be a big deal.

You can order it now on the GoPro site.