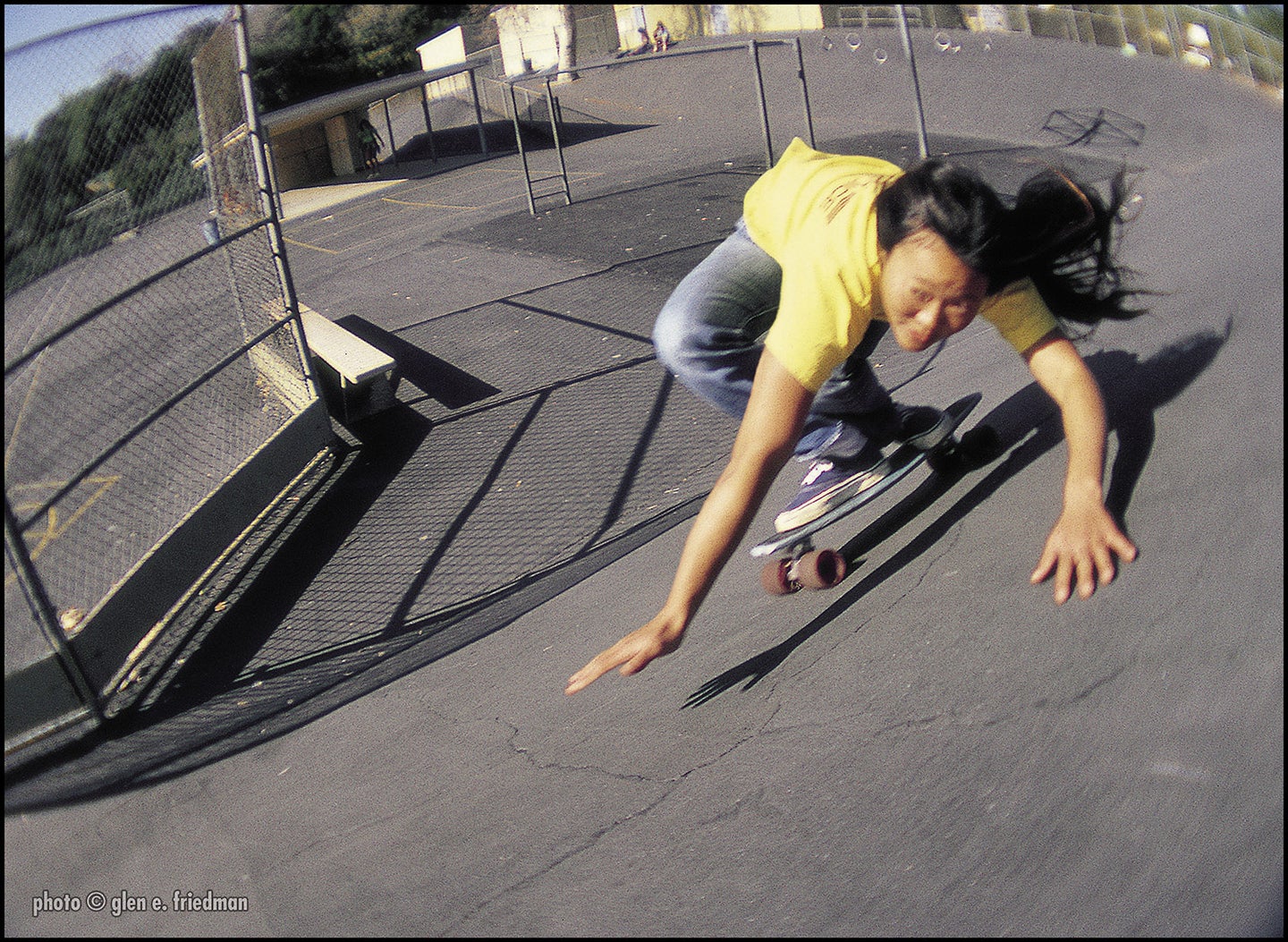 C.R. Stecyk often credits me for uncovering and documenting some of the original radical energies of DogTown’s skate heyday. But if it weren’t for the instigation and inspiration of his articles, which so vividly told the story of our environment, I doubt that my life’s work would have the influence it does.

This is where it all began for me: DogTown and the Zephyr aesthetic. I was skating the schoolyard banks at Kenter, Paul Revere, and Brentwood when I met the members of the original Zephyr crew. I was never as good a skater as any of them, not at all, and I was about a year younger than Jay, the team’s youngest. Those days, hanging out at Kenter, were when I first began to comprehend my own identity. It was a tough crowd, and everyone (except the freestylers) was a badass. It wasn’t about competition. It was about doing the best you could for yourself and holding your own within the group. There were those who could and those who couldn’t. If you rode hard and fast with style, you were down. If not, you were just another one of the kooks. I tried as hard as possible not to be one of the kooks, and I guess I was okay.

I was taking photography class in seventh grade at Revere with my pocket Instamatic. I started taking shots of the guys since they were friends and skating better than anyone from anywhere, and they were also now becoming famous and a few were getting in the new Skateboarder Magazine. I sent some of my efforts to the manufacturers, and got them returned. I was told I needed to send slides or black-and-white prints. That would never happen easily with the Instamatic. I was still skating and taking photos with that pocket camera. I didn’t think there was any reason to get a real camera; they were too big, expensive, and fragile. I got a D in Photography 1. I never followed the assignments, but the classes really helped me understand the basics. That’s all I really needed, that and a borrowed 35mm camera when I finally found a cool pool on my own and invited Jay to come skate it. When I told him I was also going to bring a “real” camera, he was into it. I took one roll of color slides and one of b&w. I took my first published photo that day, six months after I received that D!

Hanging out with these guys became a whole new trip—now I could get them in the magazine too! I was just a kid like them, someone whose ass they could kick and badger all day long if they wanted, and all I could do was try to keep up and hold my own like I did when I was skating. These guys toughened me up real good. I was practically forced to get great shots. I knew them pretty well, for better and for worse. It was like a big extended family, as they all used to look out for me, and I always continued to try to do the same for them. It was all about attitude and style with this crew, and I must say this is where the roots of mine came from.