The new Profoto Clic Octa Softbox sets up in seconds 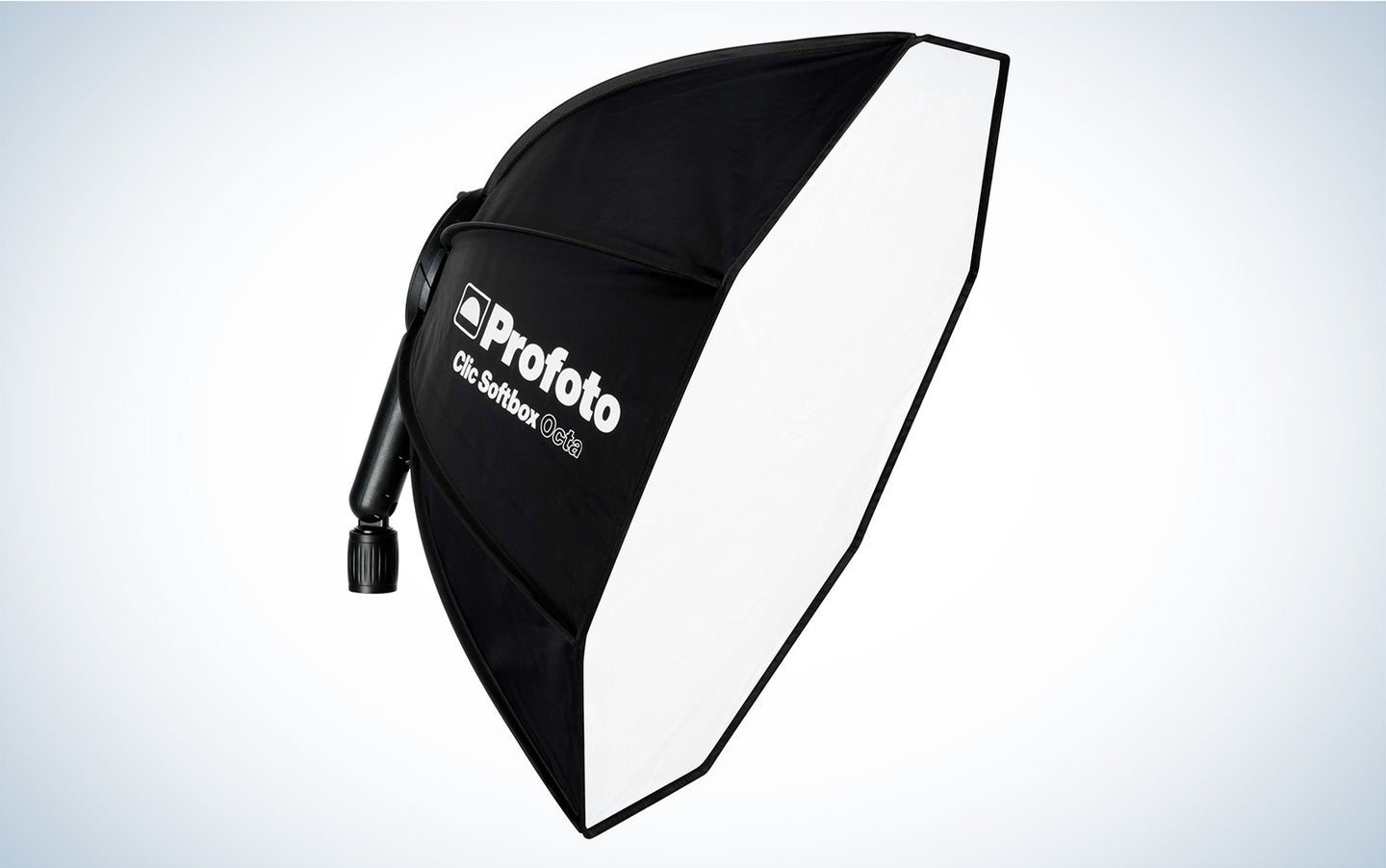 The stand mount doubles as a handle. Profoto
SHARE

The softbox setup process can be tedious and time-consuming, especially when you’re in the field. Rapid boxes remedy that problem by using the same basic structure found in an umbrella, but with a deeper curve and an integrated diffuser panel at the front. It’s much simpler than the old system, which involved bending rods into holes on a speed ring. You can already find plenty of rapid boxes on the market, but Profoto now offers one called the Profoto Clic Octa Softbox specifically designed for use with its high-end A-series flashes.

The new Profoto Clic Octa employs the same magnetic mount found on all of its Clic-series flash attachments. Each accessory clicks onto the round A-series heads with a sturdy magnetic array that makes them simple to snap on and off. Most of the current Clic accessory lineup includes smaller flash accessories. The colored gels allow for pops of color while the snap-on grids help prevent light from spilling out in every direction. Profoto also offers a basic diffuser cap to soften the light. The new Clic Octa Softbox takes that diffusion much further by creating a diffused light source that’s more than 20 inches across.

Like other rapid boxes, the flexible ribs that create modifiers shape attach via hinges to the mounting ring. Collapsed, the modifier fits easily into a narrow bag. Expanding and attaching the Clic Octa, however, only requires you to snap the mount to the flash head, then pull the ring into place to expand the ribs. Then it’s ready to go. You can see a demo of the process in the video above.

The whole modifier sits on a metal stand mount that doubles as a grip for shooting handheld. A tilting joint in the handle allows the head to angle up and down to get the right angle.

You can buy the Profoto Clic Octa Softbox right now for $299, plus an extra $129 if you want the Soft Grid, which slides over the front of the expanded Clic Softbox to create more directional light. It’s certainly not cheap, but it’s not much more than similar products like the $189 MagMod MagBox Pro softbox once you factor in the cost of the required mount and grip.

If you’re already using the Profoto A-series flashes, this seems worth checking out to save some time setting up light mods in the field. I have a much older and cheaper Glow speedlite rapid box that I really like despite its clunky hot shoe mounting system. The magnetic attachment seems like a very real upgrade.