OWC expands into photography with a new line of high-speed, rugged memory cards

Other World Computing—a brand we know and love for computer peripherals—has a new line of 'Atlas' CFexpress (Type B) and SD memory cards. 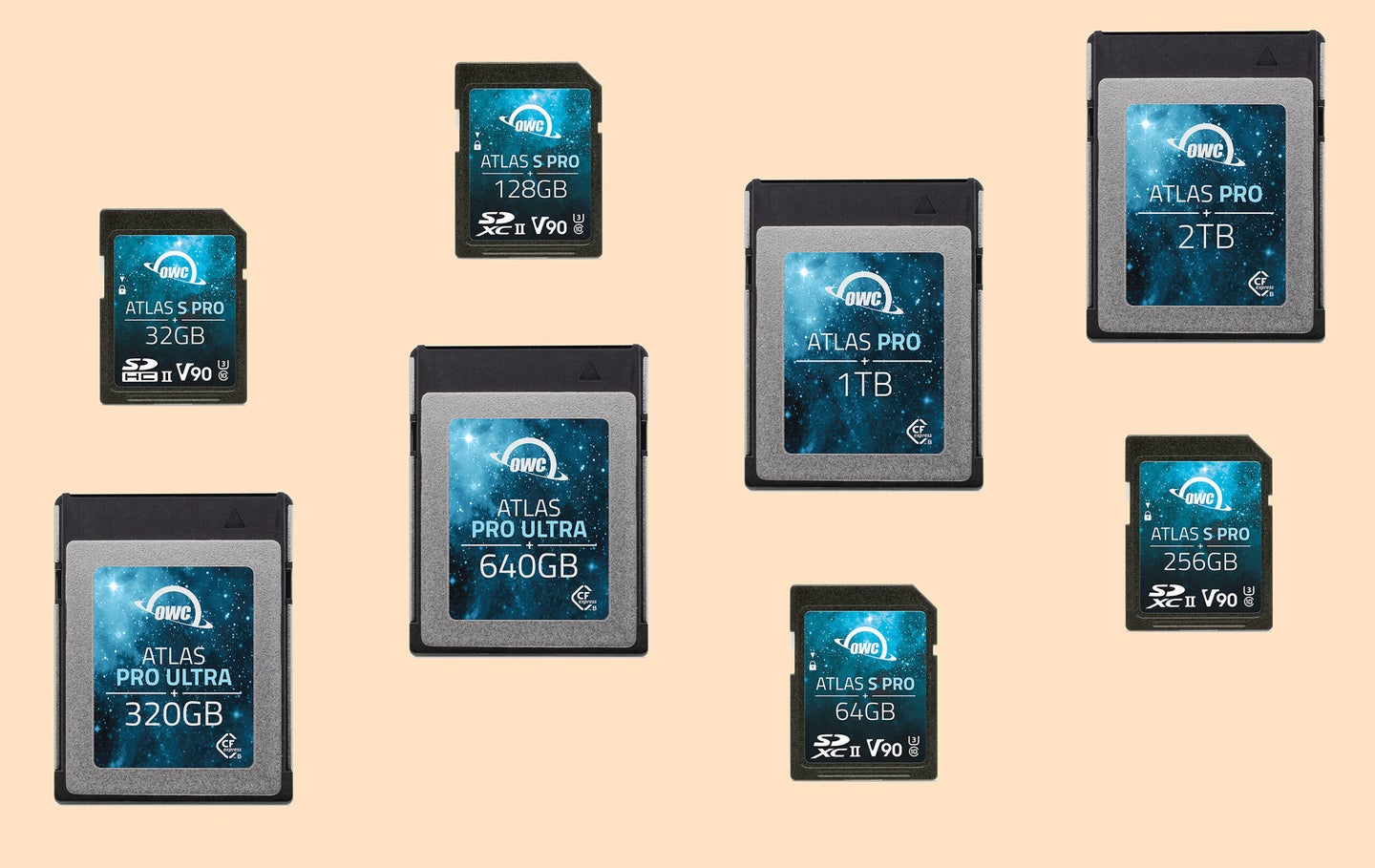 OWC has just announced a new line of high-performance, rugged SD and CFexpress Type B memory cards aimed at photographers, videographers, and other creative professions. Price and performance-wise, they look set to go toe-to-toe with the best companies like SanDisk and Sony have to offer.

OWC stands for Other World Computing. Since the late-80s, the brand has produced high-end memory upgrades, external drives, network-attached storage, and accessory products, like docks and cables, for Macs and PCs. In 2010, it started producing flash storage devices, and now it’s taking that knowledge and making professional quality memory cards.

This isn’t some new brand launching a line of memory cards—it’s an incredibly respected and successful one expanding into a new area.

More interestingly, OWC makes a big deal about how durable its cards are. It uses “advanced pseudo-Single-Level Cell (pSLC) flash memory to deliver 10X higher durability,” and claims they are resistant to impact, bends, shocks, UV rays, and X-rays. To back it up, they are covered by a five-year limited warranty.

Like its SD cards, OWC claims the Atlas Pro and Atlas Pro Ultra CFexpress cards are “rugged”, “tough”, and resistant to impact, bends, shocks, UV rays, and X-rays. Likewise, they also have a five-year limited warranty.

There is also an accompanying Atlas FXR Thunderbolt CFexpress card reader that will be available around the same time. Apparently, it is around the size of a credit card (“nearly 7x smaller than other Thunderbolt CFX readers”), and will allow you to “ingest video footage and photos at over 1500 MB/s.”