Available for L-mount and Sony E-mount, Sigma's latest prime is set to ship at the end of the month for $699. 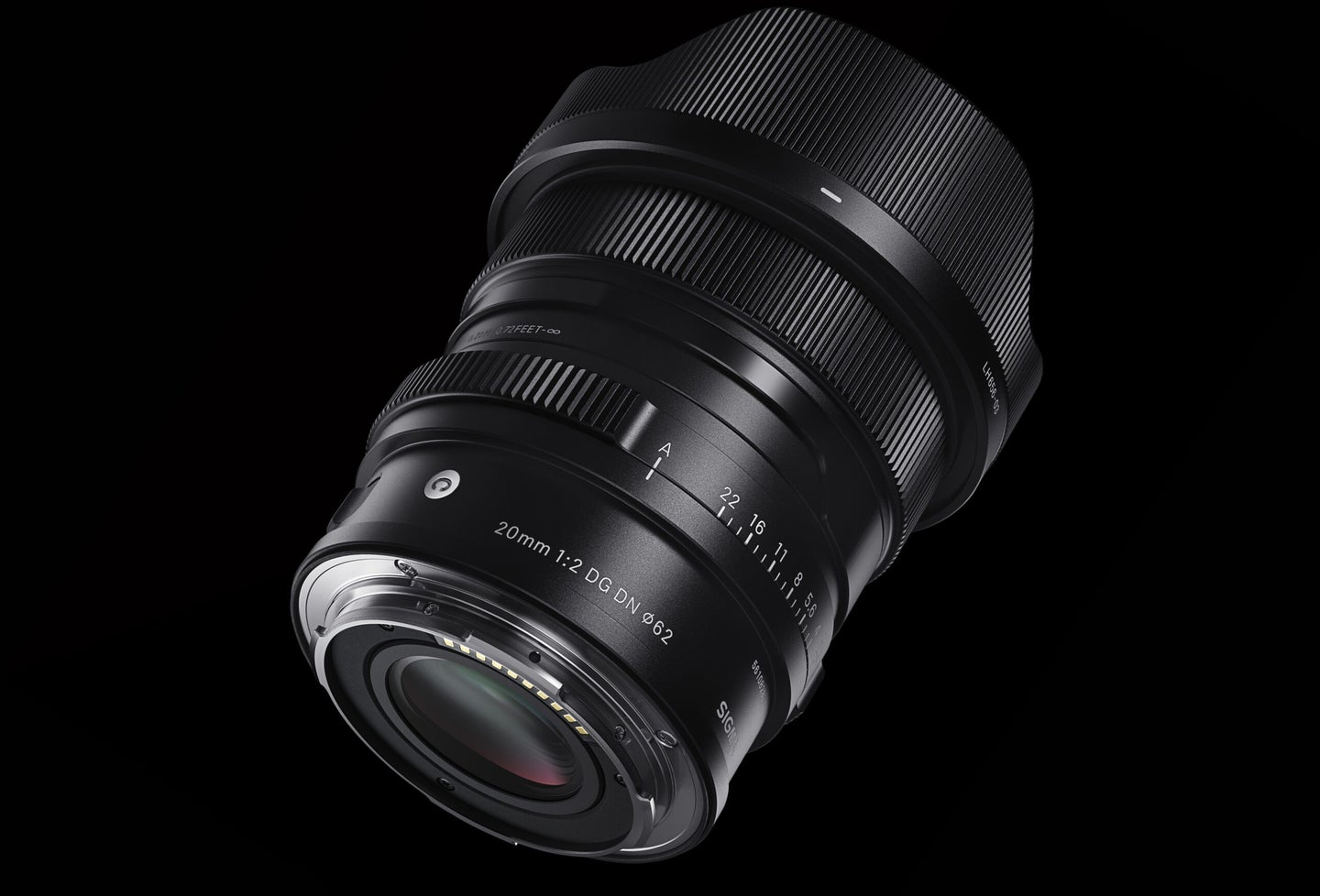 Meet the new Sigma 20mm f/2 DG DN prime lens for full-frame mirrorless L- and E-mount cameras. It’s the seventh lens in the brand’s “I” series of lightweight, compact, high-performance primes, and also the widest in the series. I series lenses are part of the brand’s “Contemporary” line.

A fast, wide-angle prime is an invaluable piece of kit for a range of photographic disciplines. In particular, we could see this appealing to astrophotographers, landscape shooters, street photographers, interior shooters, and more. It’s also a good fit for anyone working in low light conditions, like wedding, event, and live music photographers.

Additionally, the Sigma 20mm could potentially be a good wide-angle option for video shooters, seeking something rugged and compact. In fact, the L-mount version features an option to toggle manual focus control between linear and nonlinear responses. The former allows for repeatable manual focus pulls. That said, Sigma makes no mention of whether not focus breathing—where the field of view shifts during a focus pull—is well controlled. This is something video shooters will surely want to know before investing.

Nevertheless, Sigma has hinted that this linear/nonlinear functionality will be brought to other I series lenses in the future, via firmware updates. Speaking of firmware, the new Sigma 20mm is compatible with the brand’s USB lens docks.

All of Sigma’s I series primes feature rugged constructions. And the Sigma 20mm is no exception. It’s built from machined aluminum with a brass base and is both dust- and moisture resistant. Even the lens hood is metal.

As mentioned, the footprint of this lens is pleasantly compact, it weighs just 13.1 ounces and is 2.8-inches wide and 2.9-inches long. The lens barrel has a manual focus ring near the front and an aperture ring—with an “auto” position—near the back. There is also an AF/MF toggle on the side of the barrel.

The front accepts 62mm filters and the lens ships with a magnetically-attaching cap.

Multiple special coatings should also help to reduce and even eliminate instances of ghosting or lens flare. And an 8.7-inch minimum focus distance doesn’t quite put this into macro territory, but it does mean you’ll be able to get fairly up close and personal to your subjects.

Autofocus power comes from a stepping motor (STM), which should mean ultra-silent, ultra-fast AF acquisitions. Focusing is internal, meaning the lens does not extend/contract as it racks. The Sigma 20mm sports a 9-blade diaphragm, with apertures ranging from f/2 to f/22.