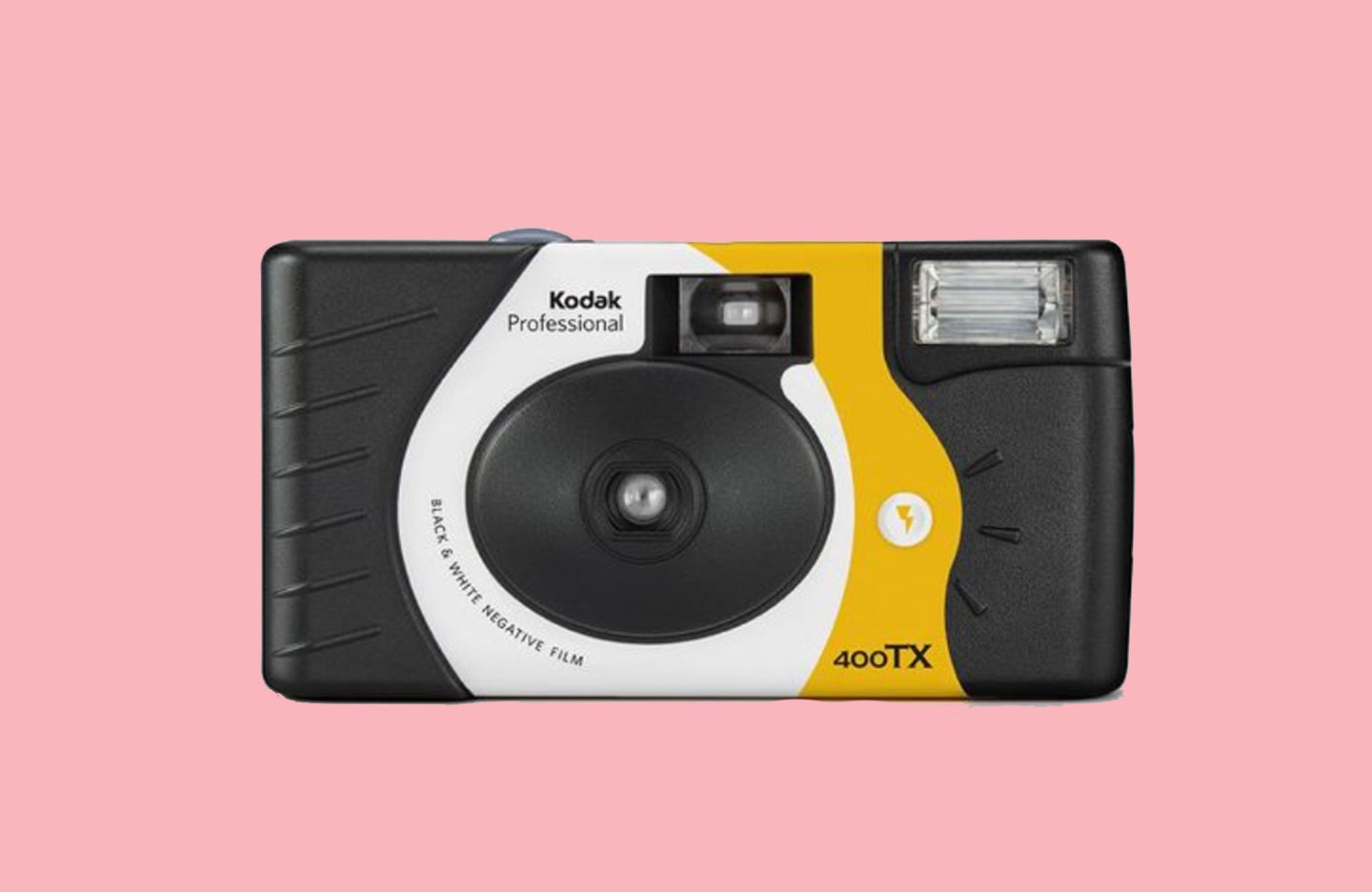 Disposable cameras are a great way to dabble in the world of film photography. They require very little investment, and the combination of a cheap lens and a prominent flash make for a unique and distinctive look that smartphone cameras can’t easily replicate. Now, Kodak has introduced a new disposable that comes loaded with its iconic Tri-x 400 black-and-white film. It’s a relatively affordable way for the analog-curious to try one of the most famous films of all time.

The legend of Kodak Tri-X

Even if you’ve never shot a roll of Kodak’s Tri-X 400 film, you have definitely seen images taken on it. It debuted as a large-format sheet film in 1940, but it soon after became available in 35mm and medium format. Tri-X became a staple for photojournalists and other working photographers because it provided tremendous flexibility and latitude.

With the camera set to expose the film at ISO 400, the stock provides solid sharpness, punchy contrast, and a very noticeable-but-pleasing grain. In a pinch, however, photographers can underexpose Tri-X by up to three (or even four stops) and then use specific developing techniques to get a usable image at the equivalent of ISO 3200. It’s a technique called “pushing” that really intensifies the grain.

The camera itself offers specs similar to what you’d expect from a typical disposable. It has an F/10 fixed-focus lens that will keep most everything sharp starting from a meter in front of the lens. It offers a single 1/125th second shutter speed option and a built-in flash that fires every time the shutter goes off.

It’s dead simple by design, but still offers the familiar Tri-X look. You could easily push the film a stop in processing to really amp up the contrast and grain if you want to hammer home the film aesthetic. Each camera comes with 27 exposures and you can see some early examples of photos shot with it below.

When can we get the Kodak Tri-X instant camera?

Kodak hasn’t announced official pricing or availability for the Tri-X compact just yet. A single roll of Tri-X is already $10, though, and Kodak has announced that film prices are going up in 2022, so we’d expect it to be $20 or even more, which is on the high-end for its color disposables—most of which use cheaper consumer film.

If you can’t wait for Kodak to start shipping these, Ilford currently sells two black-and-white disposables. One comes loaded with its tried-and-true black-and-white HP5 film. The other opts for XP2, which is black-and-white film, but it develops using standard color chemicals (C-41 process).