Medium and large format analog photographers will soon have fewer film options to pick from. Pour one out for the two Fujifilm stocks. 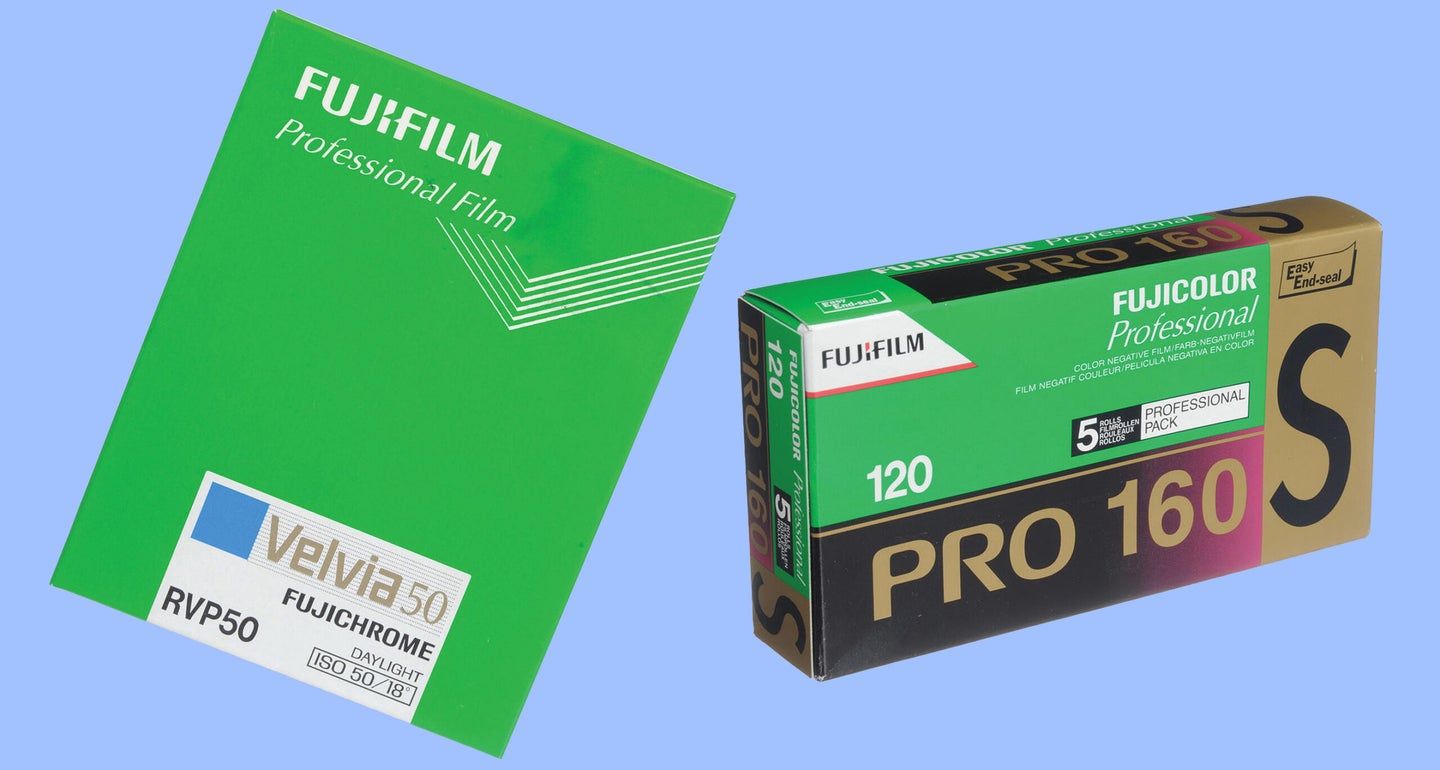 Both films will be discontinued over the next 18 months, so stock up now!. Fujifilm
SHARE

In a serious blow to large format film photographers, Fujifilm has just announced it will stop producing Fujichrome Velvia 50 slide film in 4×5-inch and 8×10-inch formats. It’s also putting an end to Fujicolor 160NS Professional color negative film in 120 format. Both stocks will be phased out over the next 18 months.

When will Fujifilm discontinue Fujichrome Velvia 50?

Fujifilm expects to stop shipping 120 format Fujicolor 160NS Professional in March 2022. It will no longer be available in any format.

What film can I use instead of Fujichrome Velvia 50?

Fujifilm recommends large format photographers use Velvia 100—which remains in production in both 4×5 inch and 8×10 inch formats—in place of Velvia 50. Unfortunately for US customers, it was recently banned.

This means Fujichrome Provia 100F and Kodak Ektachrome E100 are the only large format slide films still being produced.

What film can I use instead of Fujicolor 160NS Professional?

Fujifilm suggests no alternative for photographers who love Fujicolor 160NS Professional. However, since 160NS was created as an answer to Kodak Portra 160, which is still available in 120 format, it’s probably your best bet.

What does this mean for film’s resurgence?

Even though film photography is more popular than it was a few years ago, it’s still an incredibly niche hobby. The vast majority of people just take digital photos on their smartphones. Unfortunately for those of us who love film, it just doesn’t make a lot of sense for companies like Fujifilm to keep producing certain low-selling films.

Still, though, film photography isn’t going anywhere. While there will soon be one less large format slide film for sale, there’s still a decent selection of color negative and monochrome options available.

For medium format and 35mm film photographers, the options are even better. Fujifilm actually reintroduced a film—Neopan Acros 100 II—in both formats a couple of years back.

It’s also worth holding out hope that something like The Impossible Project, which brought Polaroid instant film back from the dead, could happen with large format film. Even if it’s not worth a $32 billion dollar company’s time to make large format slide film, there might still be a market for a much smaller start-up to do so.