A clever photographer made a custom mount to put a 35mm point-and-shoot onto a flying machine. 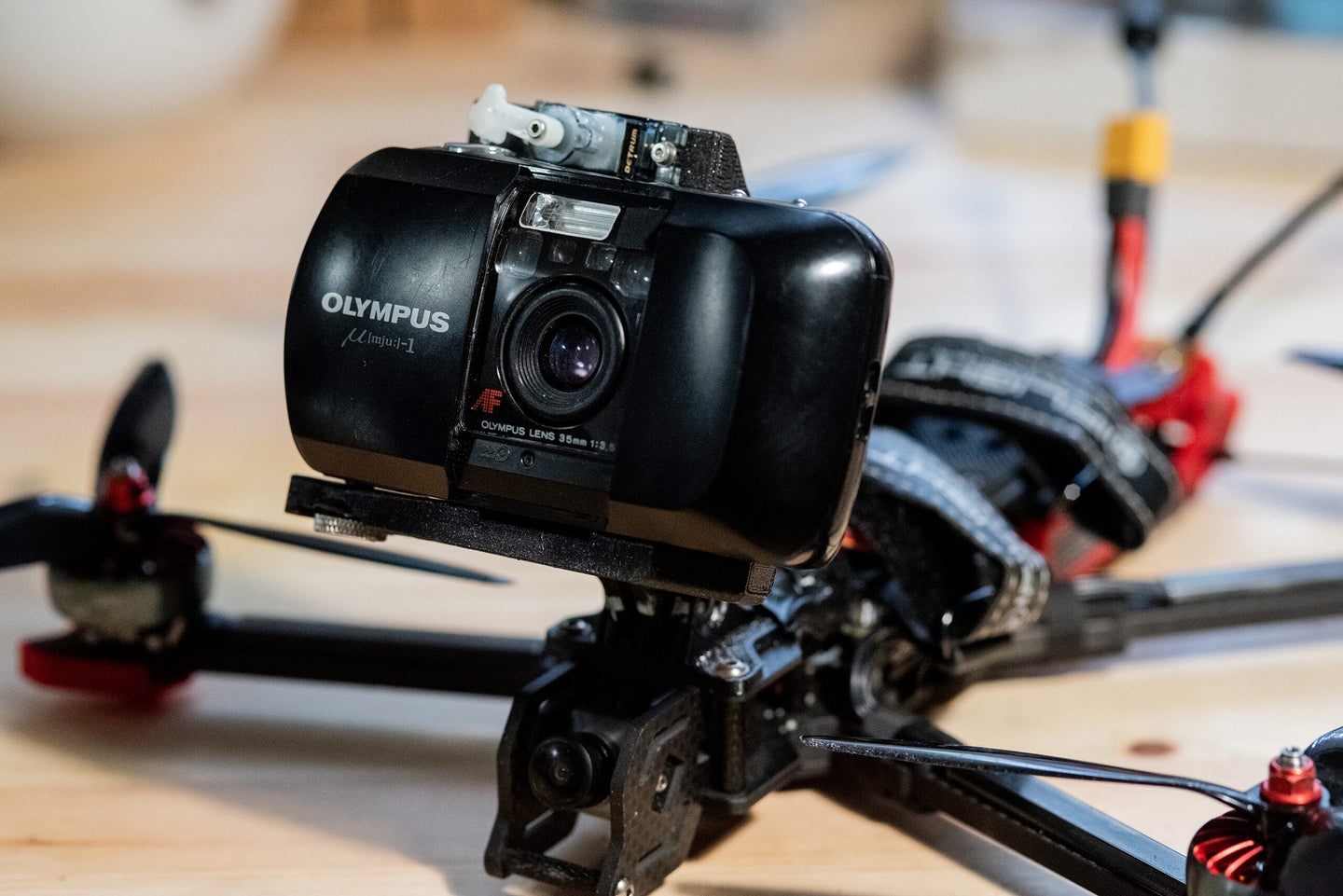 If there are two things we love here at PopPhoto it’s drones and film photography, so it’s no surprise that we were pretty excited to see someone had taken a drone, strapped a 35mm film camera to it, and taken some awesome aerial images.

Jason De Freitas, an Australian aeronautical engineer and self-described “mad scientist photographer,” posted a YouTube video showing how he pulled it off.

He made a custom 3D printed mount and used it to attach an Olympus MJU-i (a truly great little film compact) to a long-range iFlight Chimera7 FPV drone. The drone is designed to carry big batteries and a GoPro for longer flight times, so it seemingly was easily able to handle the extra weight of the MJU-i.

For the aerial photos, De Freitas shot Provia 100F. Of course, he couldn’t exactly press the shutter button himself so he used a radio-controlled micro-server built into the camera mount to control things from the ground.

It’s worth noting that as an FPV drone, De Freitas was able to get a real-time view (through a pair of FPV goggles) so he could frame his shots.

How do the photos look?

On his site, De Freitas explains that “there is an unexplored territory between land and the sky that film has never had a good opportunity to explore. That is the sky below 400ft.” This gives the images a pretty unique look and perspective.

De Freitas shot this series of aerial landscapes around sunset on the New South Wales coast in Australia. The moderate saturation and contrast of the Provia 100F slide film work brilliantly with the soft golden light from the setting sun.

Make sure to watch the full slide-show in the YouTube video to see all the results.

If you love any of De Freitas’ aerial landscapes, they’re available as prints from his website. You can also follow him on Instagram and YouTube to see more of his wild experiments like shooting a lunar eclipse sequence or a time-lapse of the Milky Way on 35mm film—and entirely in-camera.