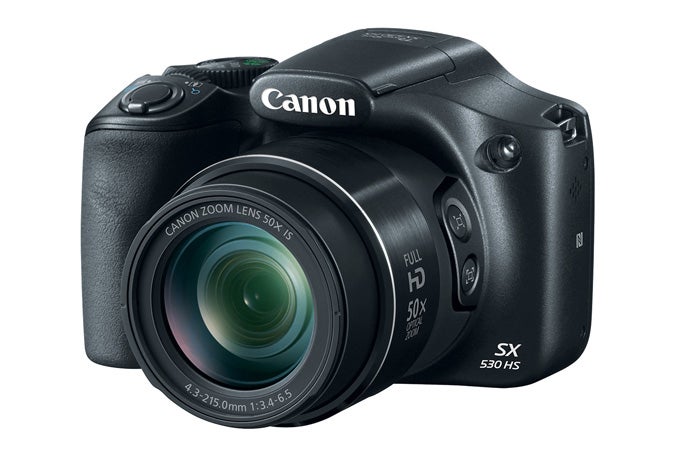 Just a few years ago, we would expect a whole pile of new compact cameras to make their debut at the Consumer Electronics Show. Now, in the age of the smartphone camera, the sheer number of new compacts has been reduced, but they’re not gone just yet. Canon has five new models that update some of their most popular lines of consumer-oriented compact cameras.

PowerShot SX530 HS
The follow-up to the SX520 HS has a 50x optical zoom lens (24-1200mm equivalent) and a 16- megapixel sensor coupled with the DIGIC 4+ processor. They have also revamped the Image Stabilization, making it smarter so it can recognize certain shooting situations and customize its performance to match.

Like the other new SX-series cameras, it also has built-in Wifi and NFC so it will work seamlessly with Canon’s new Connect Station content hub when it comes out in April.

While it’s not quite an advanced compact like the powerful PowerShot G7 X, this is the powerhouse in Canon’s more consumer-oriented segment. It has 30x optical zoom (25-750mm equivalent), and a 20.3-megapixel sensor coupled with the DIGIC 6 chip. It shoots 1080p video at 60 fps, as well as fast and slow-motion modes. There’s also a suite of interesting shooting modes like Story Highlights, which tries to create a more multi-media experience.

The upside, however, is the price, which comes in at $250, a full $100 cheaper than the step up. It will be available in February and will come in red, black, and white.

The low-end compact segment is still kicking and Canon has two new updates to their affordable line. The ELPH 170 IS has a 12 optical zoom lens (25-300mm equivalent) and a 20 megapixel CCD sensor. It shoots 720p footage and, as the name suggests, has image stabilization. It will cost $149.