CES 2015: Lenovo VIBE Xtension Selfie Flash Is Exactly What It Sounds Like 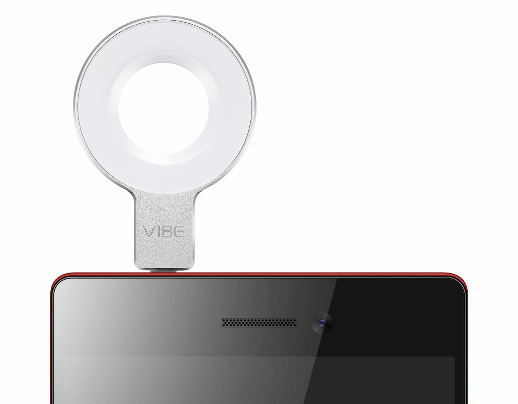 While smartphone cameras have seriously attacked the prevalence of compact cameras here at CES, the number of smartphone camera accessories is seriously on the rise. Lenovo now has a tiny flash specifically for taking selfies called the Vibe Xtension.

For $30, you get a tiny circular array of LED lights that plugs into the headphone jack of a smartphone. I’ve seen a few general tech sites calling it a “ring light,” but that’s not really the case–it’s just shaped like a ring, it doesn’t actually surround the lens or give the effect of a true ring light.

It gets about 100 “flashes” per charge and actually syncs up with the phone’s camera so it can “flash” at the right time. I put “flash” in quotes because it’s not really a true strobe effect that freezes motion in place. It’s just a burst of light from the LEDs as if you were to amplify the power of your smartphone’s current “flash.”

it doesn’t really seem to be powerful enough to use as a video light like some other options, so this seems like it really is specifically for taking selfies. In actuality, the light likely isn’t enough to make a selfie more flattering, but at least it will be a little brighter.