Welcome a 14.7-megapixel screen to the mix 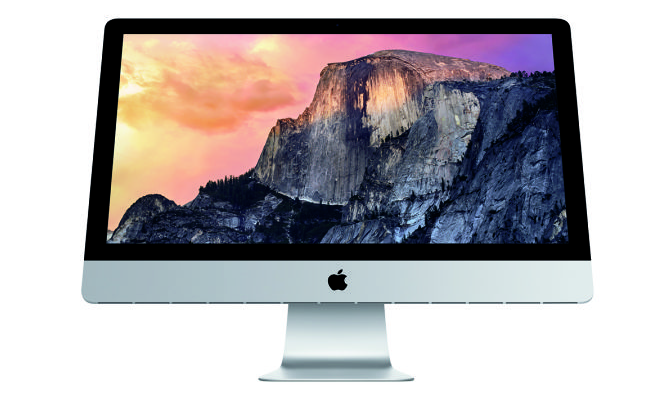 We’re starting to hear more and more about 4K imaging, especially now that some cameras, like the Panasonic GH4 and the GoPro HD Hero4 can shoot it right to their memory cards. One of the limiting factors, however, is a lack of screens that can actually display 4K footage in all their pixel-heavy glory. In typical Apple fashion, however, they skipped right over 4K and gave their new Retina iMac computer a built-in 5K display, giving it a total resolution of 5120 x 2880. That’s 14.7 megapixels.

To put it into perspective, that’s about 7-times as many pixels as it takes to make 1080p, which we currently consider to be HD. Also, if you were to take a photo with the new 8-megapixel iPad camera Apple announced yesterday, it wouldn’t be close to big enough to make a wall paper.

In fact, David Hobby made a great point on Twitter yesterday, saying that even a 16-megapixel camera doesn’t have enough firepower to make a full-sized wallpaper because of the width.

Of course, the new iMac is also a pretty powerful computer. And at $2,500 including that crazy screen, it actually seems like a pretty good deal, at least in terms of Apple products.

Big screens like this are going to become the norm rather quickly, and that’s going to be an interesting development for photographers. The “megapixel race” ended quite some time ago, but now that we’re all so hooked on “pixel peeping” will these new screens be enough to start it back up again?