Canon's clearly focused on the high-end of the compact market 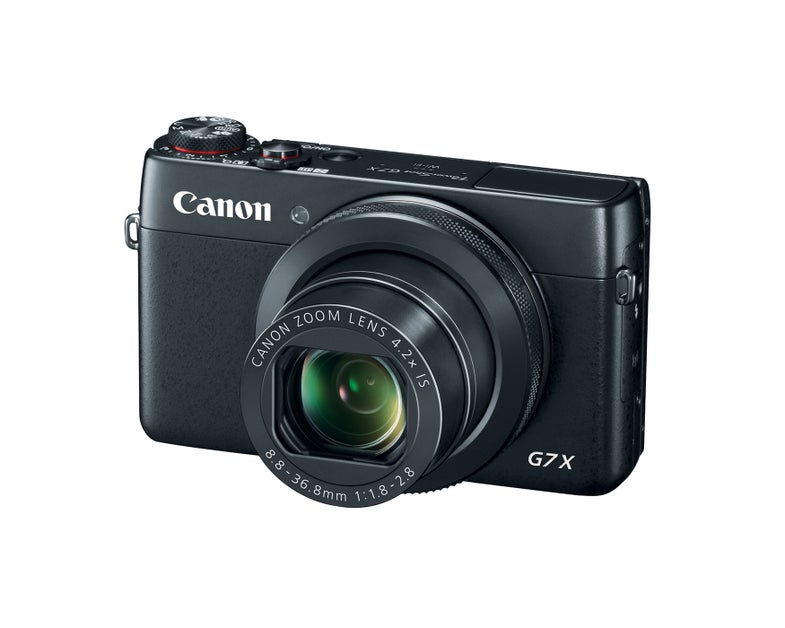 PowerShot G7 X
The one-inch sensor has gotten pretty popular in small cameras lately, and this is Canon’s first foray into the format. The 20.2-megapixel sensor has a range of 125-12,800 and is culled with Canon’s powerful Digic 6 image processor, which is a lot of firepower for a compact.

The lens a 4.2x optical zoom affair with a 24-100mm equivalent and a maximum aperture of f/1.8 to f/2.8. It also have a built-in ND filter for slowing shutter speeds for long exposures or during video capture.

It will cost $699 when it’s released in October

Optical zoom is still one of the key tools dedicated cameras have in the war against smartphone cameras and this one has 65x giving it an equivalent focal range of 21-1365mm. That is a lot of reach.

It includes a 16.1-megapixel CMOS sensor with a Digic 6 processor and some seriously strong built-in IS.

When you’re zoomed out in telephoto-land, it uses the Zoom Framing Assist function, which lets you have a slightly wider field of view in the viewfinder so you don’t lose your subject thanks to the narrow angle.There’s also a hot shoe, so you can use it with accessories and flashes.

You may not remember the original PowerShot N, but it was a quirky square camera that has now gotten an update in the form of the N2. Inside, it has a 16.1-megapixel CMOS and an 8x optical zoom lens, as well as Wifi. But really, it’s the form factor of the N2 that makes it really interesting. The 180-degree tilting screen is touch capable and is designed specifically with selfless in mind. It also has a lot of the standard creative modes that you’d expect in a camera base at a more casual user.

It will be available for $299 when its released in December.