Can a new startup take the shake out of smartphone photos? 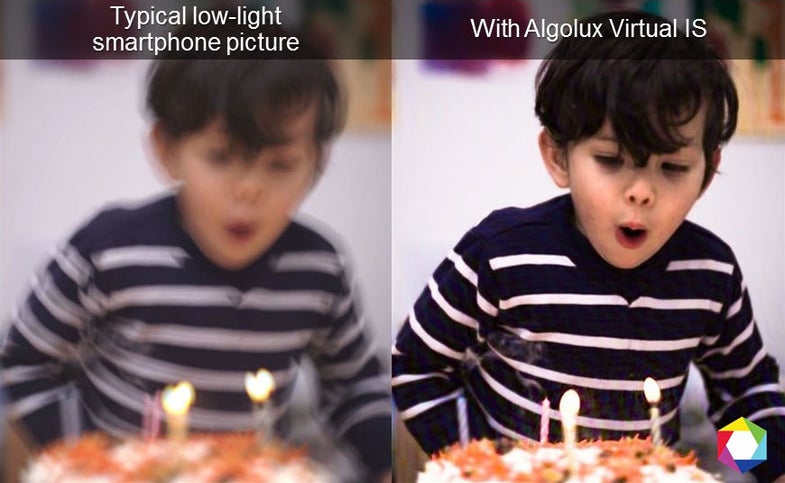 Blurry photos are the worst and, as a result, lots of really smart folks have spent tons of time trying to figure out how to banish them forever. The most recent attempt comes from a company called Algolux, and it’s promising to use some clever technology to steady your shaky hands.

The system is actually made up of two different parts. One piece is software based using something called “Virtual Lens” which identifies issues in camera lenses and tries to “address” them. They claim this will allow camera modules to be smaller and lighter.

The second piece of the system actually uses a devices other camera to capture fine motion data during image capture. Using that data, it can reverse engineer the camera shake and fix the blur in post. In a way, it’s similar to what Adobe does with their photoshop filter, only with more information available.

The company is still very much in start-up mode, raising funds and spraying the word “disruption” all over their website, but the results seem interesting. Whether or not it will ever make its way into a mainstream device, however, is yet to be seen. There are currently several technologies vying to “disrupt” the smartphone photography world, not the least of which is the light field photography tech like what you’ll find in a Lytro.